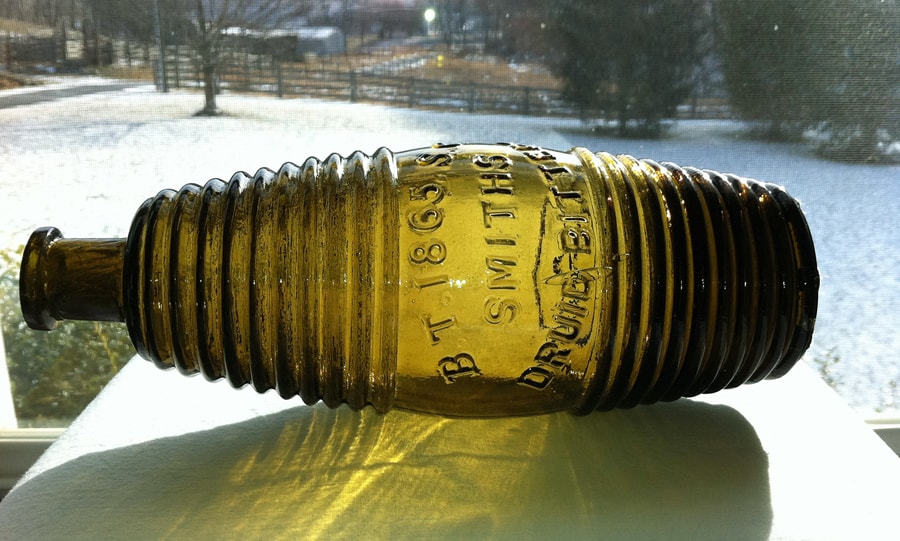 This past January 2011, I made my 2nd trip to Baker, West Virginia to meet with noted West Virginia Bottle Collector, Rodney Funkhouser. On this trip, I picked up the famous green Smith’s Druid Bitters. As events turn, this bottle was then resold to Figural Collector Bill Taylor in Grants Pass, Oregon. The bottle is written up in Ring/Ham as follows…

Rodney Funkhouser had and cherished this bottle since 2000. Joel Sidney (Michigan) had this bottle before Rodney for about 2 years. Mark West originally obtained the bottle from an antique dealer named Jerry Shobe (specialized in stoneware) in Winchester, Virginia. Jerry has since passed. Mark purchased the bottle around 1989. The antique dealer obtained the bottle from a boy who found the bottle in an old store in Gore, Virginia (west of Winchester) that was being torn down. Rodney remembers the store as a child. Three of the Smiths Druids have shown up in this region leading some to speculate a local distributor for this extremely rare Baltimore Bitters Bottle. Rodney’s Puce example was found in Stephens City which is west of Winchester.

I first saw this bottle outside of the Baltimore Antique Bottle Show some 3 or 4 years ago at Rodney’s car. Rodney was fishing for a sale. Bob Ferarro also had a private showing. Some pictures I took from this January are posted below.. 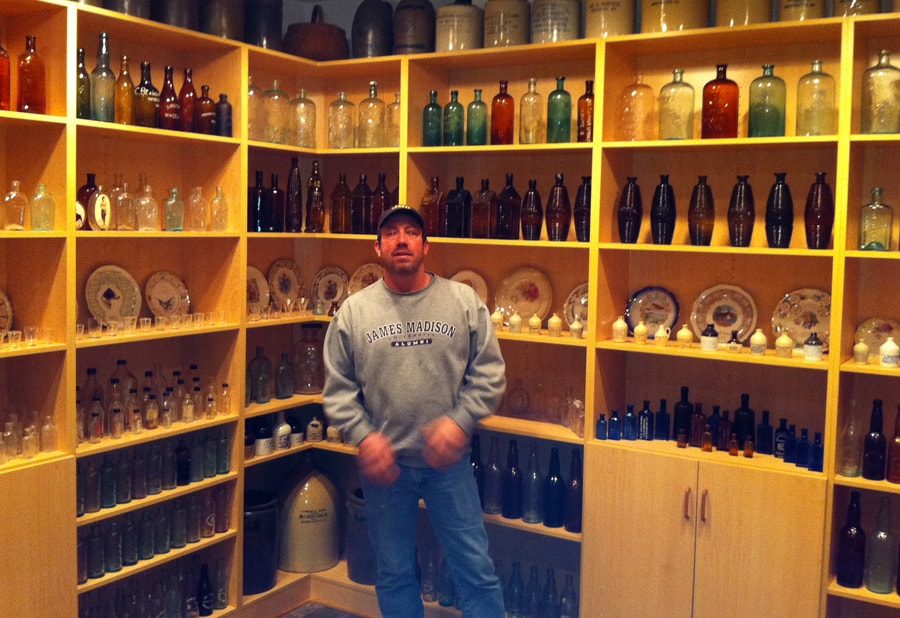 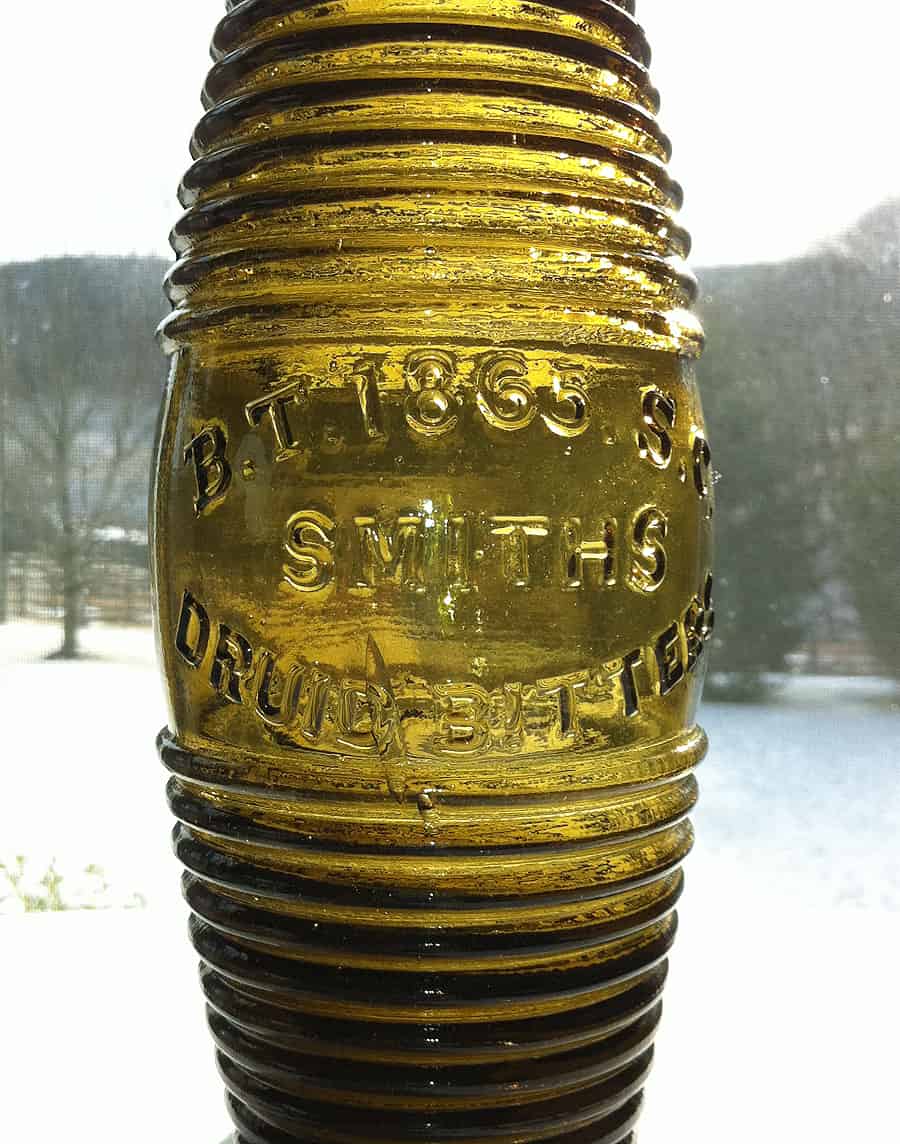 Embossing So Crisp You Could Hang Your Hat On

Ferdinand Meyer V is a native of Baltimore, Maryland and has a BFA in Fine Art and Graphic Design from the Kansas City Art Institute and School of Design. Ferdinand is the founding Principal of FMG Design, a nationally recognized design consultation firm. Ferdinand is a passionate collector of American historical glass specializing in bitters bottles, color runs and related classic figural bottles. He is married to Elizabeth Jane Meyer and lives in Houston, Texas with their daughter and three wonderful grandchildren. The Meyers are also very involved in Quarter Horses, antiques and early United States postage stamps. Ferdinand is the past 6-year President of the Federation of Historical Bottle Collectors and is one of the founding members of the FOHBC Virtual Museum.
View all posts by Ferdinand Meyer V →
This entry was posted in Bitters, Collectors & Collections, Figural Bottles and tagged Baker, Baltimore, Bill Taylor, Gore, Grants Pass, Jerry Shobe, Joel Sidney, Mark West, oregon, Rodney Funkhouser, Smith's Druid Bitters, Virginia, West Virginia. Bookmark the permalink.