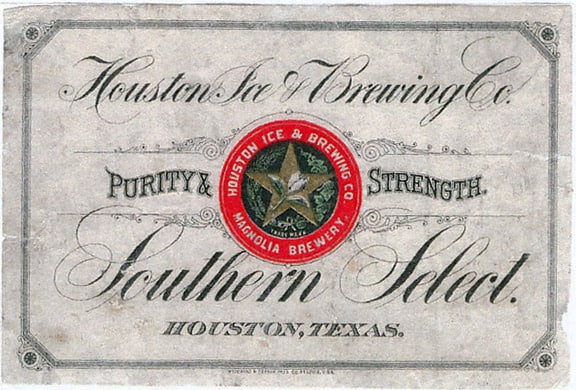 The first time I can find Hugh Hamilton and the roots of the Houston Ice and Brewing Company is an 1887-88 listing within the Houston City Directory. He is located at the corner of Washington and 4th Streets and is the Proprietor and vice-president of Crystal Ice Factory. With a factory and beer vaults, he is also a dealer in hard and soft coal, he manufactures “Hamilton’s Celebrated Ice Machines” and he is representing the great Christian Moerlein Brewing Co. in Cincinatti, Ohio. He also lived at this location. This guy had beer on his mind. The advertisement below pretty much sums it up. 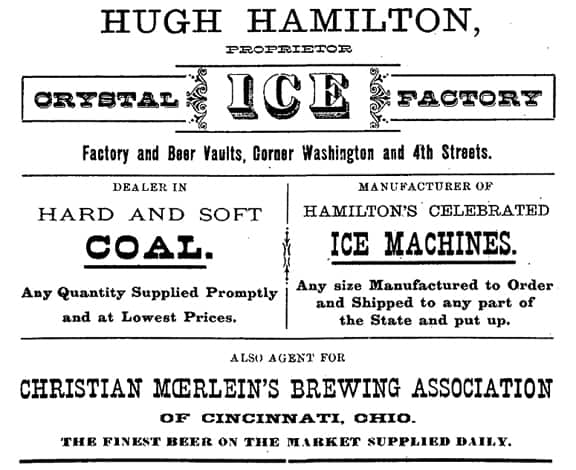 One year later in 1890, Hugh Hamilton is President of the Houston Ice Company, Bertrand Adoue, is vice-president and Hyman Prince is secretary and treasurer. 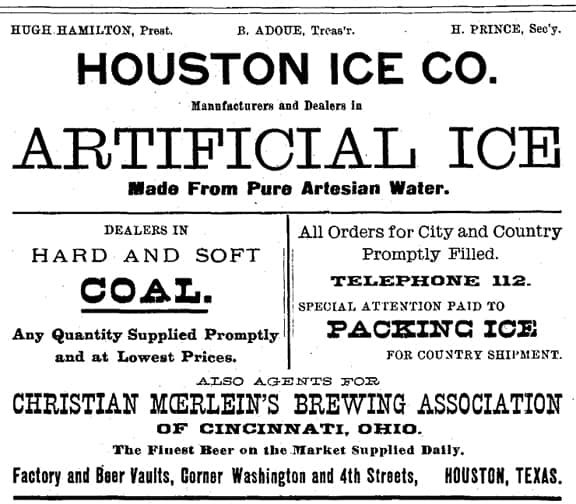 In 1892, the Houston Ice and Brewing Company was formed with the same principals. Hugh Hamilton hired architect Eugene Heiner, an important Houston architect in the late nineteenth century to design and build a four-story main building for the brewery at the original site. In the spring of 1893, the new building was completed. By 1915, the company had expanded to more than ten buildings joined together physically and stylistically. The brewery had now become one of Houston’s largest companies and encompassed more than 20 acres north and south of Buffalo Bayou. 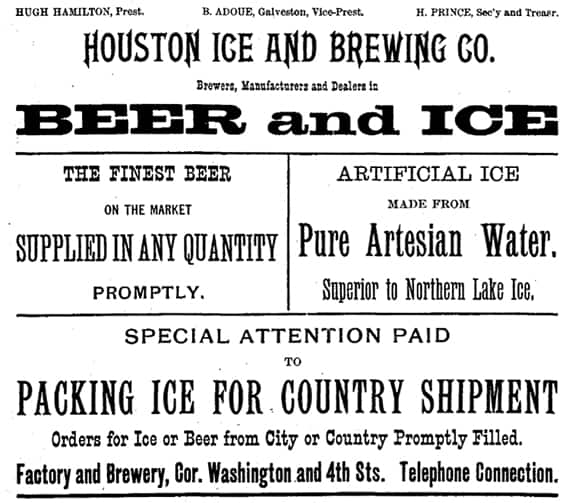 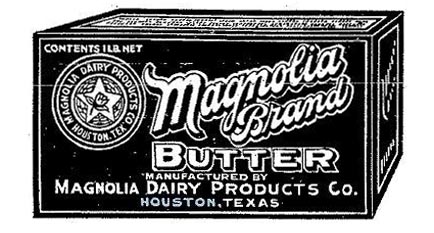 Although the firm sold most of its beer in generic bottles with paper labels, it sold “splits” in embossed bottles from ca. 1910 to ca. 1918. In 1920 they were selling Magnolia Brand Butter (see above) and brewing a nonintoxicating cereal beverage called Bone-dry (see further below)in an attempt to survive Prohibition. After Prohibition, the firm reopened in 1934. 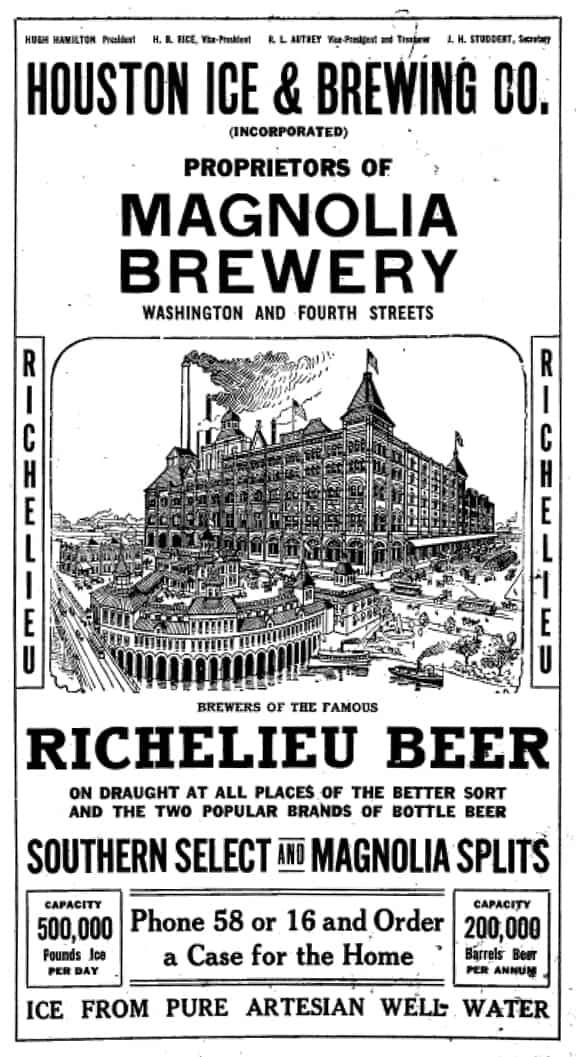 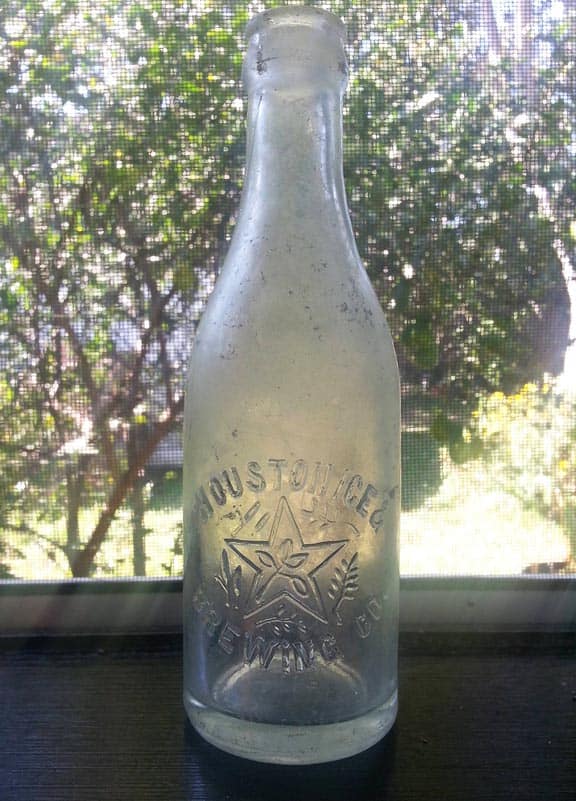 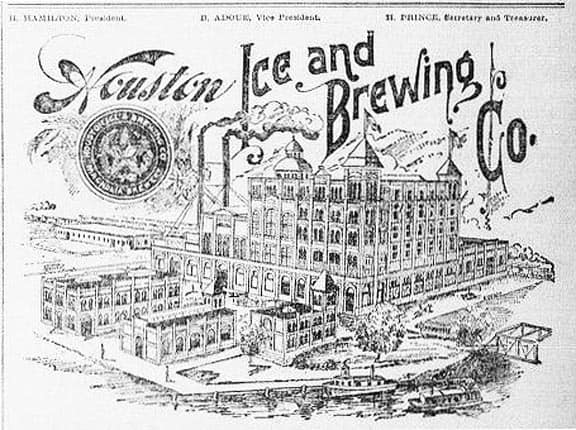 Illustration of the Houston Ice and Brewing Co. buildings on Washington Avenue, in 1894 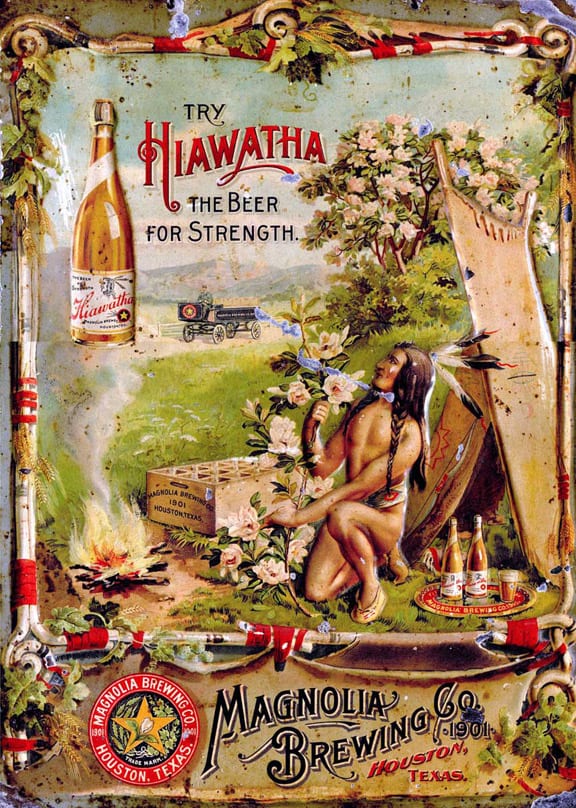 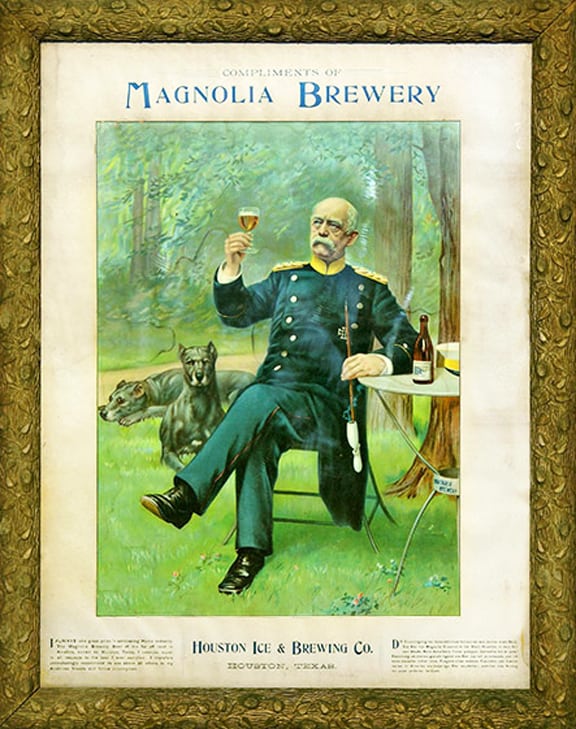 The Kaiser’s Endorsement print for Magnolia Brewery. Hung in the saloon part of Fritz Roensch store in Bellville, Texas. Schauerhammer and Roensch was a saloon, ice house, grocery store, furniture, and dry goods; what was then considered a General Store. It was rather large for such a small town. – Magnolia Ballroom 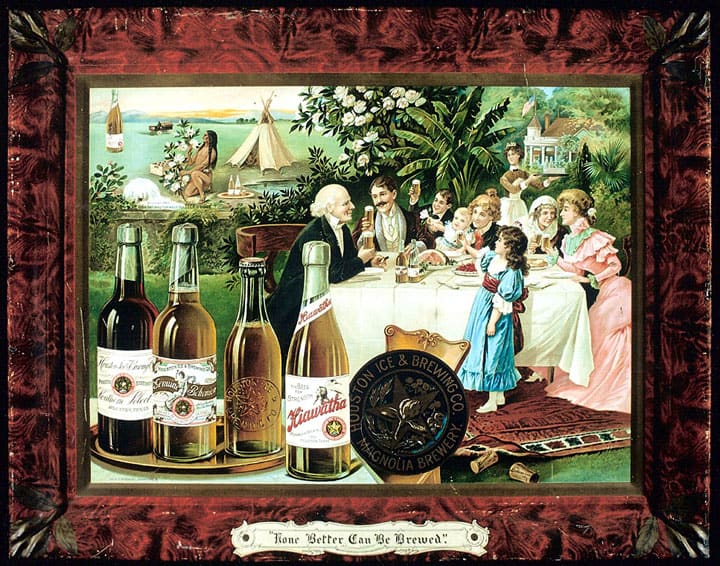 Magnolia Brewery “Houston Ice and Brewing Co.” framed picture. The picture shows a fancy dressed family picnicking by the water enjoying beer that “None Better Can Be Brewed”. The Brands are Hiawatha (that did not last very long), Southern Select (that was the most popular and was brewed until prohibition), Genuine Bohemian (of witch nothing is known), and Houston Ice and Brewing Co. (the original produced brew in early glass bottles). – Magnolia Ballroom 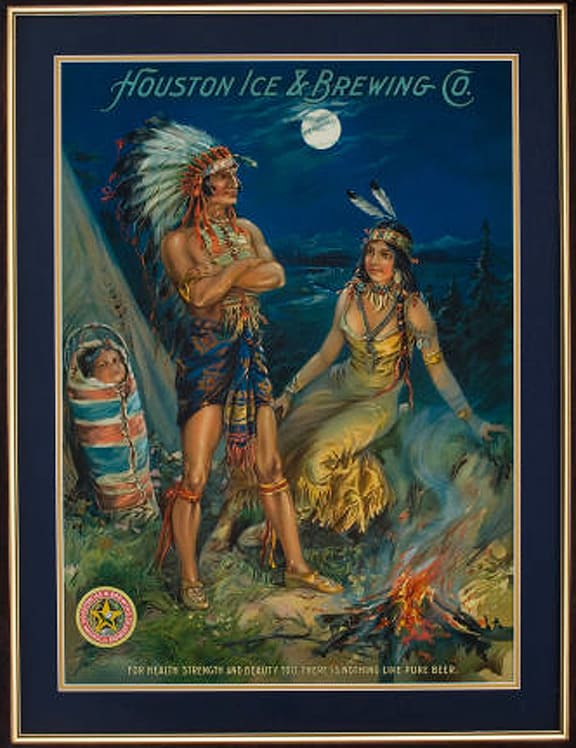 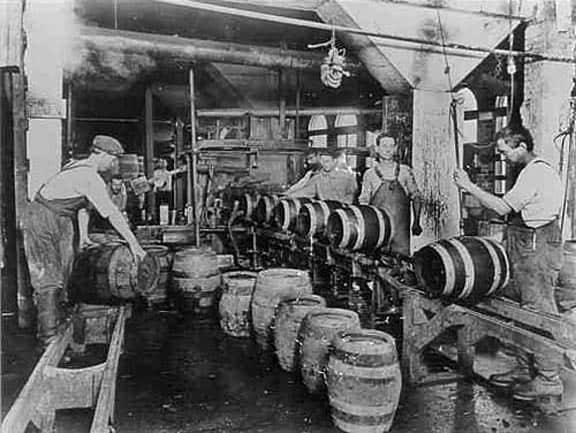 This is the Magnolia Brewery in production. Magnolia Beer was produced as well as Richlieu Beer and the most popular Southern Select. 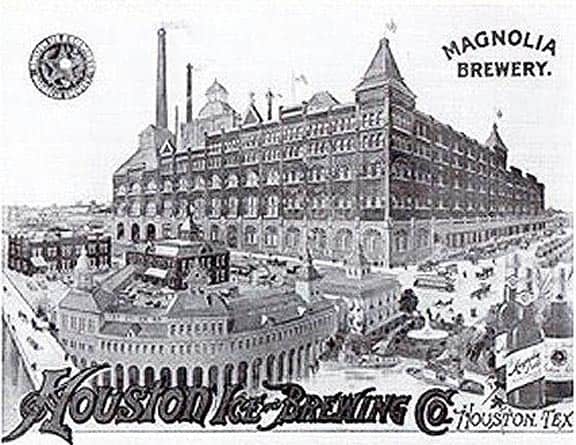 Illustration of the recently enlarged Houston Ice and Brewing Co. buildings on Washington Avenue, about 1907 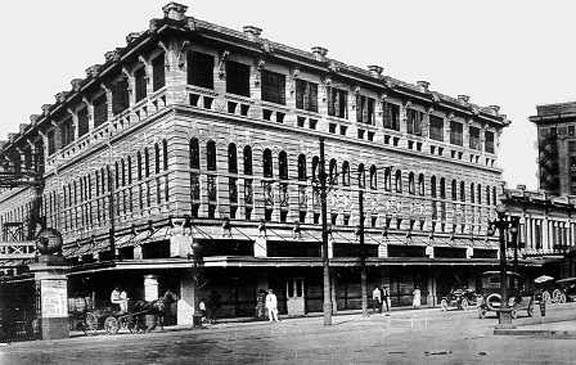 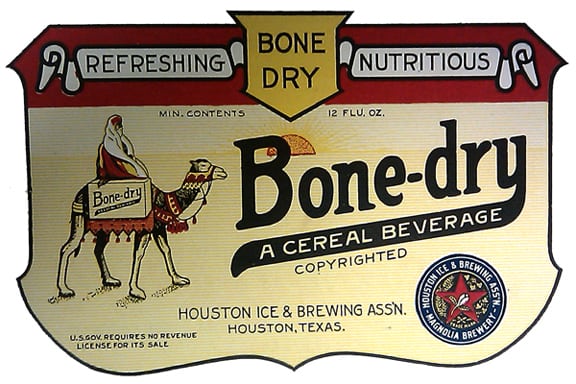 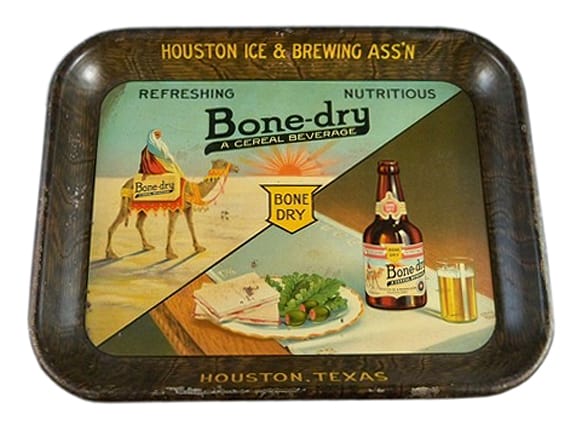 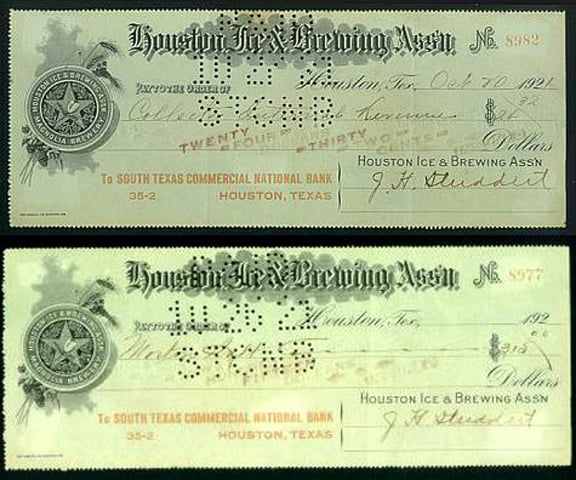 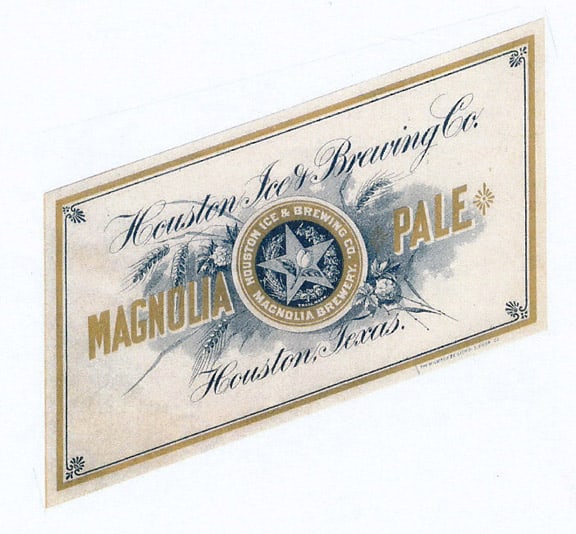 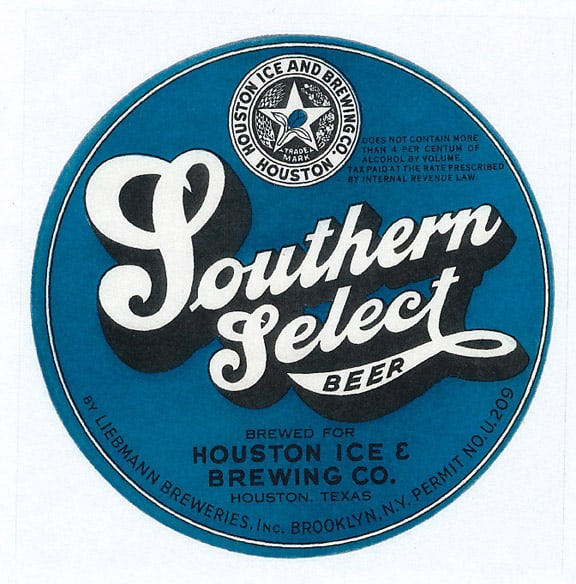 Ferdinand Meyer V is a native of Baltimore, Maryland and has a BFA in Fine Art and Graphic Design from the Kansas City Art Institute and School of Design. Ferdinand is the founding Principal of FMG Design, a nationally recognized design consultation firm. Ferdinand is a passionate collector of American historical glass specializing in bitters bottles, color runs and related classic figural bottles. He is married to Elizabeth Jane Meyer and lives in Houston, Texas with their daughter and three wonderful grandchildren. The Meyers are also very involved in Quarter Horses, antiques and early United States postage stamps. Ferdinand is the past 6-year President of the Federation of Historical Bottle Collectors and is one of the founding members of the FOHBC Virtual Museum.
View all posts by Ferdinand Meyer V →
This entry was posted in Advertising, Ales & Ciders, Art & Architecture, Bottling Works, Breweriana, History and tagged Bertrand Adoue, Bone-dry, Brewery, Brewing, crystal, Eugene Heiner, factory, Houston, Hugh Hamilton, Hyman Prince, ice, Magnolia, texas. Bookmark the permalink.