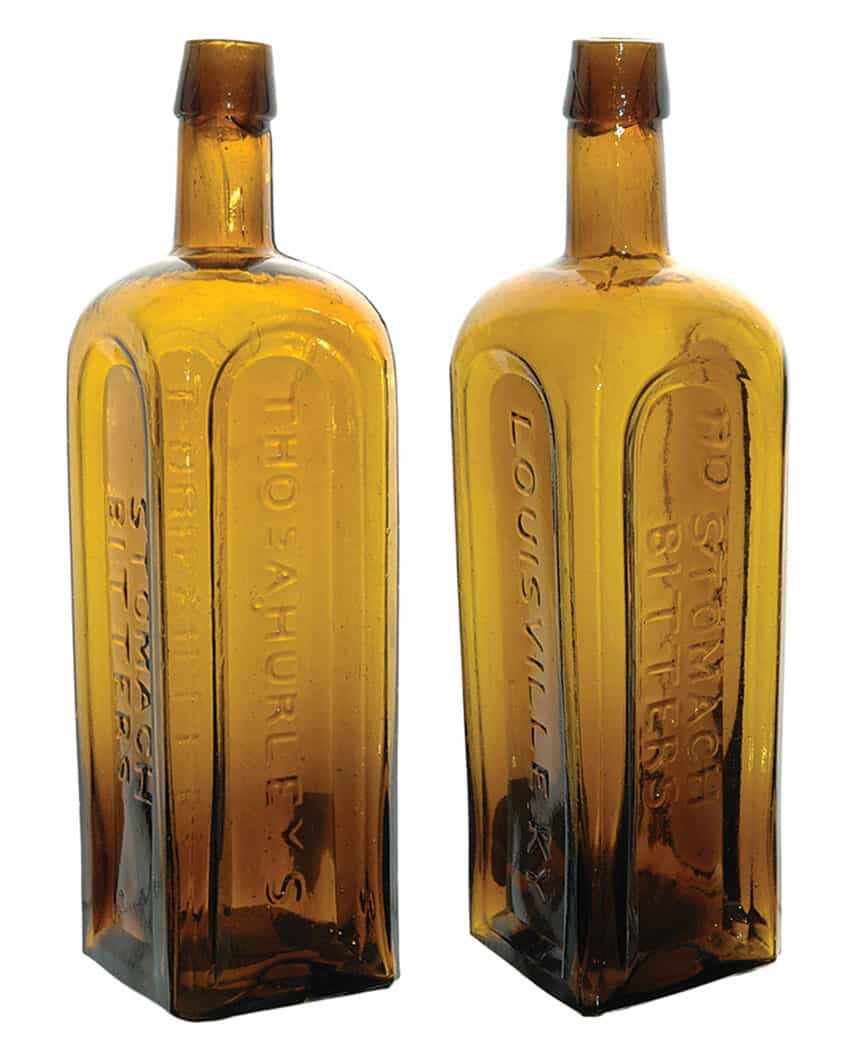 The Hurley’s Stomach Bitters bottle is rated extremely rare and is from Louisville, Kentucky. My example is pictured at the top of this post. There is actually a variant which is unlisted and is pictured further below. Very similar but different indented panels and typography. I think it might be earlier. So who was Thos. A. Hurley? 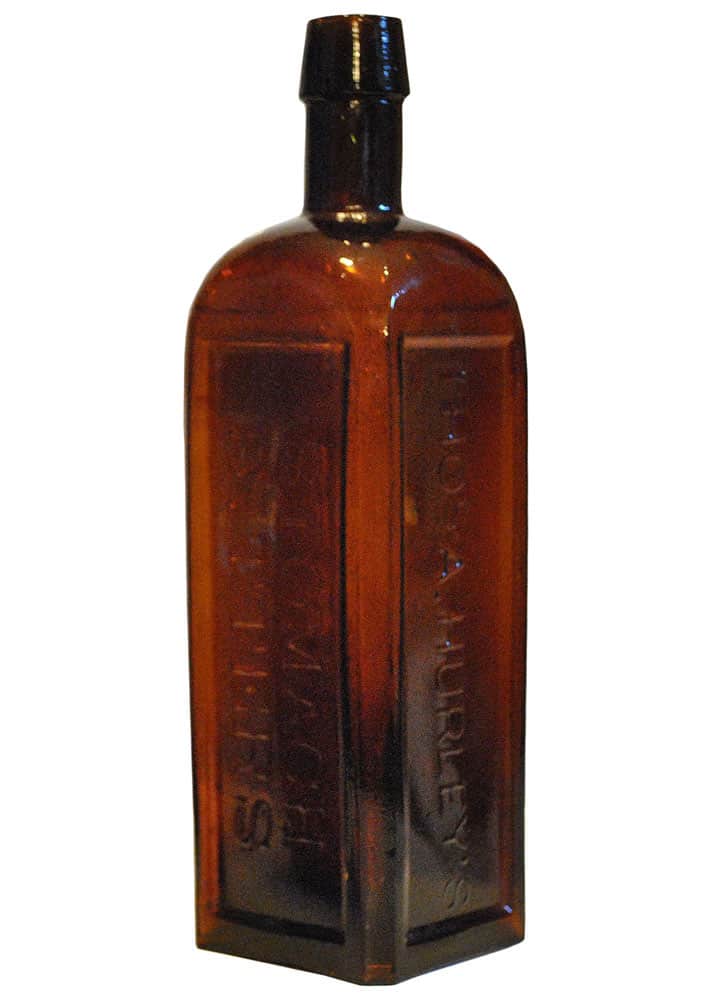 Thomas A. Hurley was a life-long druggist born about 1813 in either Tennessee (1850 census report), Kentucky (1860 census report) or Maryland (1870 census report). That’s real helpful! I can’t confirm any birth location which is odd. We sometimes see conflicting information in these census reports as record-keeping was sometimes not so precise when giving and filling in the forms back then. Hurley also got into the patent medicine trade.

In 1837, Hurley married Susan M. Rogers in Nelson, Kentucky which might be our best bet for where he was born. Maybe his parents were from Tennessee and Maryland? Their children were John R. Hurley, Sarah E. Hurley, Louisa A. Hurley, Henry A. Hurley and William F. Hurley. 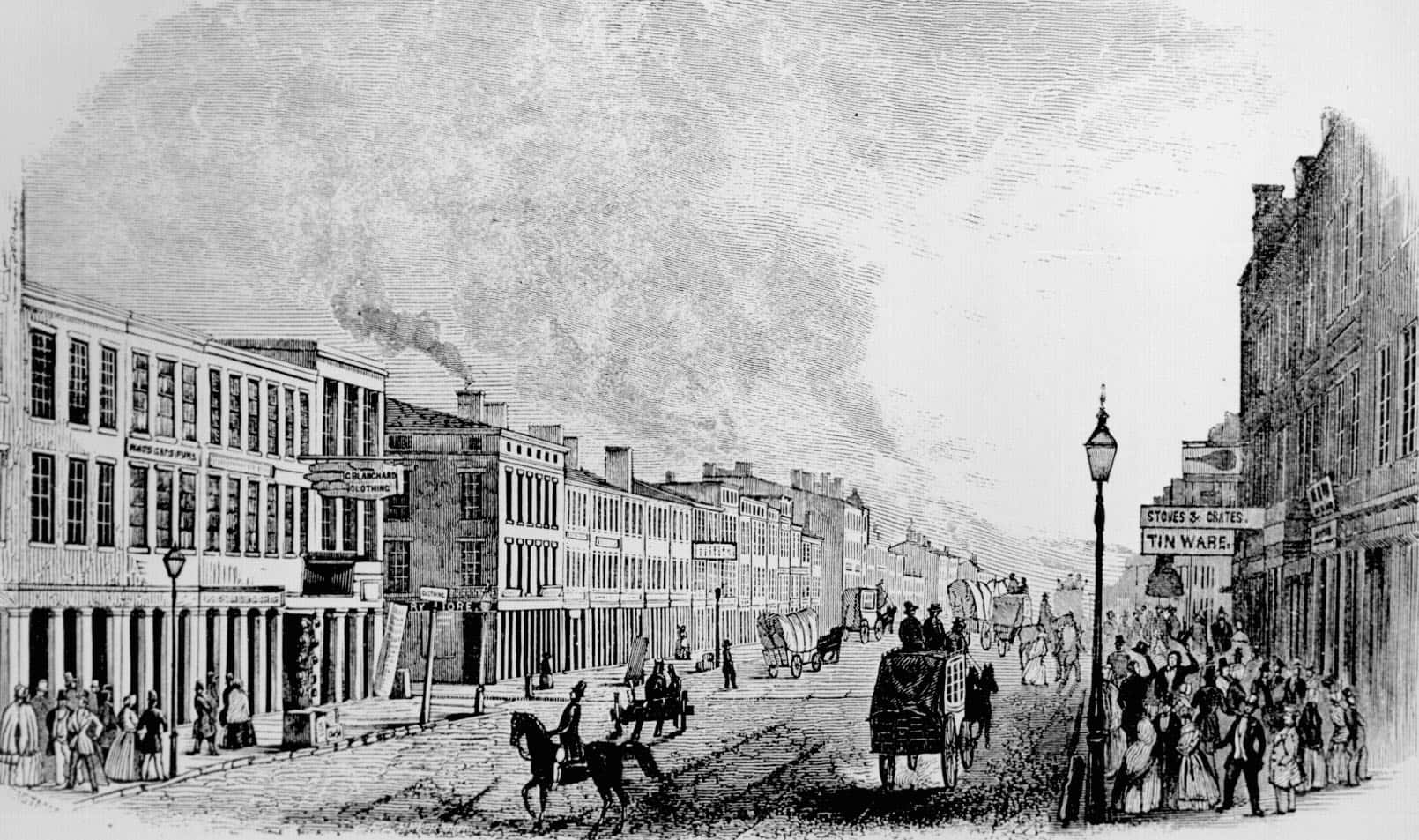 Hurley’s first drug store newspaper advertising occurs in The Louisville Daily Courier in 1850 where he is listed as a Druggist and Apothecary located on the corner of Seventh and Green Streets in Louisville, Kentucky. He was selling medicinal extracts for prescriptions along with Turkey Rhubarb, Pearl Starch, Venetian Red and Tobacco. In 1852, Thos. A. Hurley is noted as a candidate for School Trustee in the Seventh Ward in Louisville. There isn’t much follow-up information here in this direction so he may not have been successful. 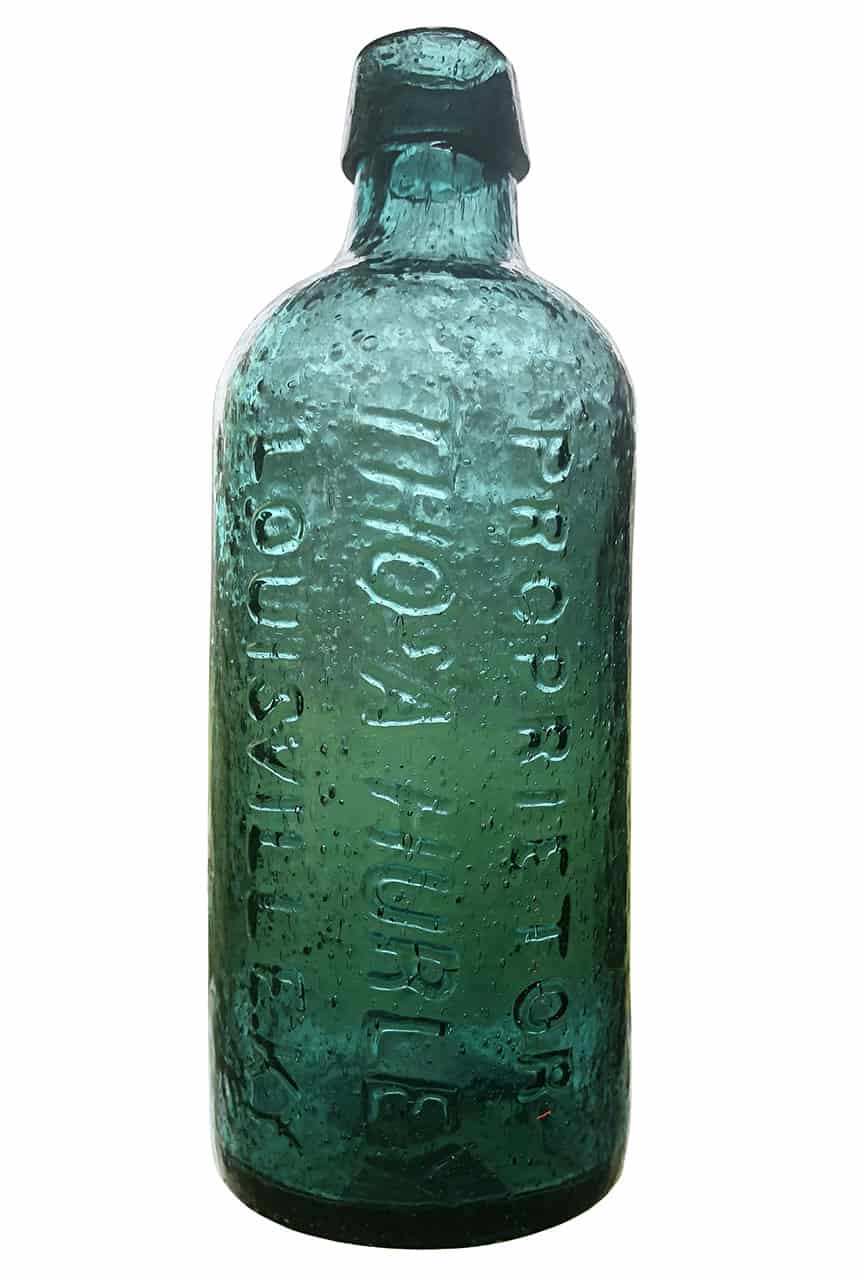 By 1857, we see that Hurley listed his Seventh and Green Street drug store for sale. The sale was completed in 1858 to J. Walker Seaton, another druggist. Hurley wanted to pursue his Sarsaparilla and Patent Medicine Depot on Fifth Street between Market and Main Streets. 1861 advertising in the Louisville city directory notes Hurley as a druggist and manufacturer of Hurley’s Sarsaparilla and Hurley’s Quick Yeast. His address is No. 318 West Market Street, between Third and Fourth Streets. One of his druggists bottles from my collection is pictured above. Quite crude.

In 1865 or so, Hurley partners with James Ruddle and J.W. Seaton and their concern is called Hurley, Ruddle and Company. The druggists are located at 254 Green at the corner of 7th Street. Their signature medicines were Hurley’s Ague Tonic, Hurley’s Stomach Bitters, Hurley’s Sarsaparilla, Hurley’s Worm Candy, Oriental Pearl Drops and Seaton’s Chemical Ink. This was probable when the first Hurley’s Stomach Bitters bottle was made. Advertising said it was for debility, loss of appetite, weakness, indigestion, dypepsia, want of action of the liver, or for a disorderod stomach.

In 1867, this partnership would end with the dissolution of Hurley, Ruddle and Company. Thomas A. Hurley would continue Hurley’s Drug Store at same address while James Ruddle and J.W. Seaton purchased the exclusive rights to sell Hurley’s proprietary medicines. James Ruddle & Company were now listed as the proprietors with their laboratory located at 41 Bullitt Street in Louisville. A full page advertisement represented below, shows the full range of products being sold by James Ruddle that year. 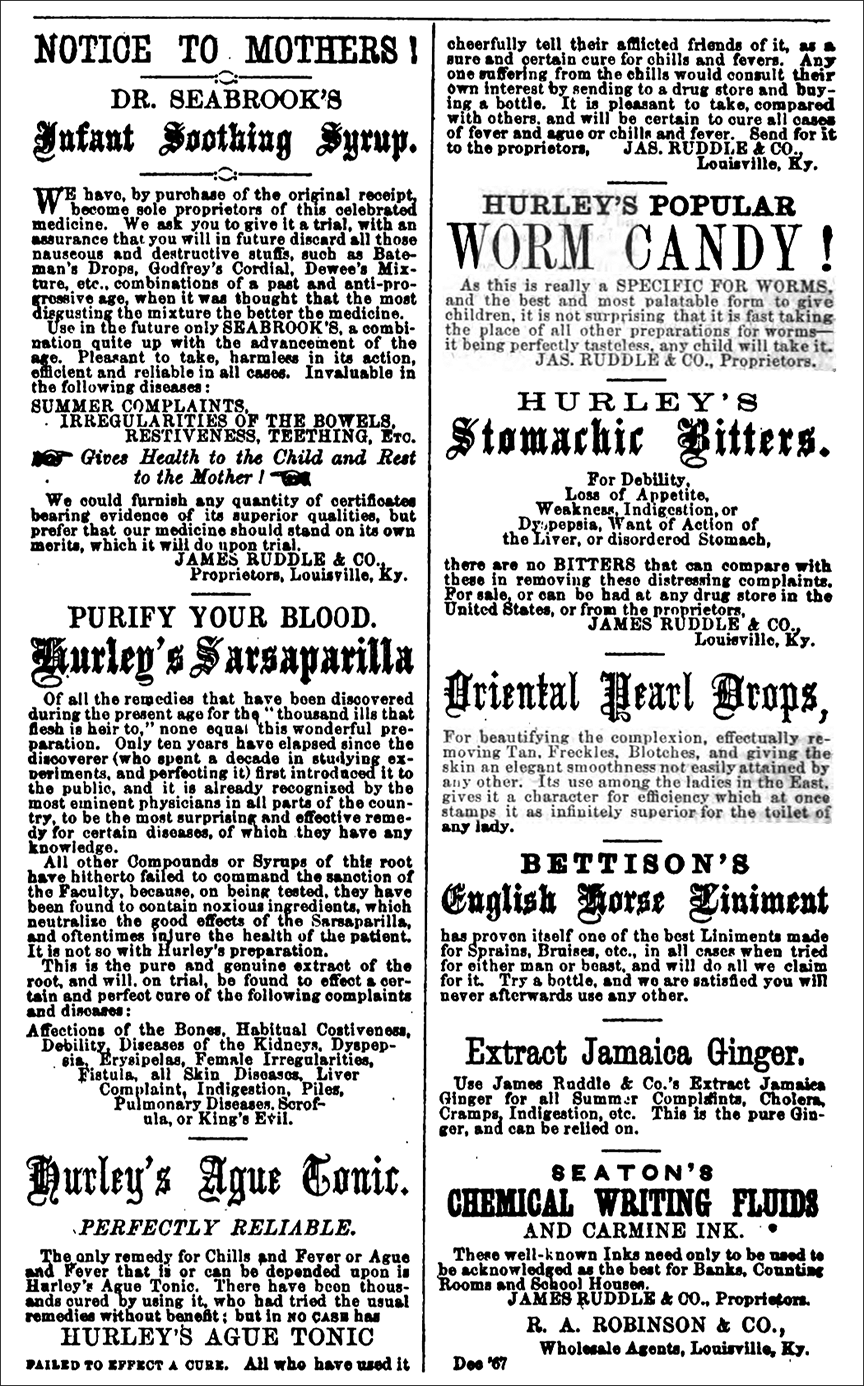 By the way, I can not find any records confirming if Hurley was actually a physician though he advertised himself as one. Sometimes, by making and selling medicines, you could magically become a doctor back then.

We last see Thomas A. Hurley listed as a druggist in 1875. He died soon after of consumption on June 24, 1876 in Louisville. His named medicines would continue to sell through J.W. Seaton in Louisville and other outlets. 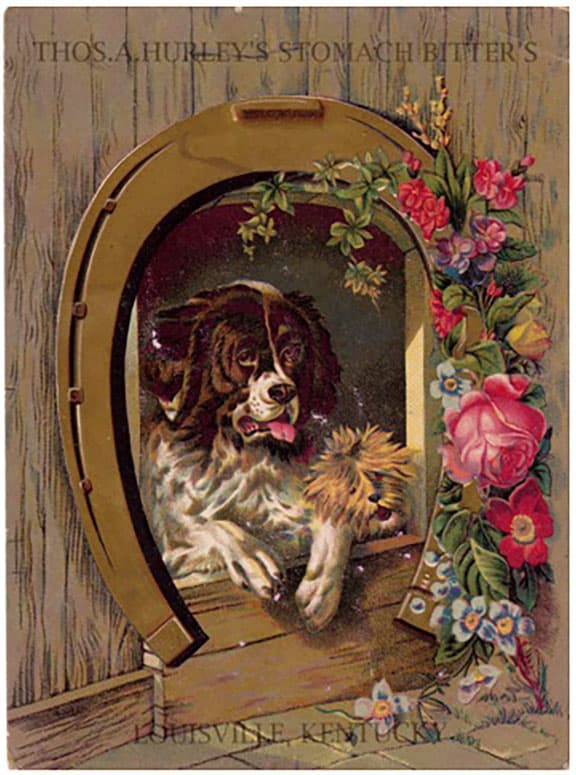 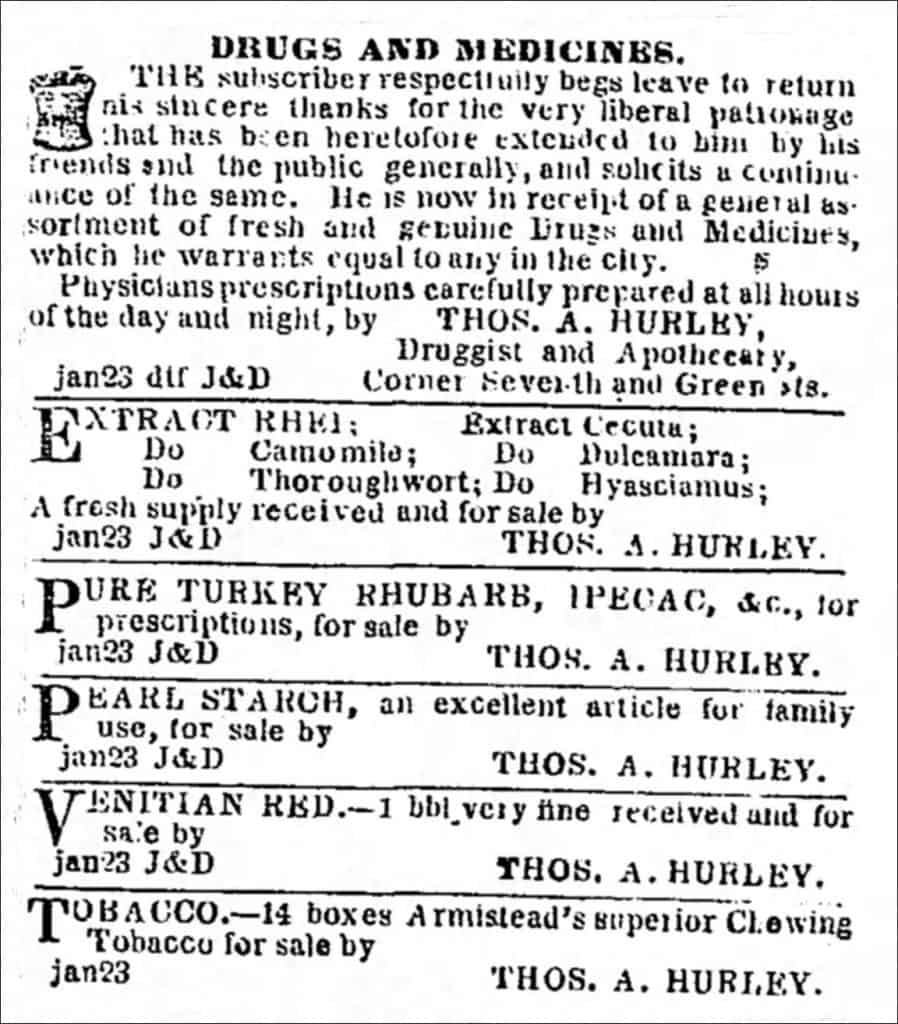 1852: Newspaper notice (below) Thos. A Hurley candidate for School Trustee in the Seventh Ward – The Louisville Daily Courier, Saturday, April 3, 1852

1857: Newspaper notice (below) A Drug Store for Sale, Thos. A. Hurley, Corner of Seventh and Green Streets – The Louisville Daily Courier, Thursday, September 17, 1857 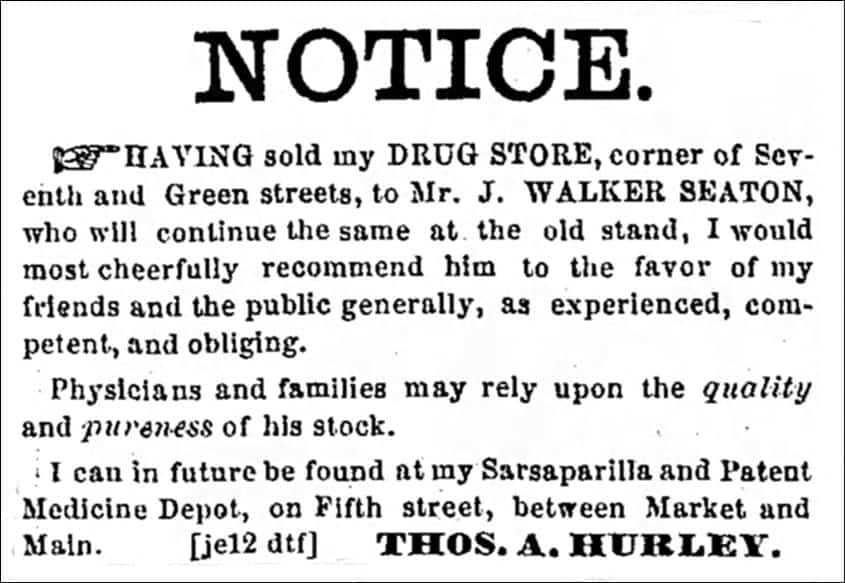 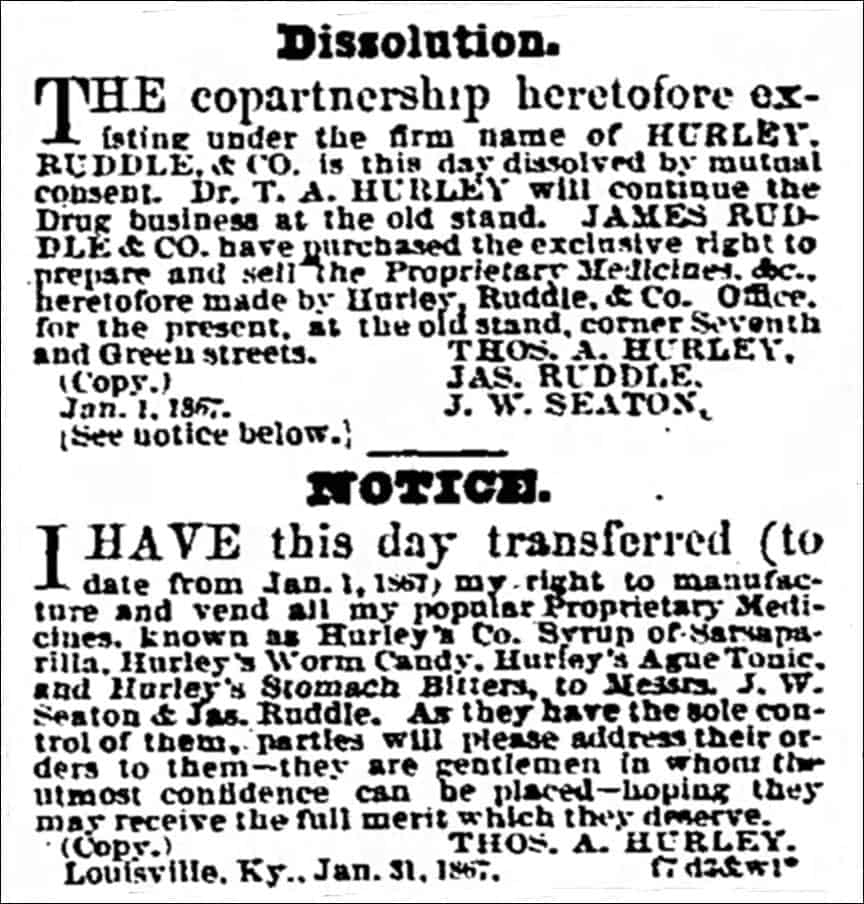 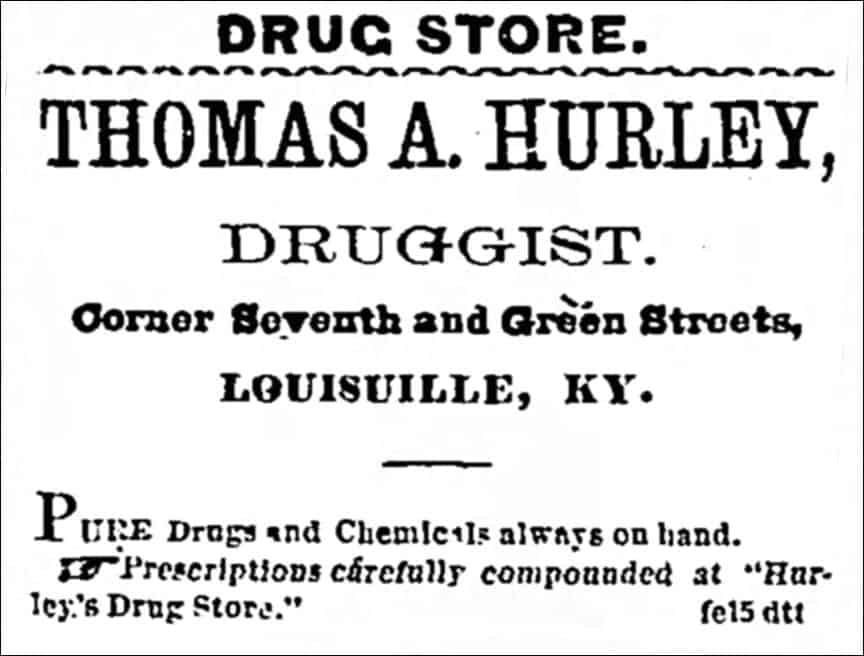 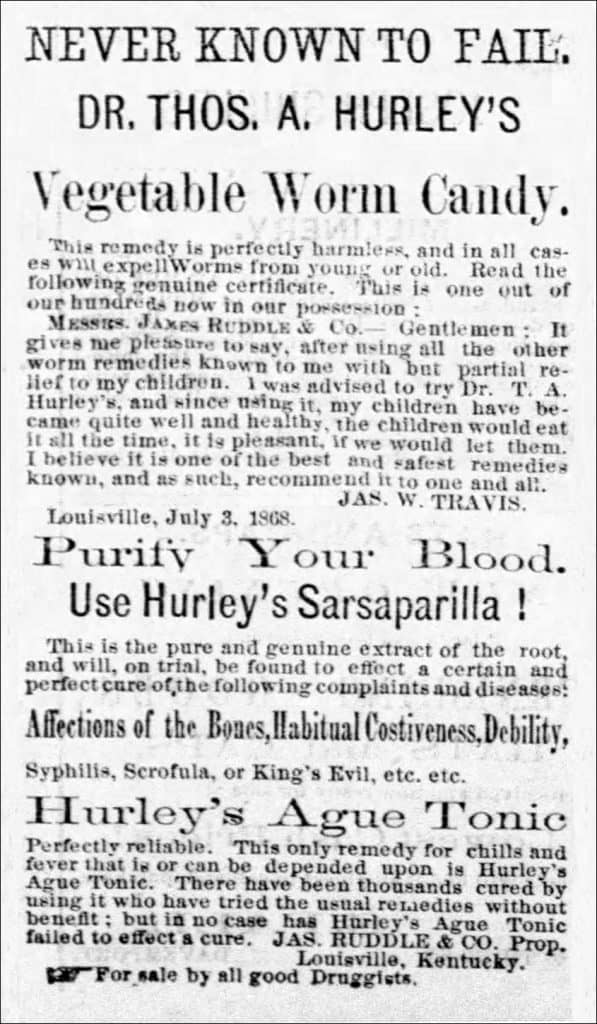 1872: Newspaper advertisement (below) Hurley’s Stomach Bitters being sold for one dollar a bottle – The Andrew County Republican, Friday, May 10, 1872 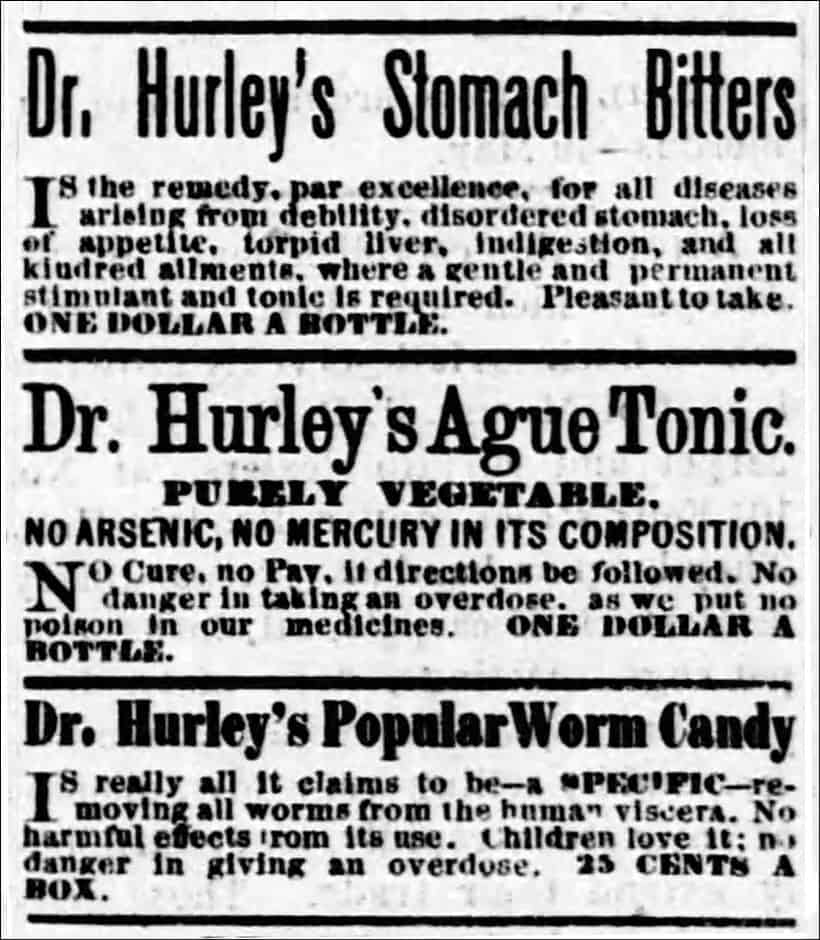 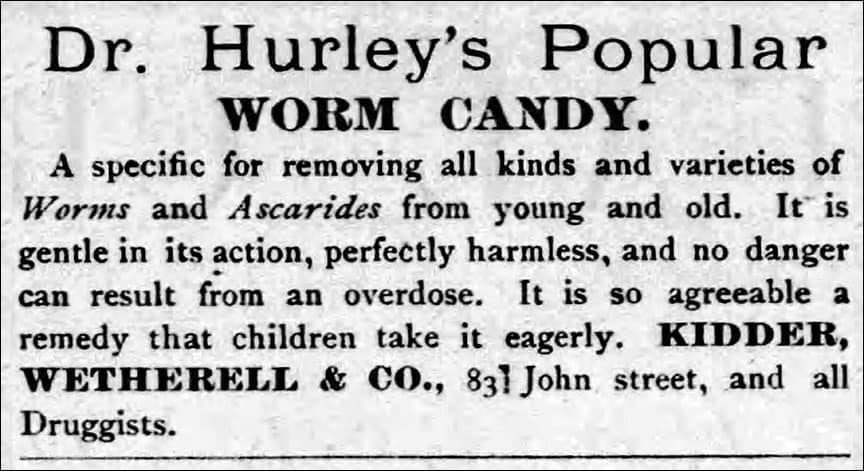