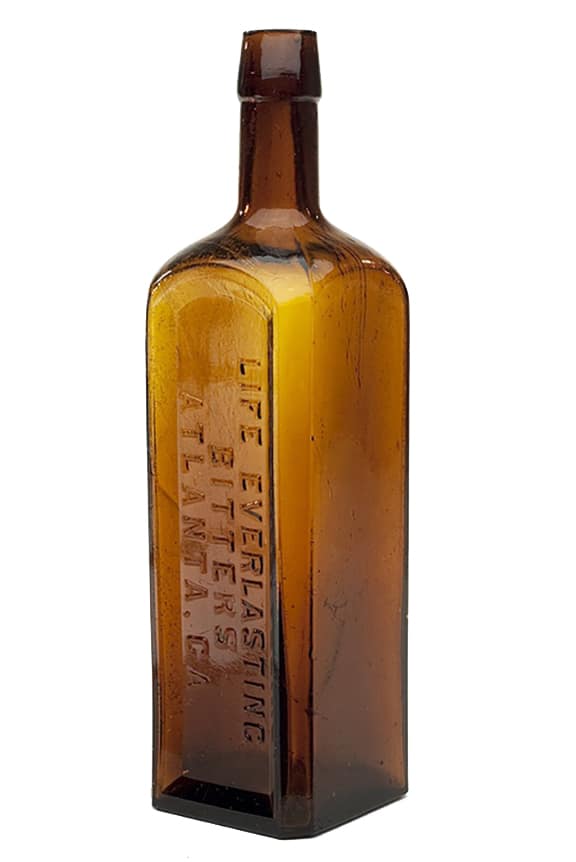 Here is a great bitters square that John Pastor had in his recent American Glass Gallery Auction #21 which closed earlier in the week. The picture at the top of the post is from the auction. The Life Everlasting Bitters is one of the top Georgia bottles (see list further below).

Here is the auction write-upon the bottle:

“LIFE EVERLASTING / BITTERS / ATLANTA, GA.”, America, 1880 – 1890. yellowish golden amber, square with beveled corners, tooled sloping collar – smooth base, ht. 9 ½”; (professionally cleaned with some light etching, swirls and streaks of tiny bubbles on the interior surface of the glass; a couple of hard-to-see ¼” hairline fissures from a potstone or un-dissolved slag, otherwise excellent). R/H #L91. The condition issues are relatively minor, the bottle displays near mint. What a great name! Believed to be a unique example! One of Georgia’s top bottles. If you want something unique and different, this is it! A great bitters, and a bottle that would also appeal to those who collect nostrums and quackery.

The only direct reference I find is this “The Seven Wonders” Newspaper advertisement (below) noting a Life Everlasting Bitters sold at Heinitsh’s City Drug Store in Columbia, South Carolina in 1875. The problem is, this isn’t Atlanta which is embossed on the bottle. Columbia is a little more than 200 miles east of Atlanta. 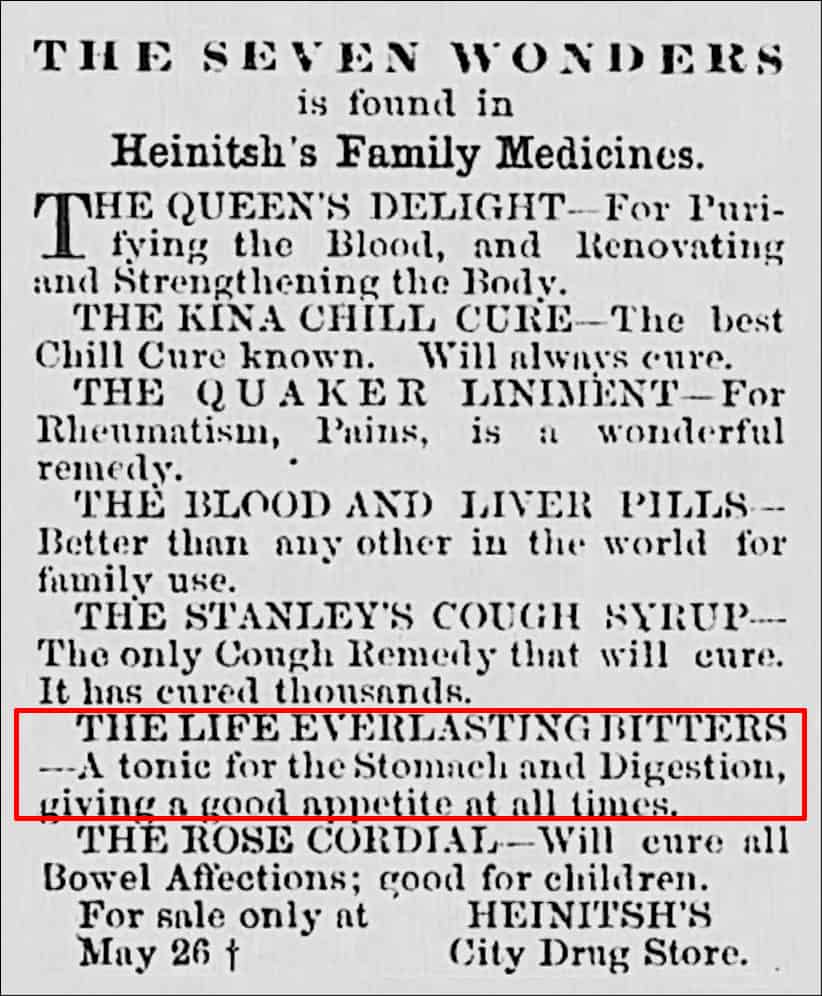 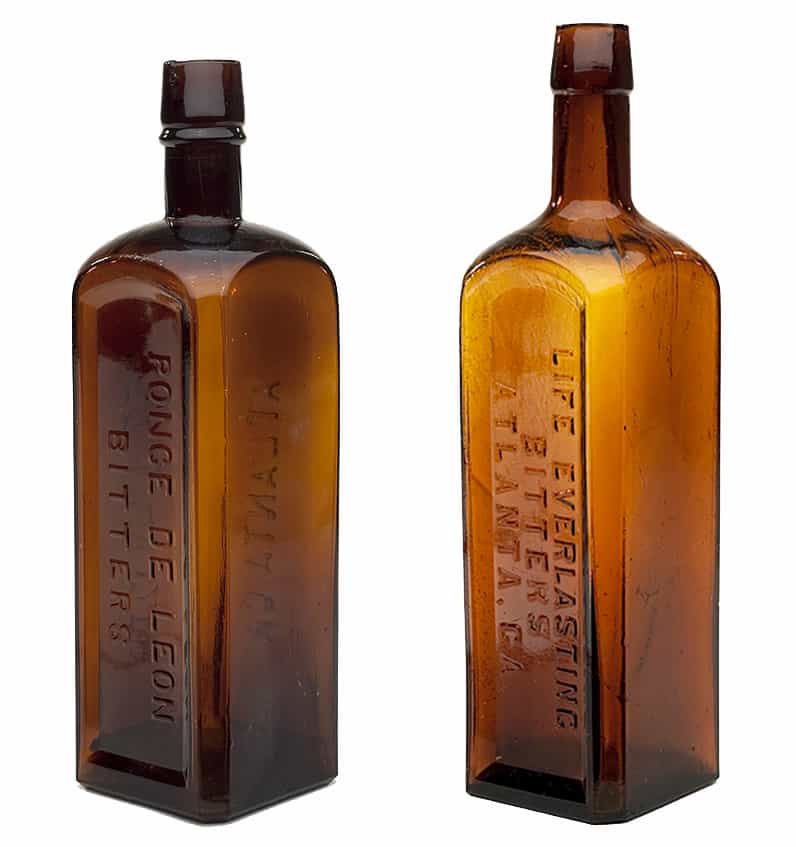 One has to wonder if this bottle is related to the Ponce De Leon Bitters, also from Atlanta (see comparison above). Pretty darn similar! Both bitters names seem related.

Juan Ponce de León (1474 – July 1521) is associated with the legend of the Fountain of Youth, reputed to be in Florida. He was a Spanish explorer and conquistador and became the first Governor of Puerto Rico by appointment of the Spanish crown. He led the first European expedition to Florida, which he named. If this is the case, the brand was started by George J. Howard.

There was a syndicated piece that appeared in many newspapers and periodicals around the country in the late 1890s and early 1900s that reads:

Theophrastus Esculapius Stubbe, proprietor of the Universal Life-Everlasting Golden Bitters, was in his office, and about him was gathered an eager group, listening to an account of the wonderful cures he had wrought with his medicine. By and by a man in sober garb—a thin, pale-faced man, sedate and melancholy— entered the office and inquired for the proprietor. “I am the , man,” said Theophrastus Esculapius Stubbe, with dignity. “You are the proprietor of the ‘Universal Life-Everlasting Golden Bitters’?” said the pale visitor. “I am. How can I help you?” “I have come to see if I couldn’t get you to establish an agency for your bitters in our town. I want you to send a smart man—one who can sell a large quantity of your medicine.” Theophrastus rubbed his hands and smiled exultingly. “You see,” pursued the sombre visitor, “my business is getting dull, and I thought with your help we might revive it.” “Can’t you take the agency yourself, my friend?” asked the great Stubbe. “No, no,” said the melancholy man, with a shake of the head. “It wouldn’t do for me. People might think I was interested.” “Ah! What’s your business?” “I am an undertaker!” 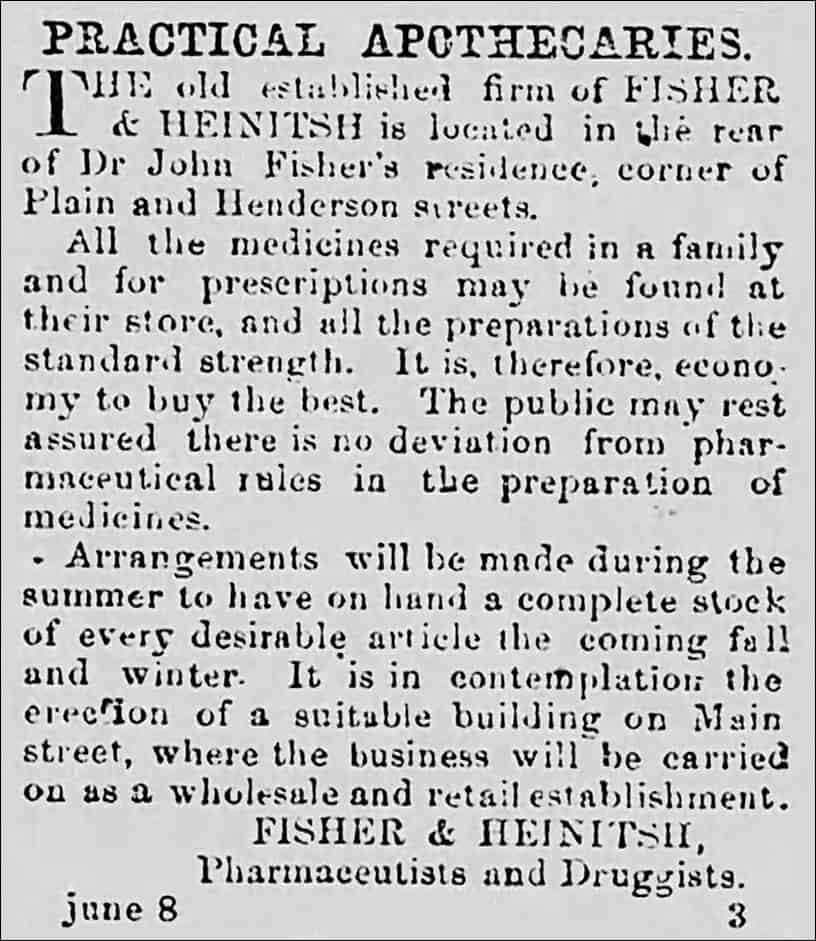 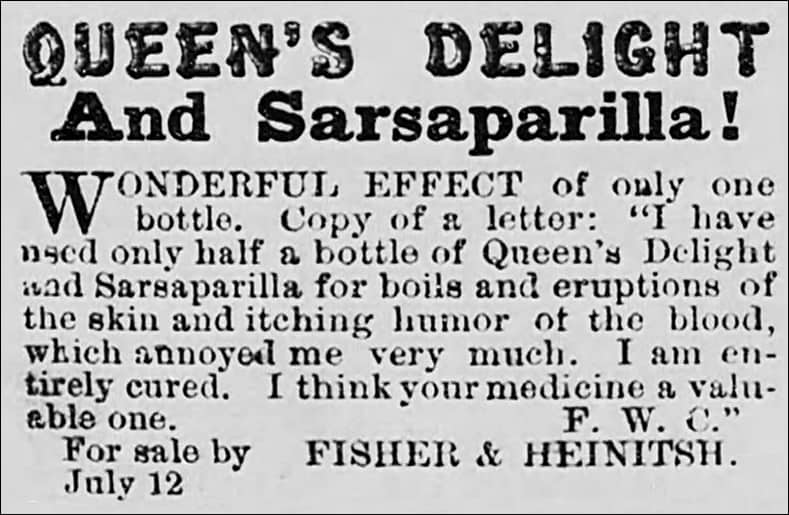 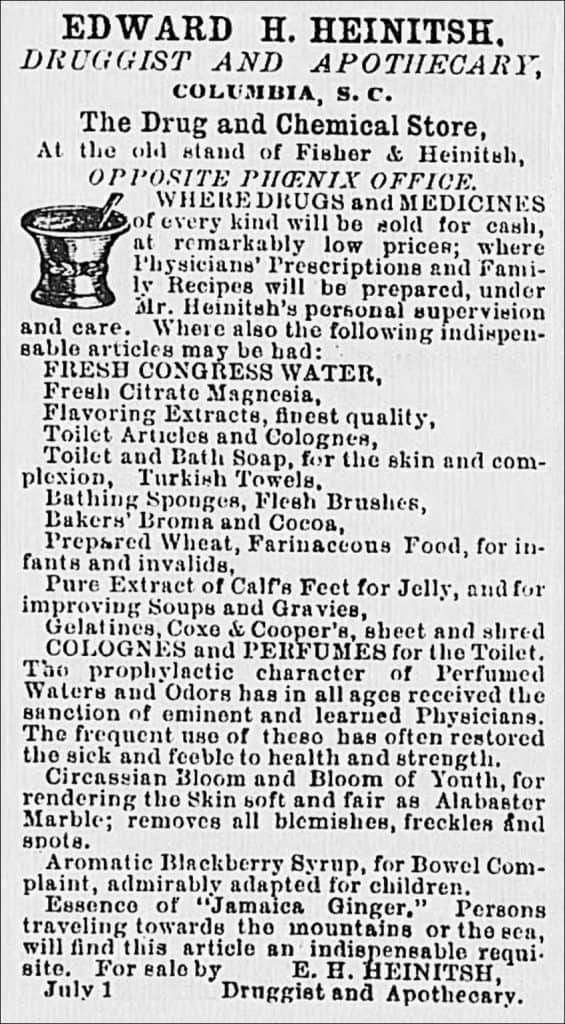 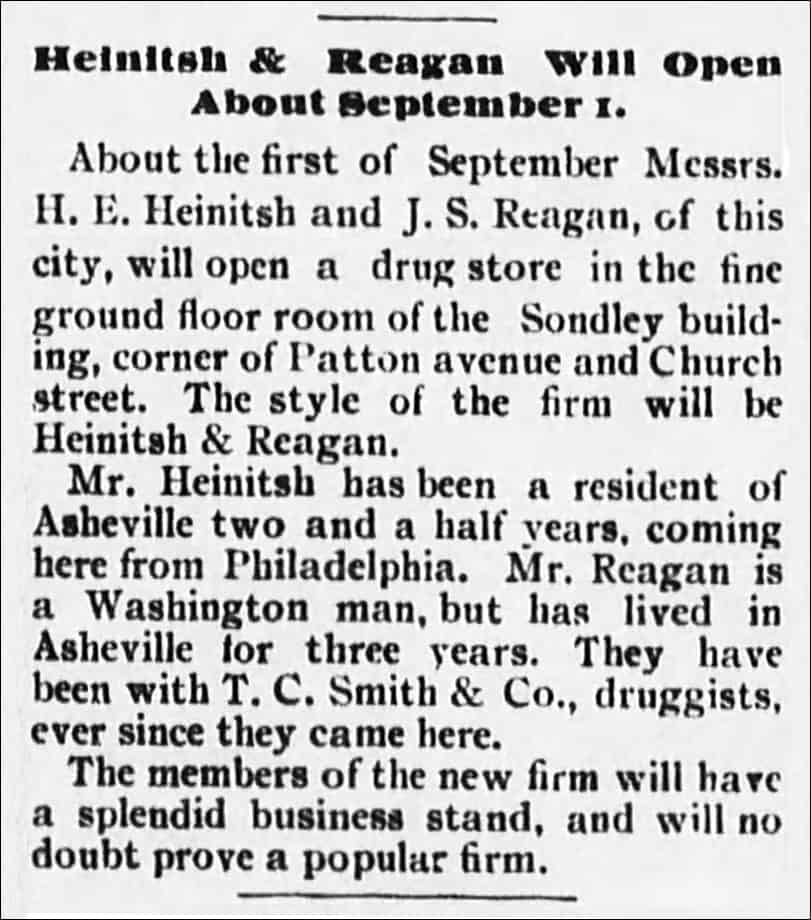 Ferdinand Meyer V is a native of Baltimore, Maryland and has a BFA in Fine Art and Graphic Design from the Kansas City Art Institute and School of Design. Ferdinand is the founding Principal of FMG Design, a nationally recognized design consultation firm. Ferdinand is a passionate collector of American historical glass specializing in bitters bottles, color runs and related classic figural bottles. He is married to Elizabeth Jane Meyer and lives in Houston, Texas with their daughter and three wonderful grandchildren. The Meyers are also very involved in Quarter Horses, antiques and early United States postage stamps. Ferdinand is the past 6-year President of the Federation of Historical Bottle Collectors and is one of the founding members of the FOHBC Virtual Museum.
View all posts by Ferdinand Meyer V →
This entry was posted in Advertising, Apothecary, Bitters, Druggist & Drugstore, History, Medicines & Cures and tagged amber, American Glass Gallery, atlanta, auction, bitters, drug, Druggist & Drugstore, Everlasting, Georgia, Heinitsh, life, rare, square. Bookmark the permalink.