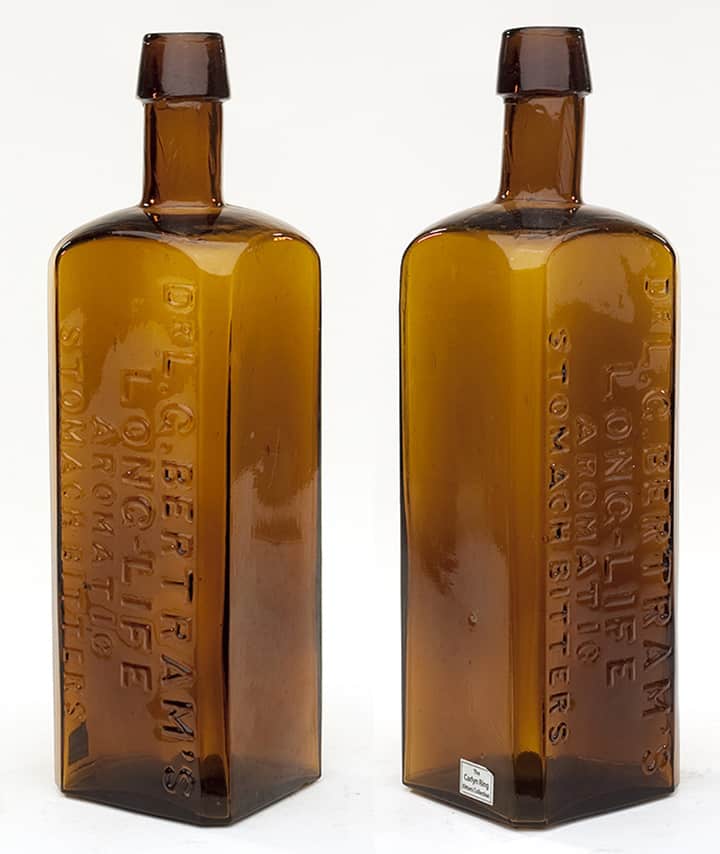 Here is another extremely rare bitters that John Pastor presented in his American Glass Gallery Auction 14 that closed last night. The extremely rare Dr. L. G. Bertram’s Long-Life Aromatic Stomach Bitters is a tough one to research because there is barely any information on the bottle, no trade cards and obviously, no label. I put in a call to the doctor, that is Marianne Dow (MD), to provide some assistance as the situation here in Houston is a bit dicey with all the rain and storms. Let’s see where we go.

Johns auction description for the bottle: 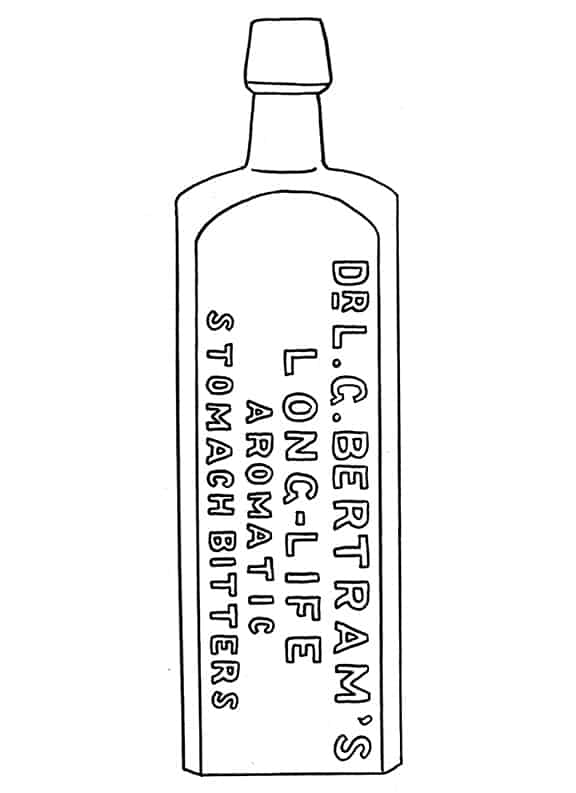 As I mentioned above, not much information to go by. The 1883 date helps from Ring & Ham. I can find a listing for a L. G. Bertram who is a physician addressing at 257 9th street in Brooklyn, New York in 1881. I try “Lawrence” as his first name with no hits but send the info on to Marianne Dow. She found a listing which confirms that Louis G. Bertram is our guy. From there we can nail it down.

The Dr. L. G. Bertram’s Long-Life Aromatic Stomach Bitters was made from about 1873 to 1877 in New York City by Louis G. de Bertram who is French. He would prosper and move on to greater positions. The four advertisements and court notice below support the dates mentioned. 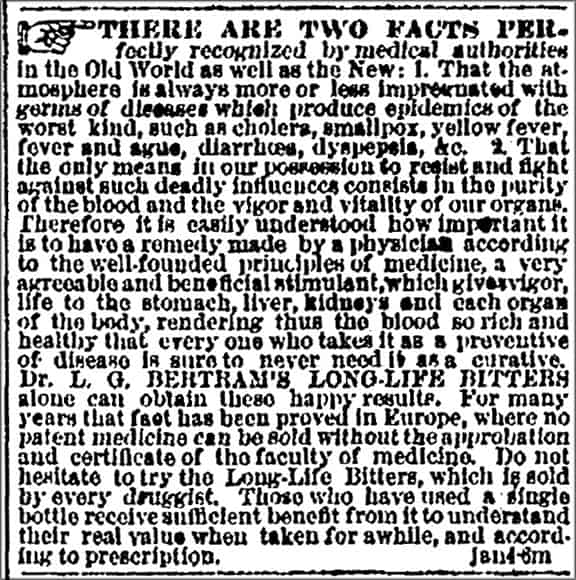 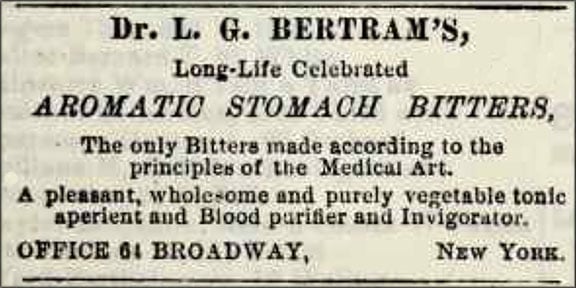 Look at this amusing 1877 court listing below about Bertram using a still to make quack medicine. It even mentions his bitters.

Marianne follows up with this listing below and adds,”de Bertram – born in Paris became a doctor, came to New York and was involved in starting the Moncton Batouche railroad in Canada hence this post in Prominent Men of Canada (1892). No mention of his bitters; just says he practiced medicine in NY circa 1872. Can’t find any medicines, bottles, labels,  or advertising”. 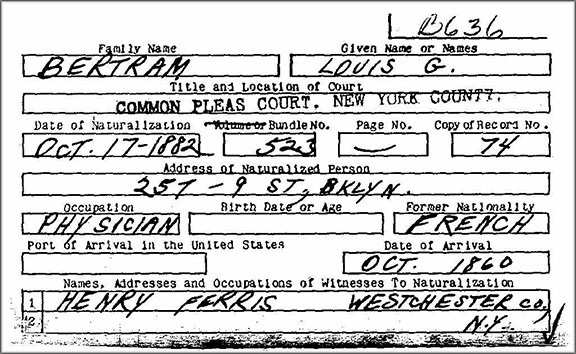 1888: Louis G. de Bertram, Director and President, Buctouche and Moncton Railway Company (see below) – Manual of the Railroads of the United States, 1891 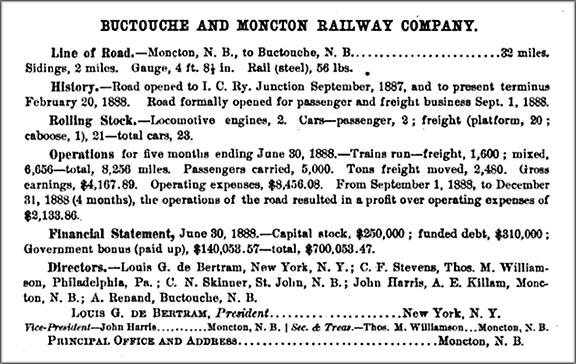 1898: Death of Anna Bertram in Brooklyn (see below)

Ferdinand Meyer V is a native of Baltimore, Maryland and has a BFA in Fine Art and Graphic Design from the Kansas City Art Institute and School of Design. Ferdinand is the founding Principal of FMG Design, a nationally recognized design consultation firm. Ferdinand is a passionate collector of American historical glass specializing in bitters bottles, color runs and related classic figural bottles. He is married to Elizabeth Jane Meyer and lives in Houston, Texas with their daughter and three wonderful grandchildren. The Meyers are also very involved in Quarter Horses, antiques and early United States postage stamps. Ferdinand is the past 6-year President of the Federation of Historical Bottle Collectors and is one of the founding members of the FOHBC Virtual Museum.
View all posts by Ferdinand Meyer V →
This entry was posted in Bitters, History, Medicines & Cures, Questions, Scams & Frauds and tagged Aromatic, auction, Batouche, Bertram, bitters, Brooklyn, canada, de Bertram, Dow, French, long-life, louis, Marianne, Moncton, New York, Pastor, physician, railway, Stomach. Bookmark the permalink.