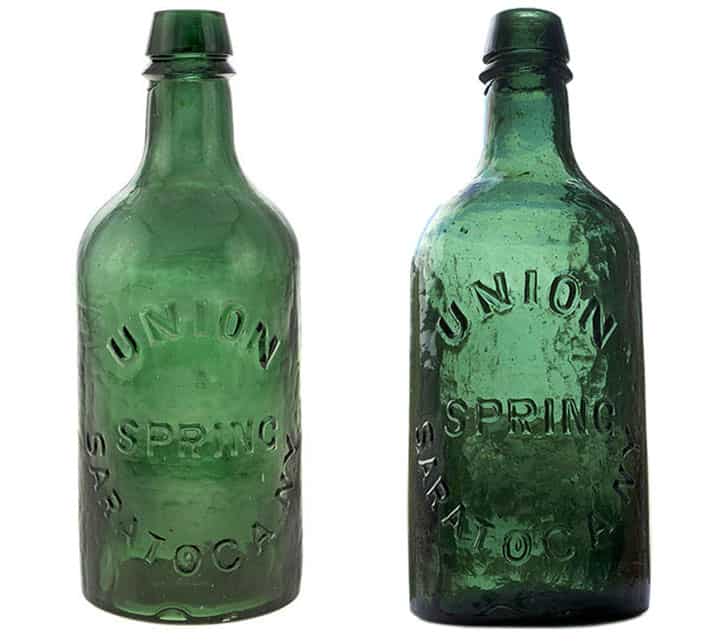 The other night, at the closing of Glass Works Auctions | Auction 102, I noticed this good-looking, Union Spring bottle with all of the other mineral water bottles from the Saratoga area of New York. What jumped out at me was the $6,000 hammer price (without 15% auction house premium). Seeing this, I had to find out why, so I checked the lot description:

161. “UNION / SPRING / SARATOGA. N.Y.” – (faint oval slug plate indentation), (Tucker, S-57), New York, ca. 1865 – 1875, emerald green pint, smooth base, applied double collar mouth.CONDITION: Pristine flawless condition, hard to imagine a nicer one. In a 1973 publication by the Federation of Historical Bottle Clubs, the late Bernhard Puckhaber listed the ‘Ten Most Wanted Saratogas’. The Union Spring was number nine on that list. This example was in the collection of the late Stu Elman, which we auctioned in 1999. Since then, no other Union Spring bottle has come to auction. Ex. Stu Elman Collection.

I find it extremely interesting to see pieces like this and to see the provenance. Of course, now I need to track down the other nine bottles on the list! I guess I better start with finding that list. I did search for information on a spring specifically called the Union Spring and came up until Marianne Dow provided a clipping (see further below). There probably was a Union Spring but I bet this bottle was related to the Grand Union Hotel in Saratoga Springs, New York. 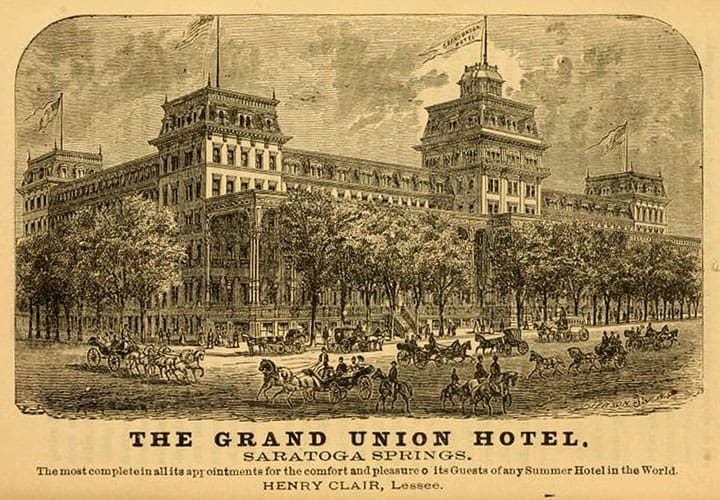 The Grand Union Hotel was located on Broadway in Saratoga Springs, New York. The hotel began as a boarding house, built by Gideon Putnam in 1802, but grew into the world’s largest hotel, before it was demolished in 1953.

The initial draw to the area were summer vacationers attracted by the mineral spas. Over time this became a luxury hotel that catered to the wealthy elite. Renovations and expansions saw the hotel grow to serve over 2,000 guests as a destination resort. The Grand Union Hotel Stakes race was run at the Saratoga race track until 1958 and was named after this historic hotel. [Wikipedia] 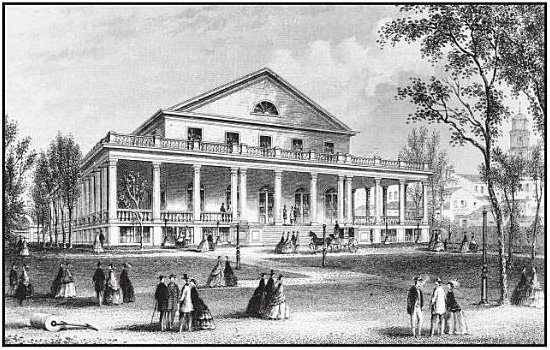 I can easily imagine bottles of Union Spring being served to guests at the Union Hotel in 1865. Timing is dead on. 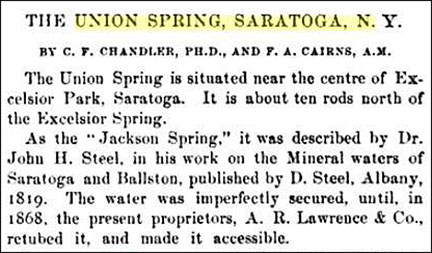 The spring is covered by a very tasteful pavilion, which will be noticed just east of the little stream, and in front of the large bottling house beside the grove. The Union Spring is a little northwest of the Excelsior, and but a few steps removed. This valley, in which these two springs are situated, was formerly known as the “Valley of the Ten Springs,” but the present owners, after grading and greatly beautifying the grounds, changed its name in honor of the spring to Excelsior Park. – Saratoga illustrated: the visitors guide to Saratoga Springs (1884) 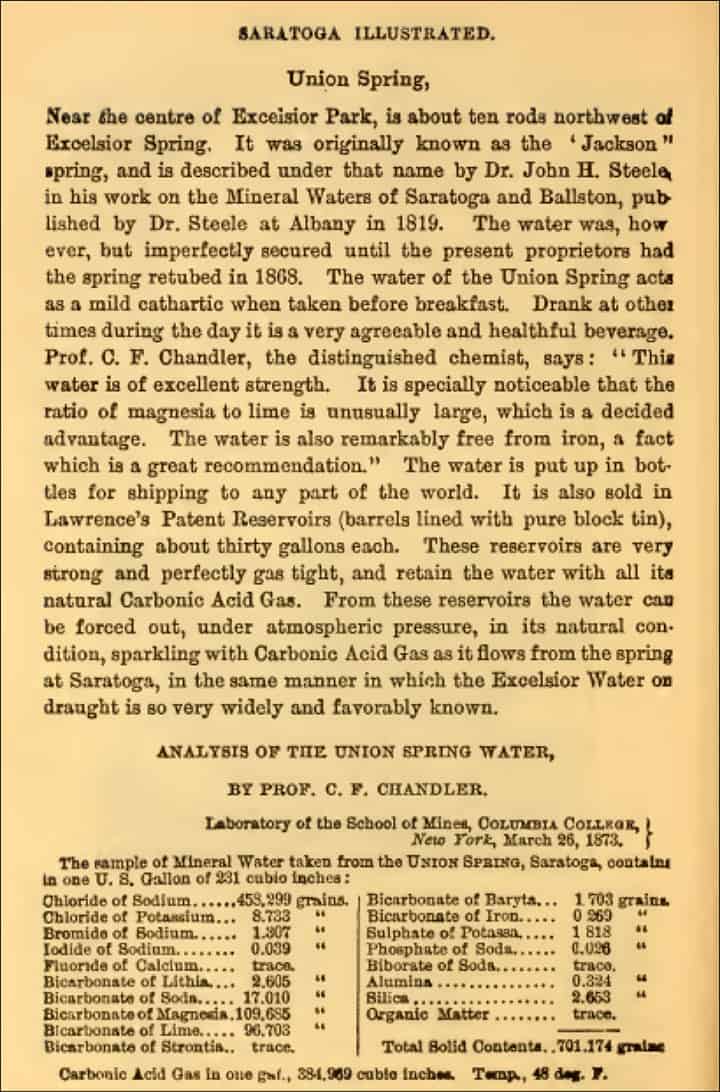 Ferdinand Meyer V is a native of Baltimore, Maryland and has a BFA in Fine Art and Graphic Design from the Kansas City Art Institute and School of Design. Ferdinand is the founding Principal of FMG Design, a nationally recognized design consultation firm. Ferdinand is a passionate collector of American historical glass specializing in bitters bottles, color runs and related classic figural bottles. He is married to Elizabeth Jane Meyer and lives in Houston, Texas with their daughter and three wonderful grandchildren. The Meyers are also very involved in Quarter Horses, antiques and early United States postage stamps. Ferdinand is the past 6-year President of the Federation of Historical Bottle Collectors and is one of the founding members of the FOHBC Virtual Museum.
View all posts by Ferdinand Meyer V →
This entry was posted in Auction News, History, Mineral Water and tagged Bernhard Puckhaber, Excelsior, Hotel, house, Marianne Dow, Mineral, New York, opera, Saratoga, spring, Stu Elman, Union, water. Bookmark the permalink.