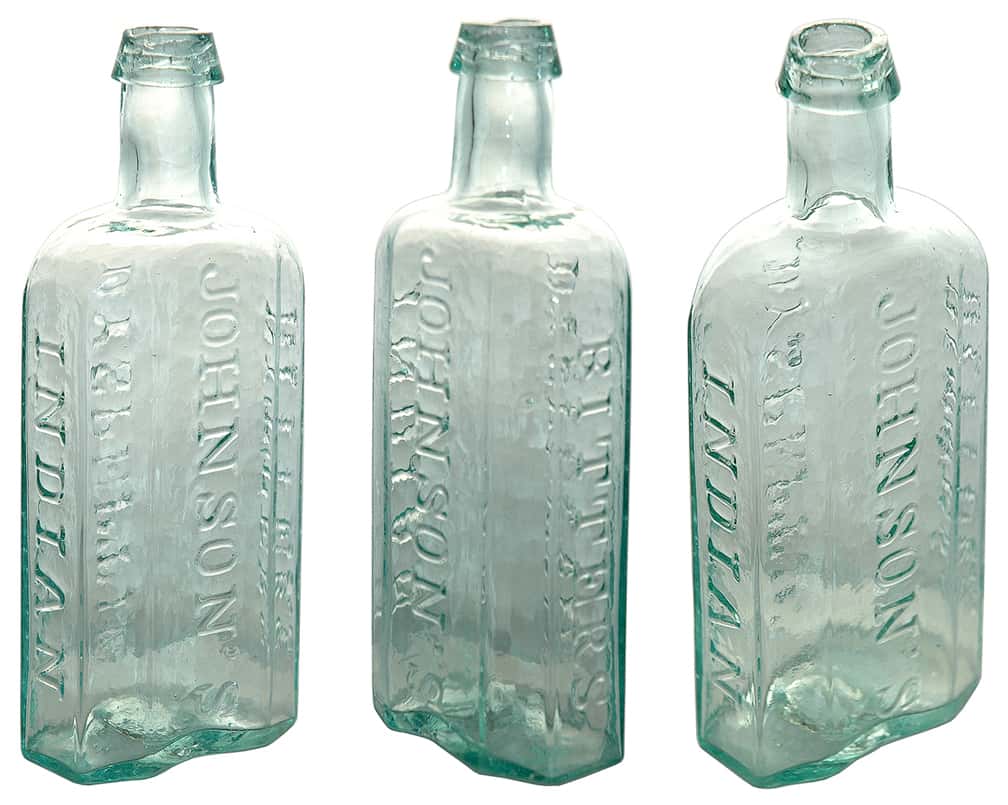 Robert Cohen posted the following on Bottle Collectors on Facebook, “Tough, Johnson’s Indian Dyspeptic Bitters bottle, open-pontil, circa 1840, picked-up at Dover N.H. bottle show on Sunday 4/6/14. Dealer (from Maine) educated us, said that the bottle was sold by a Maine proprietor. Papers to prove it!” Robert included a few pictures, one I have added below. 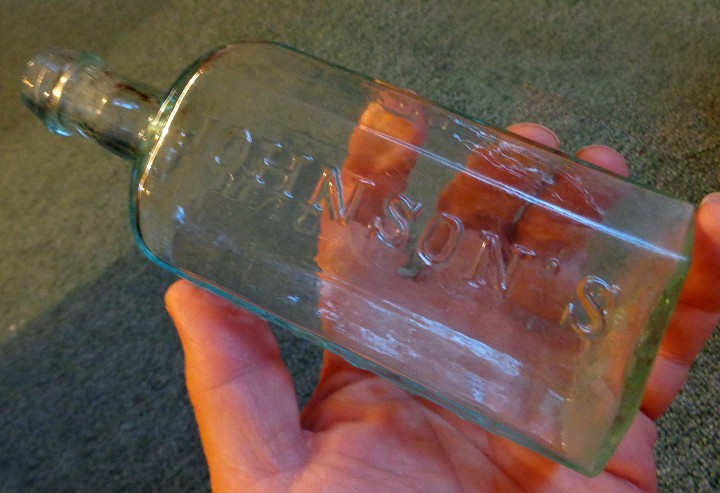 Now this is pretty interesting. I have always wondered where this bottle was from? Way to go Robert! Fortunately, I have an example too which is pictured at the top of the post and further below. From the advertisement that Robert provided (below), it looks as though the proprietor is A. Johnson & Son from Brewer, Maine. 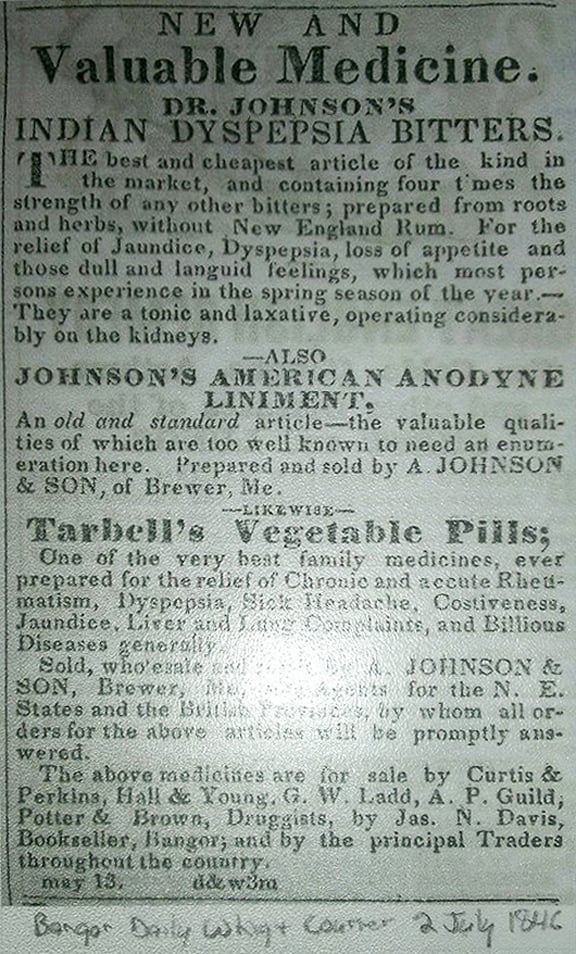 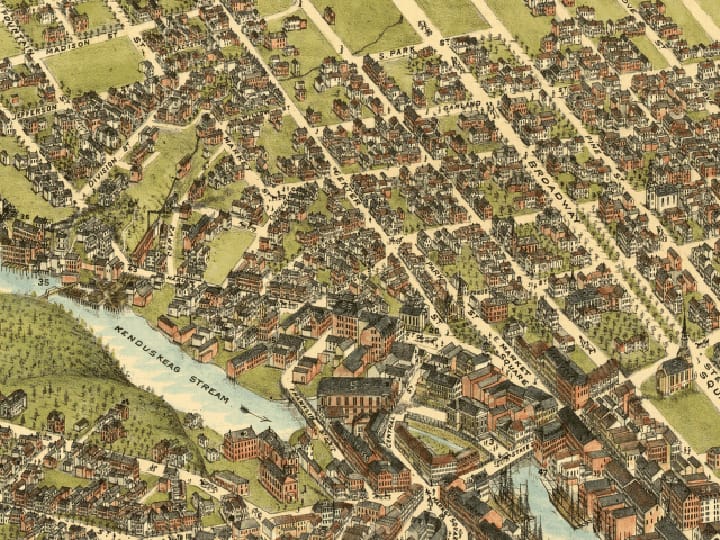 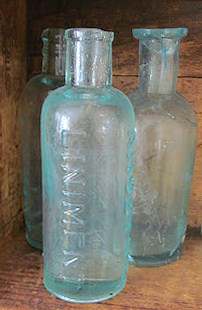 Abner Johnson (1786-1847) was an enterprising physician who practiced in Oxford, Hancock and Washington Counties in Maine. He first introduced Johnson’s American Anodyne Liniment in 1810 when he established his business. This concoction was made from morphine, extract of hyoscyamus, alcohol and other ingredients. The bottles are common and regularly dug. The business grew and soon Johnson moved to Brewer (Bangor), Maine where he established his business as A. Johnson & Son. Brewer by the way, is the sister city of Bangor. The two are at the head of navigation on opposite sides of the Penobscot River estuary and are connected by three bridges. This would be when Johnson put out his Indian Dyspeptic Bitters using Brewer, Maine as an address. I don’t see any records of him attending school and getting his medical degree.

Years later, his son Isaac Samuel Johnson (b. 1821) took over the reins, most likely after his fathers death in 1847, and by 1881, Isaac had packed up and headed for Boston, where he opened his liniment business, I. S. Johnson & Co. on Custom House Street. He also sold Parson’s Purgative Pills and Sheridan’s Calvary Condition Powders. The bitters product was rather short-lived. 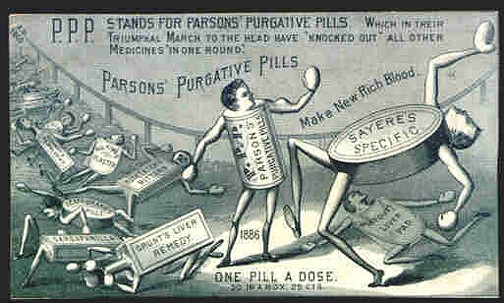 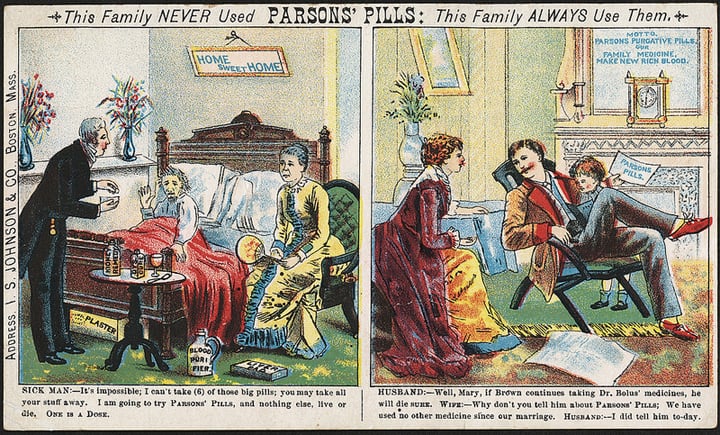 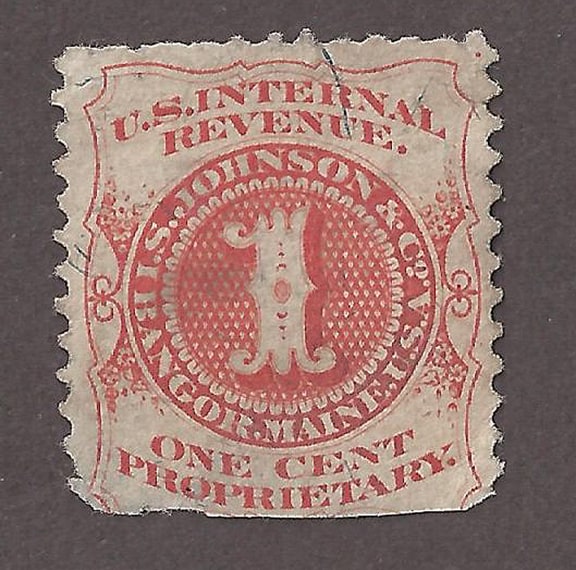 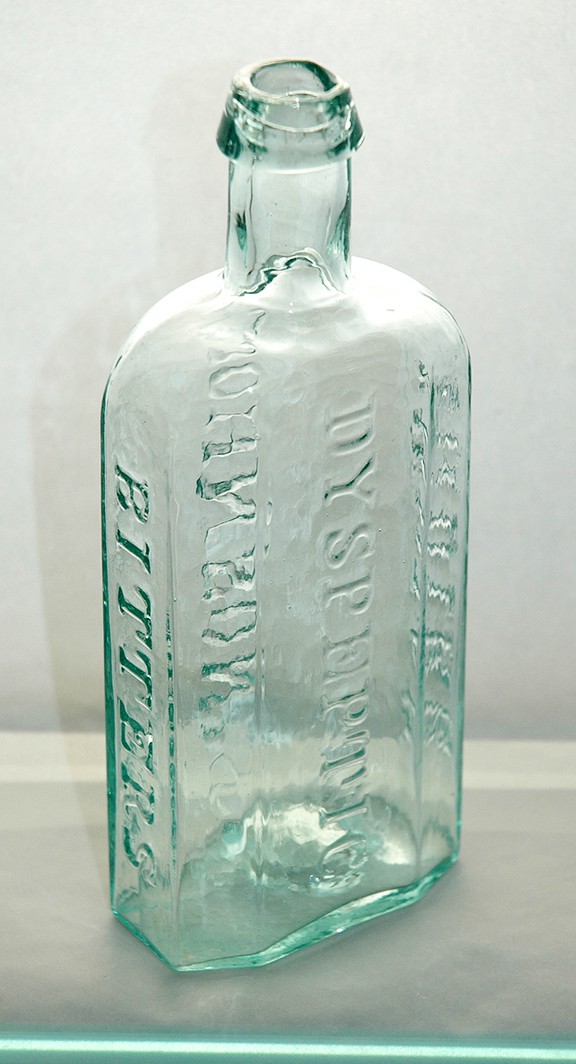 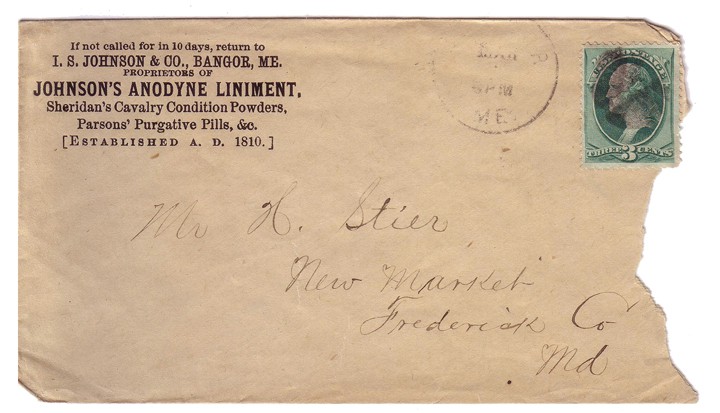 Ferdinand Meyer V is a native of Baltimore, Maryland and has a BFA in Fine Art and Graphic Design from the Kansas City Art Institute and School of Design. Ferdinand is the founding Principal of FMG Design, a nationally recognized design consultation firm. Ferdinand is a passionate collector of American historical glass specializing in bitters bottles, color runs and related classic figural bottles. He is married to Elizabeth Jane Meyer and lives in Houston, Texas with their daughter and three wonderful grandchildren. The Meyers are also very involved in Quarter Horses, antiques and early United States postage stamps. Ferdinand is the past 6-year President of the Federation of Historical Bottle Collectors and is one of the founding members of the FOHBC Virtual Museum.
View all posts by Ferdinand Meyer V →
This entry was posted in Advertising, Bitters, Collectors & Collections, History, Medicines & Cures, News, Tax Stamps, Trade Cards and tagged Abner, Bangor, bitters, Brewer, Calvary, Cohen, Dyspeptic, Indian, Isaac, Johnson, Johnson's, Liniment, Maine, Meyer, Morphine, Parson's, pills, powder, Purgative, Samuel, Sheridan's. Bookmark the permalink.