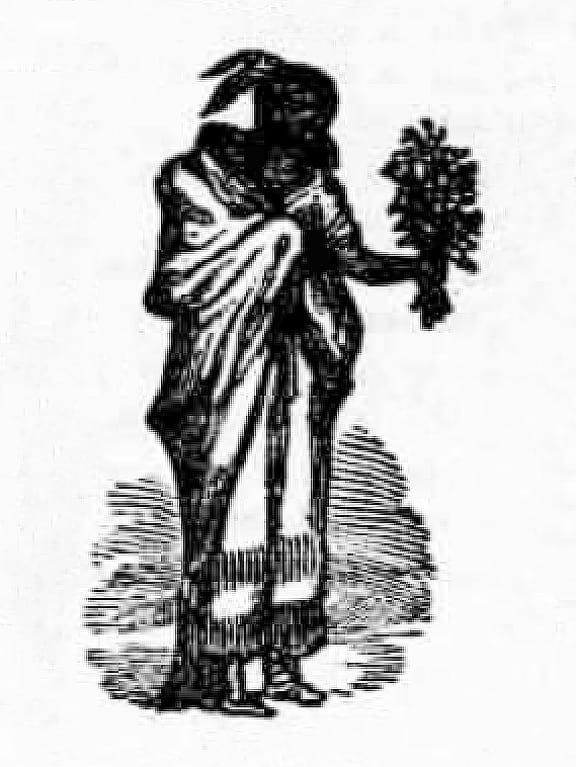 As a graphic designer and antique bottle collector, I have always enjoyed looking at patent medicine advertising. The typography, illustrations, testimonials and sales pitches are fascinating. While looking for Dr. Langley’s Rocky Mountain Bitters advertisements yesterday, I came across this wonderful, full column placement for Dr. Clark Johnson’s Indian Blood Syrup in the July 18, 1879 issue of the The Iola Register (Iola, Kansas). I thought I would dissect the advertisement for discussion sake.

The notice says that their laboratory was at 77 W. 3d St., New York City, late of Jersey City. Wakametkla, the Medicine Man of the Comanches is the focus point.

The advertisement appeared in a broad range of newspapers in late 1879 and very early 1880 including:

The Best Bemedy Known to Man!

Dr. Clark Johnson having associated himself with Mr. Edwin Eastman, an escaped captive, long a slave to Wakametkla, the medicine man of the Comanches is now prepared to lend his aid in the introduction of the wonderful remedy of that tribe.

The experience of Mr. Eastman being similar to that of Mrs. Chas. Jones and son, of Washington County, Iowa, an account of whose sufferings were thrillingly narrated in the New York Herald of Dec. 15th, 1878, the facts of which are so widely known, and so nearly parallel, that but little mention of Mr. Eastman’s experiences will be given here. They are however published in a neat volume of 300 pages, entitled “Seven and Nine Years” Among the Comanches and Apaches”, of which mention will be made hereafter. Suffice it to say that for several years Mr. Eastman, while a captive, was compelled to gather the roots, gums, barks, herbs and berries of which Wakametkla’s medicine was made, and is still prepared to provide the same materials for the successful introduction of the medicine to the world; and assures the public that the remedy is the same now as when Wakametkla compelled him to make it. 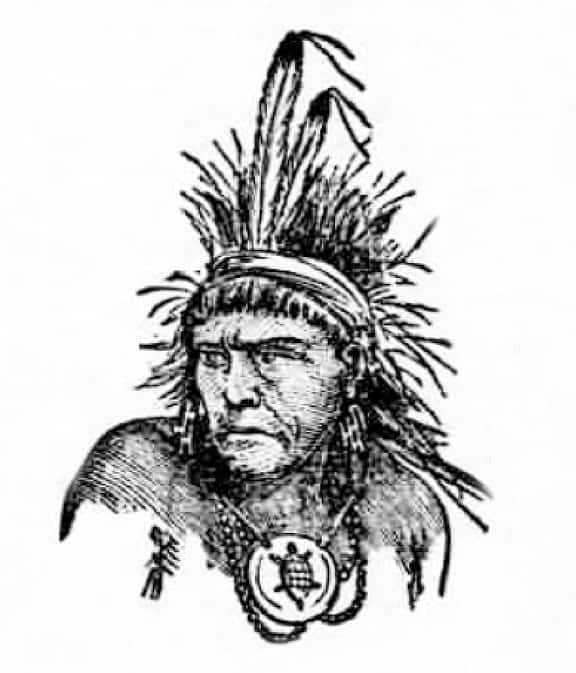 [Middle Illustration] Wakametkla, the Medicine Man of the Comanches

Nothing has been added to the medicine and nothing has been taken away. It is without doubt the Best Purifier of the Blood and Renewer ot the System ever  known to man.

It acts upon the Liver.

It acts upon the Kidney.

It regulates the Bowels.

It purifies the Blood.

It quiets the Nervous System.

It Nourishes, Strengthens and Invigorates.

It carries off the old blood and make New.

It opens the pores of the skin, and induces healthy Perspiration.

It neutralizes the hereditary taint or poison in the blood, which generates scrofula, Erysipelas and all manner of skin diseases and internal humors.

There are no spirits employed in the manufacture, and  it can be taken by the most delicate babe, or by the  aged and feeble, care only is required in attention  to directions. 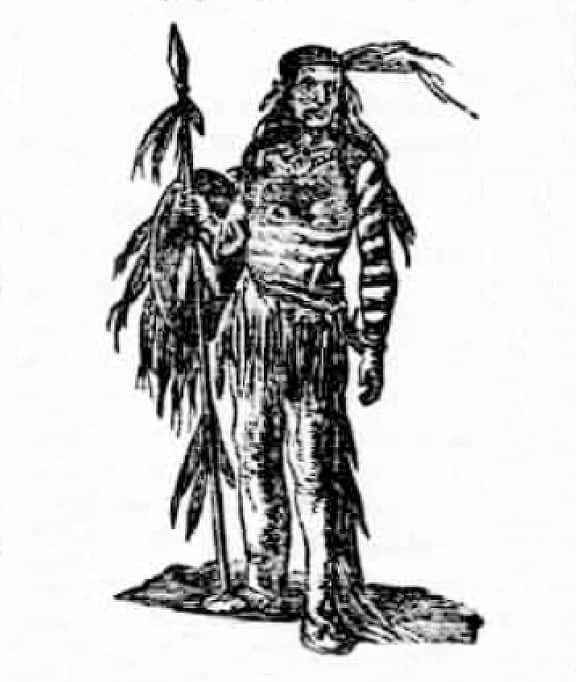 Seven and Nine Years among the Commanches and Apaches. A neat volume of 300 pages being a simple statement of the horrible facts connected with the sad massacre of a helpless family and the captivity, tortures and ultimate escape of its two surviving members.

The incidents of the massacre, briefly distributed by agents, free of charge.

Mr. Eastman, being almost constantly at the West, engaged in gathering and curing the materials of which the medicine is composed, the sole business management devolves upon Dr. Johnson , and the remedy has been called, and is known as

Read the voluntary testimonials of persons who have been cured by the use of Dr. Clark Johnson’s Indian Blood Syrup in you own vicinity.

Dyspepsia and Indigestion and Liver Complaint.

Dear Sir: This is to certify that after trying various kinds of medicine in vain for dyspepsia and indigestion, I got some of you wonderful Indian Blood Syrup, which I took according to directions and was greatly benefited thereby. It is an excellent remedy.

Dear Sir: This is to certify that after trying your Indian Blood Syrup for rheumatism, neuralgia and liver complaint, and have never been troubled since. I never knew a well day before I took your medicine.

BROOKHAVEN, Lincoln County, Miss. Dear Sir – This is to certify that I have used some of the Indian Blood Syrup for disease of the liver and have been very much benefited thereby. I can recommend it to all similarly affected.

Dear Sir – My wife has been afflicted for several years with chronic bronchitis, and, after trying all other remedies and finding no relief, I purchased some of your very excellent Indian Blood Syrup, which she used, and, after a fair trial, I have no hesitation in recommending it to the afflicted.

Dear Sir: I have been afflicted with dyspepsia for several years, and have tried every kind of medicine, but to no effect. I was induced to try your Indian Blood Syrup and purchased four one-dollar bottles, which entirely cured me.

Dear Sir: This is to certify that your Indian Blood Syrup has cured me of chills, which had been annoying me for a long time. I can cheerfully recommend it to all sufferers with chills and fever. It is the best medicine I ever used, and would not be without it.

Dear Sir: I have been bothered for several years with rheumatism, and was unable to find anything to relieve me, I got some of your Indian Blood Syrup, which relived me wonderfully.

Ferdinand Meyer V is a native of Baltimore, Maryland and has a BFA in Fine Art and Graphic Design from the Kansas City Art Institute and School of Design. Ferdinand is the founding Principal of FMG Design, a nationally recognized design consultation firm. Ferdinand is a passionate collector of American historical glass specializing in bitters bottles, color runs and related classic figural bottles. He is married to Elizabeth Jane Meyer and lives in Houston, Texas with their daughter and three wonderful grandchildren. The Meyers are also very involved in Quarter Horses, antiques and early United States postage stamps. Ferdinand is the past 6-year President of the Federation of Historical Bottle Collectors and is one of the founding members of the FOHBC Virtual Museum.
View all posts by Ferdinand Meyer V →
This entry was posted in Advertising, History, Medicines & Cures, Syrup, Tonics and tagged advertisement, Blood, Clark, Indian, Iola, Jersey City, Johnson, Kansas, Laboratory, New York, Syrup, testimonials. Bookmark the permalink.