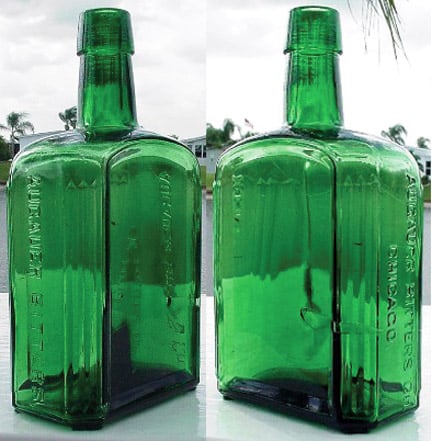 You can always spot an eBay picture (above) from George Waddy (bottleski). In this case it was an Augauer Bitters sitting on his deck in some warm tropical locale. When he says a bottle is perfect you can bet your bottom dollar that bottle is a good specimen. Well I won the bottle back in 2006 and it is on a shelf somewhere in one of my rooms with a series of other rectangular bitters that were made in the late 1880s and 90s.

What got me thinking again about my Augauer Bitters was an email from my friend and bitters collector Jeff Burkhardt (Cedarberg, Wisconsin) asking if I might be interested in an Augauer Bitters oval sign. I said yes immediately as I collect Bitters signs. The sign is pictured below. Pretty cool eh? 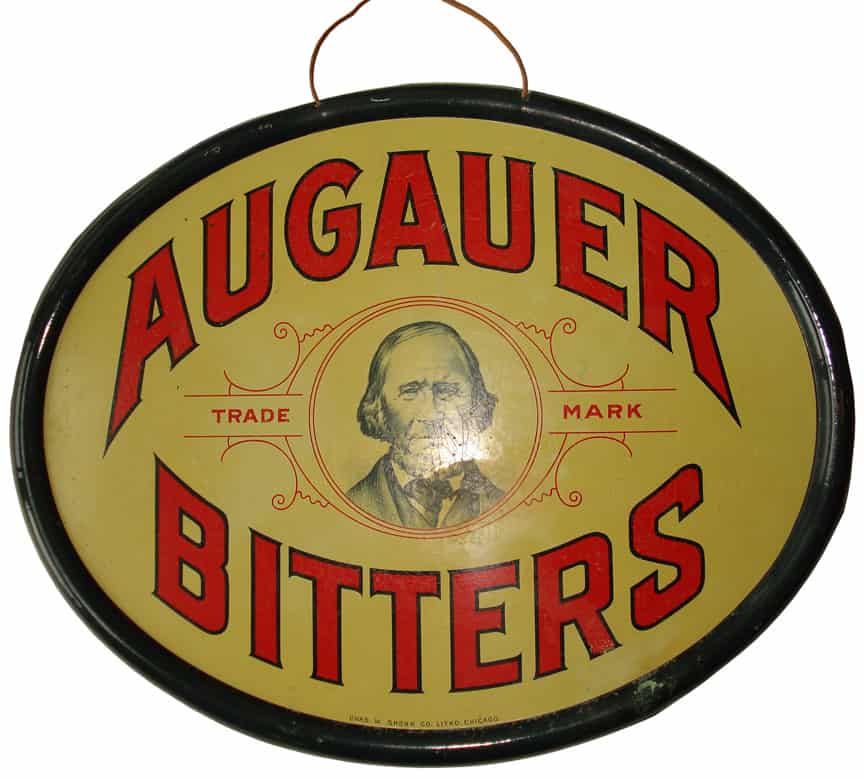 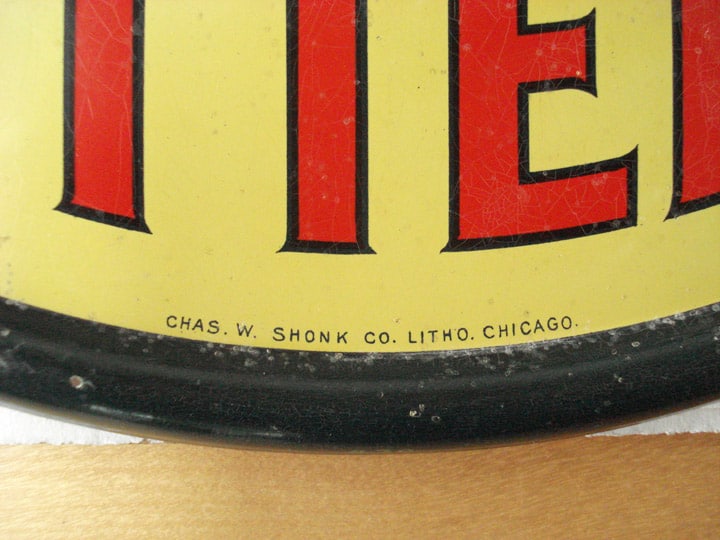 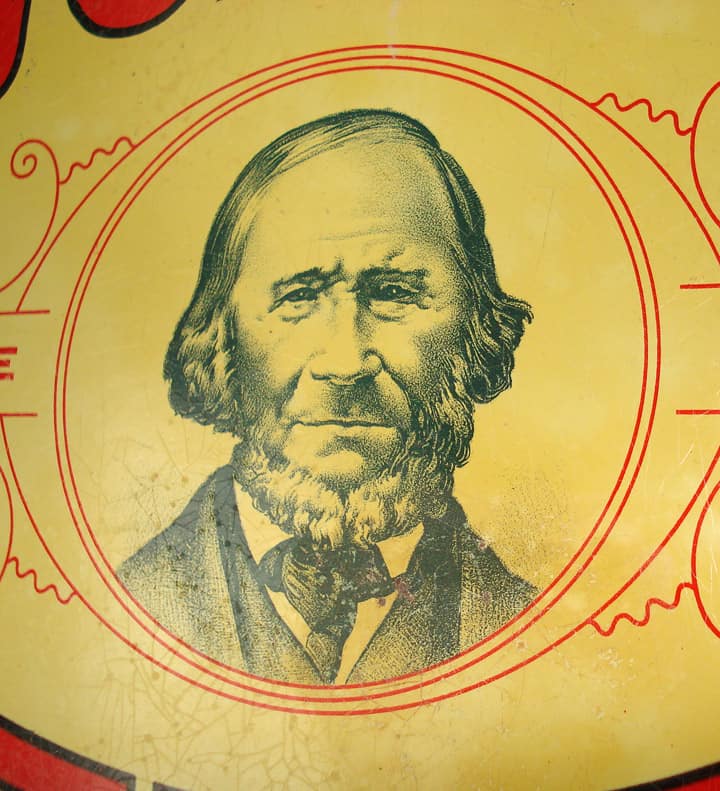 Let’s look a little closer at this good-looking bottle that is usually overlooked as it came out so late. The Carlyn Ring and W.C. Ham listing in Bitters Bottles is as follows:

Label: A palatable and wholesome remedy for the mitigation of disorders of the stomach, sleeplessness, loss of appetite, chronic diarrhea and light attacks of dyspepsia or indigestion. Also affords protection against malaria. This valuable compound has been on the market since 1890 (originally known as Dr. Russell’s Pepsin Calisaya Bitters) three-quarter circle with picture of Augustin Gauer and Trade Mark to either side. The ‘Augauer’ having been coined by us and registered as a trade mark – signed N. J. Gauer. 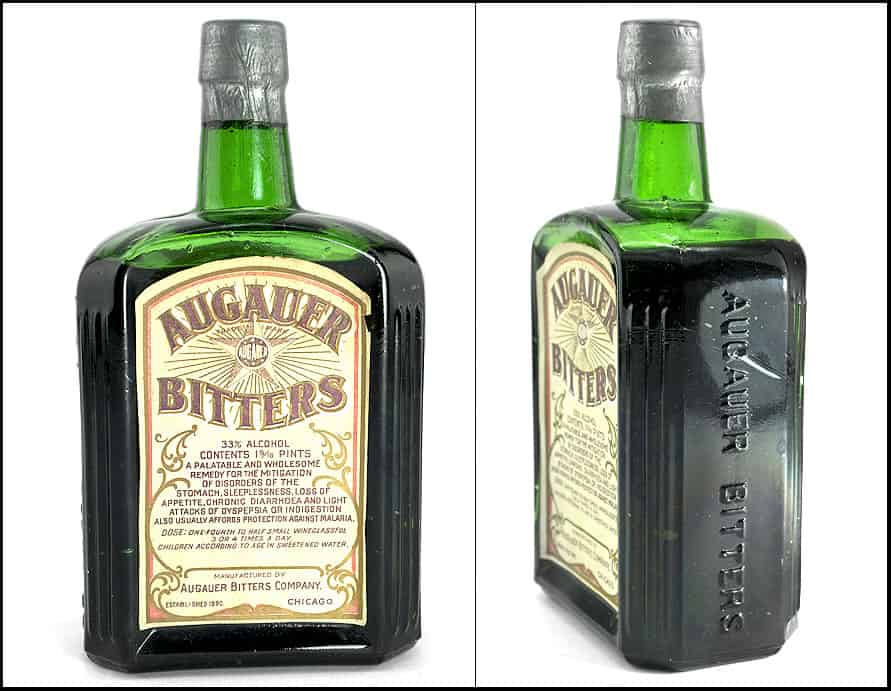 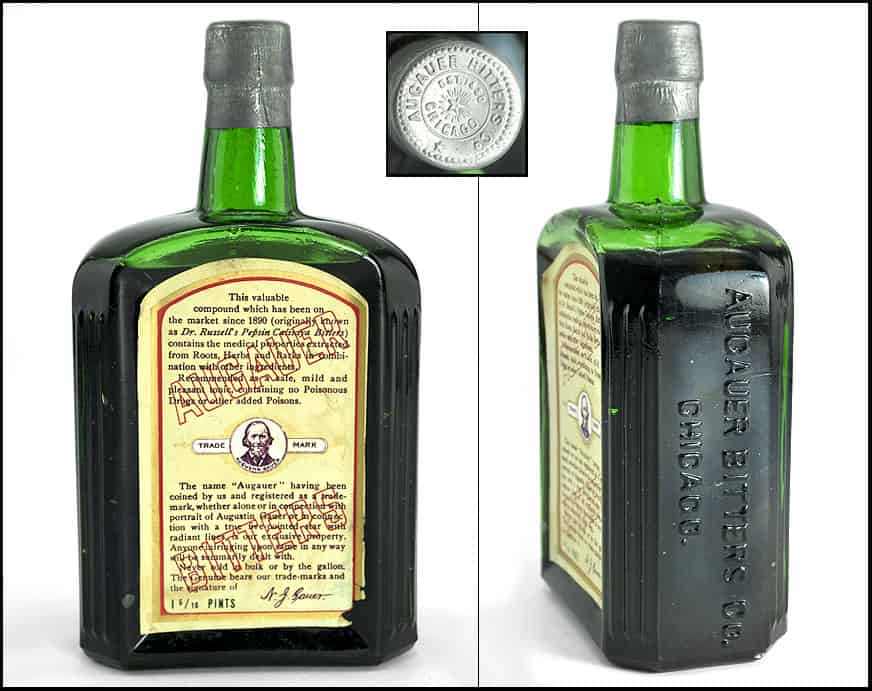 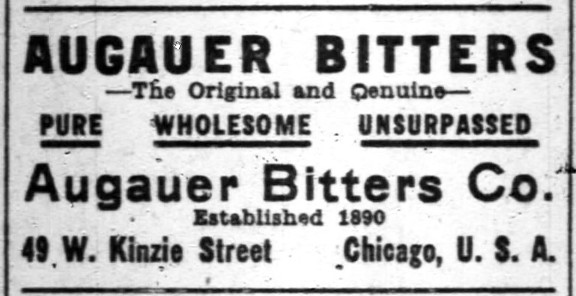 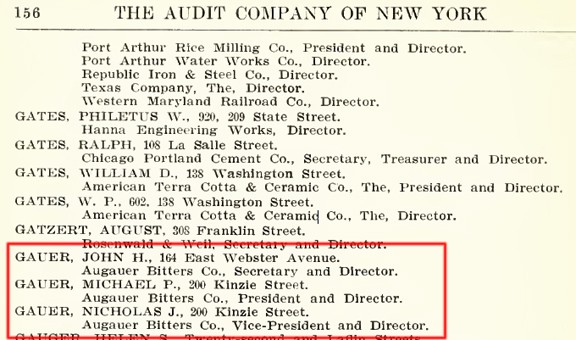 The ad reads” Augauer Bitters. Contains 35% Alcohol. This preparation is offered to the public as a palatable and wholesome remedy for the mitigation of disorders of the stomach sleeplessness, loss of appetite, chronic diarrhoea and light attacks of dyspepsia or indigestion. Also usually affords protection against malaria. Dose: one fourth to half small wine glass full 3 or 4 times a day. Children according to age in sweetened water. Guaranteed under foods and drugs act, June 30, ’06. Manufactured by Augauer Bitters Company, Formerly The Dr. Russell Medicine Co.”

Both companies produced a rectangle green bitters bottle very similar. The Augauer Bitters Company went out of business in 1918 because of prohibition. 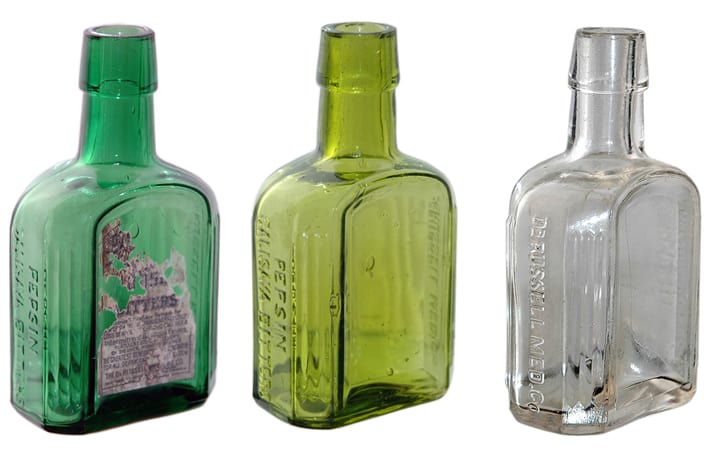 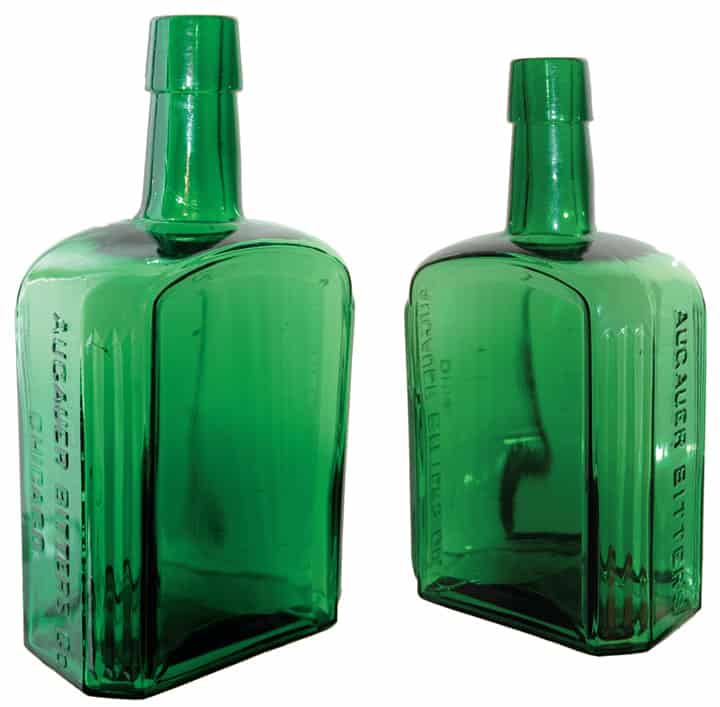 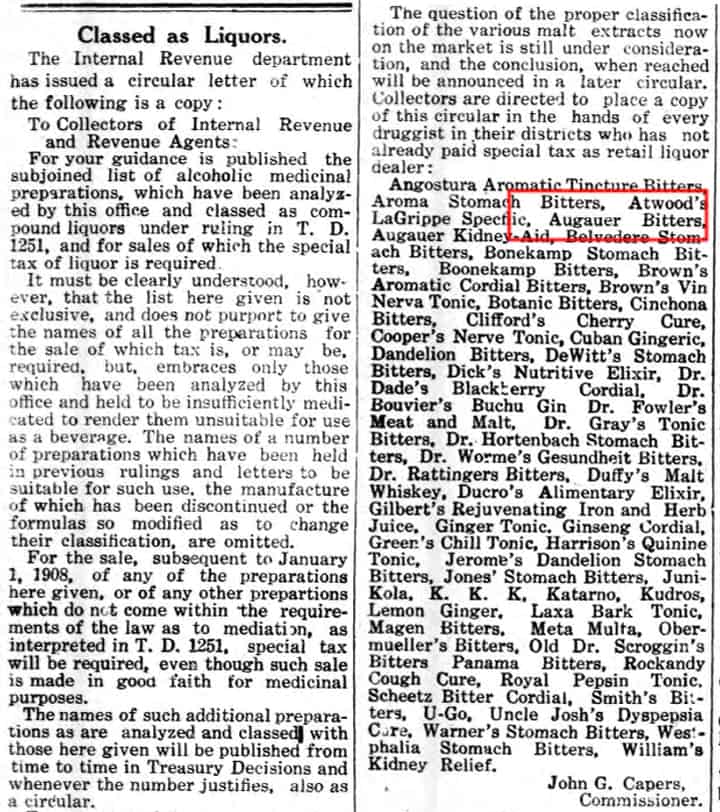 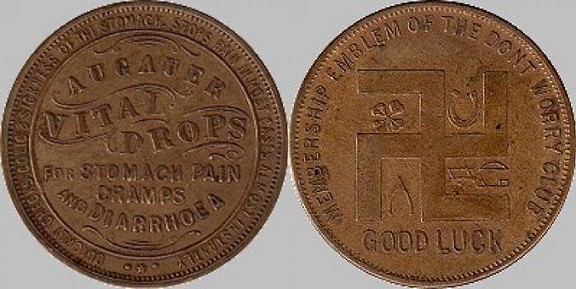 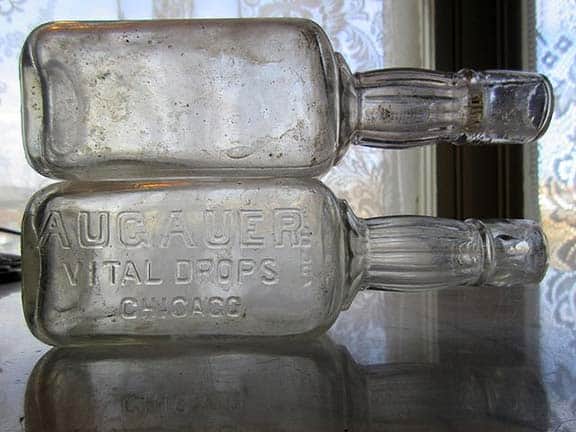 Un-embossed and embossed Augauer Vital Drops. They are both 6 3/4″ tall and 1 7/8″ square. They also sport fluted neck with petals at the shoulder, both numbering 14 each. The embossed one has the unusual embossing reading to the right as opposed to the more common reading to the left.- Jack Klotz Collection