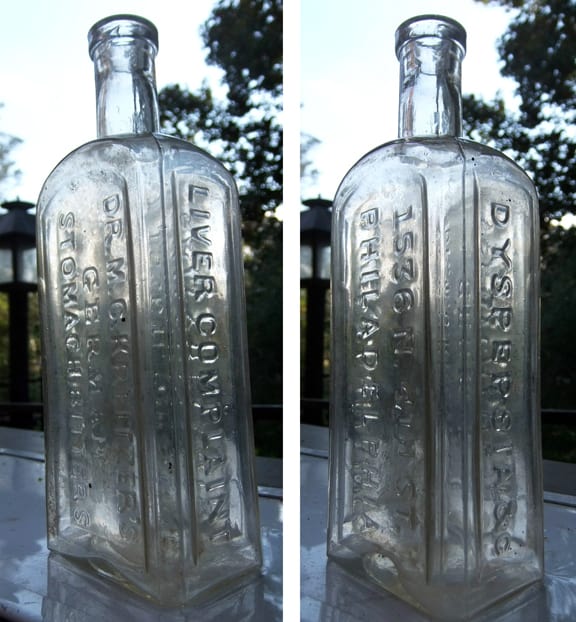 This extremely rare Bitters bottle sold on ebay last night. This listing is noted below. See Listing on ebay. As usual, I wanted to find out why this bottle was so rare and who was Dr. Kreitzer? 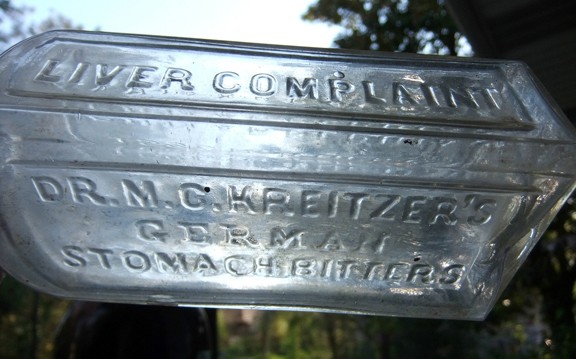 The Kreitzer’s and Gold Mining 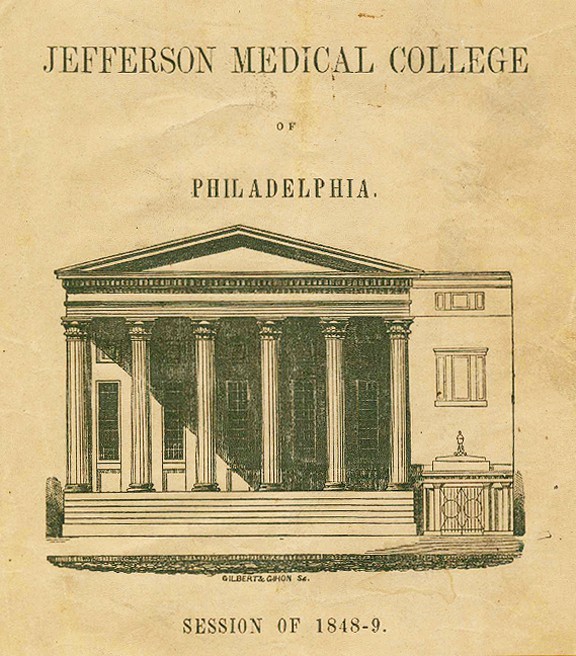 Dr. M.C. Kreitzer graduated from the Jefferson Medical College in 1848-49. The is a portion of the catalog cover.

he established himself in business as a druggist and physician

Dr. Kreitzer was educated at Myerstown Academy and at Yale University. He graduated from Jefferson Medical College (as in Thomas Jefferson) in 1848-1849. The same year he established himself in business as a druggist and physician at 1536 North 4th Street (embossed on bottle), and continued in active practice at that address until his death. There is also a Harry C. Kreitzer living at the same address with Michael C. Kreitzer in 1891. A John A. Kreitzer graduated from the Jefferson Medical College in 1870-1871.

“On the Market Nearly 70 Years”

It looks like W.C. Power & Company was pushing the Kreitzer line at the same 1536 N. 4th Street address in 1912 stating “On the Market Nearly 70 Years” in advertising material. That pretty much confirms that Dr. Michael C. Kreitzer started selling his medicines upon graduation or sooner from Jefferson Medical College in 1848-49.

As far as Michael C. Kreitzer being involved in gold mining in Pennsylvania, who knows? That New York Times article in 1883 is sure interesting. You would think Kreitzer would keep moving up in life and closer to the city center. It is telling that he practiced at the same address his entire life in North Philadelphia. 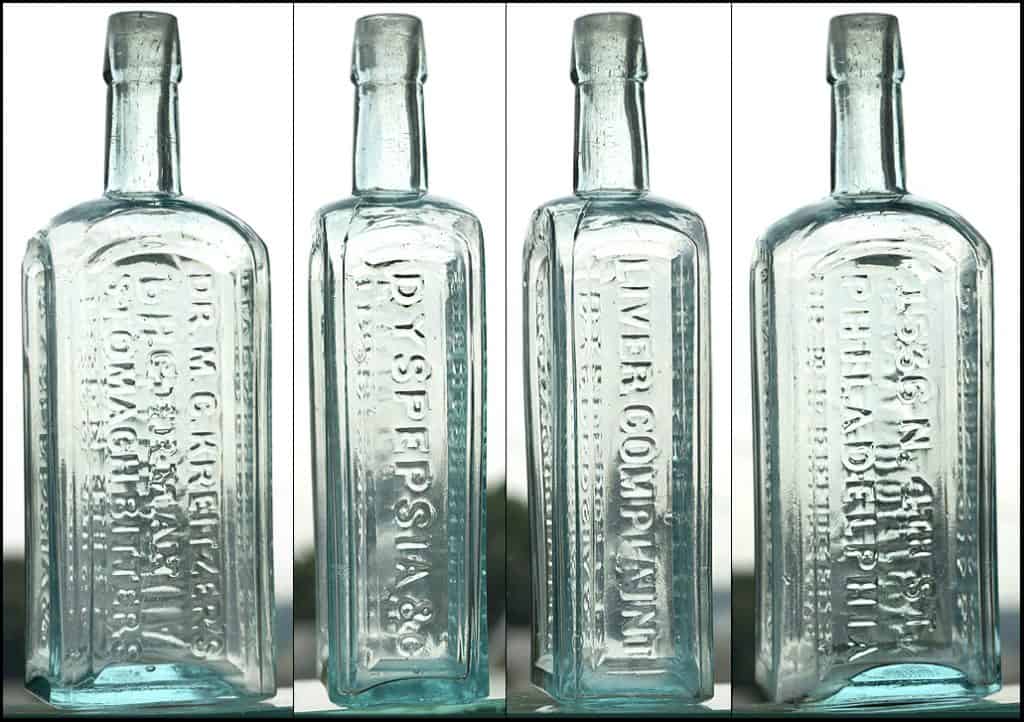 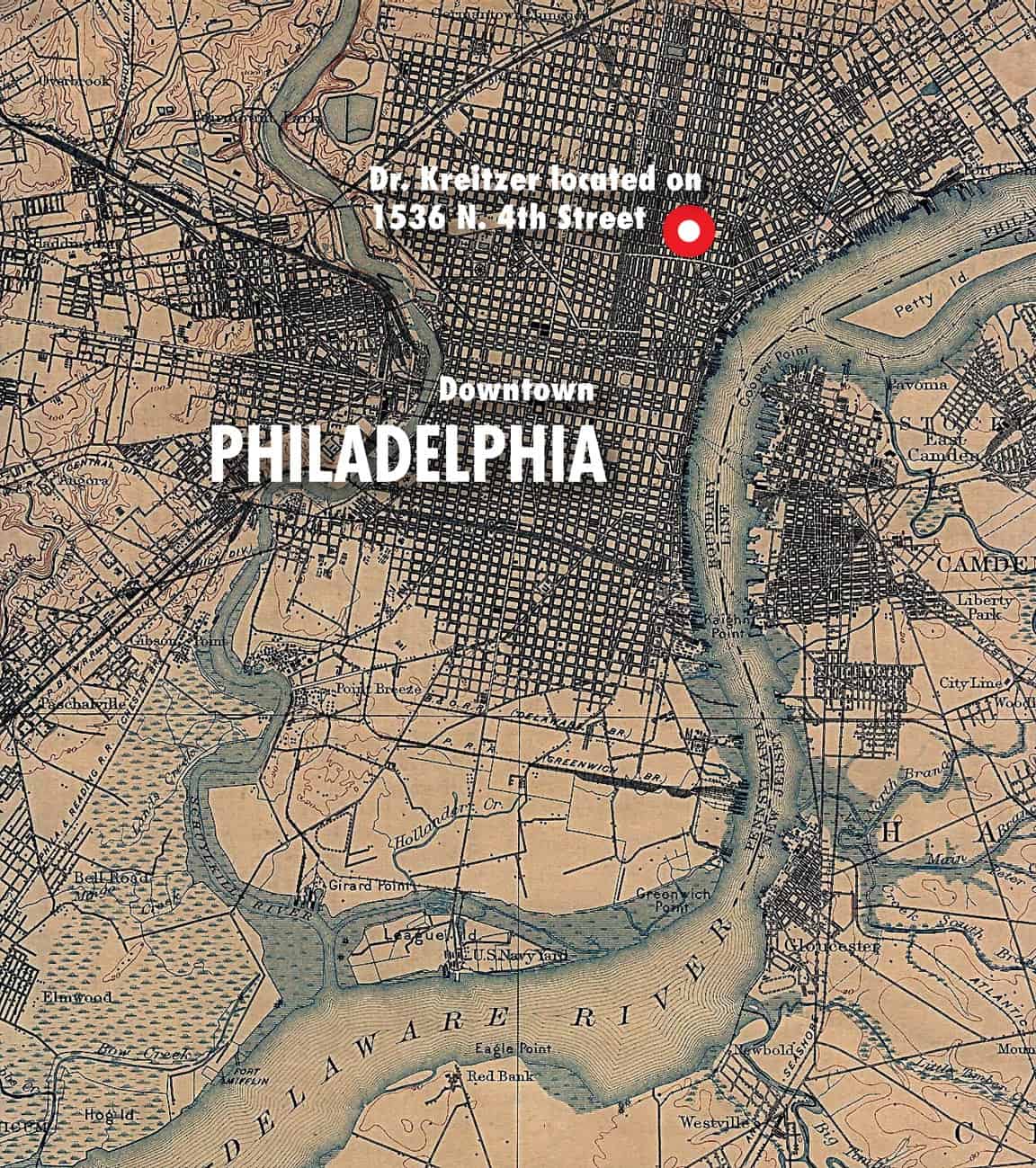 Both M.C. Kreitzer and H.C. Kreitzer listed as living on Franklin Street. – Boyd’s Blue Book: A Directory from Selected Streets of Philadelphia – 1891 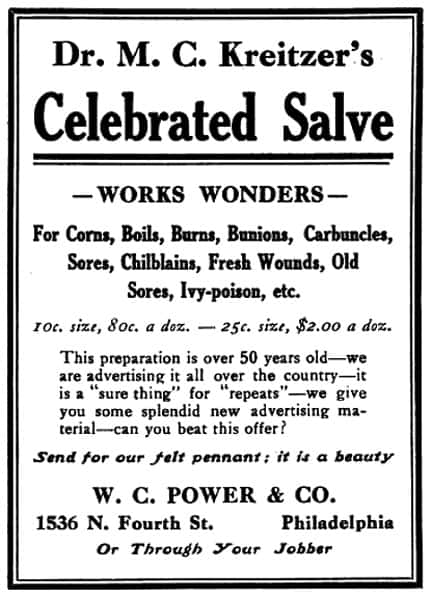 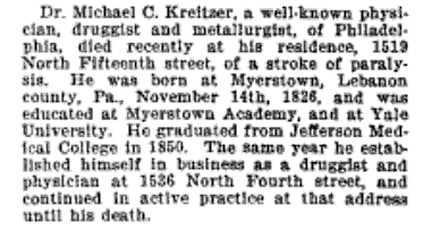 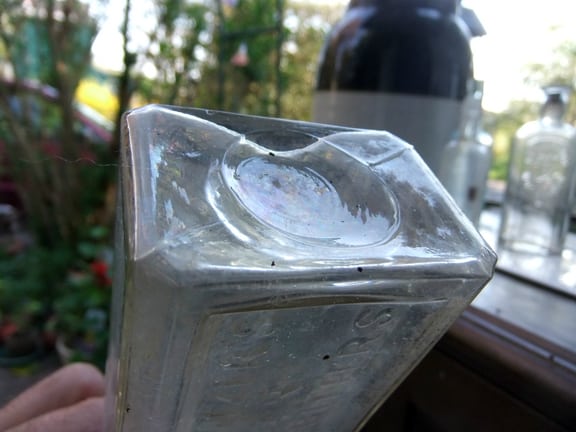 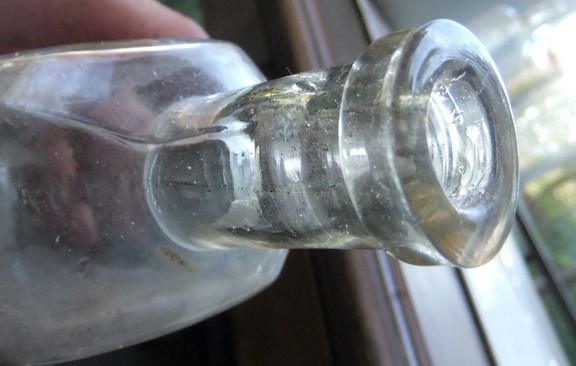 Ferdinand Meyer V is a native of Baltimore, Maryland and has a BFA in Fine Art and Graphic Design from the Kansas City Art Institute and School of Design. Ferdinand is the founding Principal of FMG Design, a nationally recognized design consultation firm. Ferdinand is a passionate collector of American historical glass specializing in bitters bottles, color runs and related classic figural bottles. He is married to Elizabeth Jane Meyer and lives in Houston, Texas with their daughter and three wonderful grandchildren. The Meyers are also very involved in Quarter Horses, antiques and early United States postage stamps. Ferdinand is the past 6-year President of the Federation of Historical Bottle Collectors and is one of the founding members of the FOHBC Virtual Museum.
View all posts by Ferdinand Meyer V →
This entry was posted in Bitters, Druggist & Drugstore, eBay, History, Medicines & Cures and tagged bitters, Dr. M.C. Kreitzer, Dr. Michael Kreitzer, eBay, German, gold, Harry C. Kreitzer, Jefferson Medical College, John A. Kreitzer, Michael C. Kreitzer, mining, Myerstown, Pennsylvania, Philadelphia, Stomach, W.C. Power Company. Bookmark the permalink.