“Collectors” Series – What do you think? 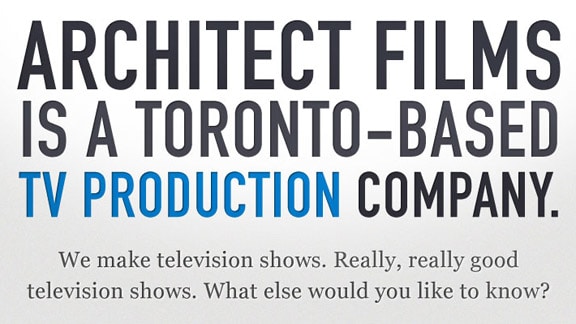 I received an interesting telephone call last week from a very nice fellow named Chris with Architect Films in Toronto, Canada. After trading calls, we eventually had a nice talk regarding the possibility of them coming to Houston to include my Bitters Collection in their Collectors series. We finished the call with saying we will talk again. I did, by the way, check them out.They seem to be real.

This weekend I received the following email from Joan Cabaniss who is the President of the Antique Poison Bottle Collectors Association (APBCA).

Thanks for the nice chat this afternoon. Here’s the info for your members.

My name is Catherine May and I work for television series called “Collectors” that celebrates collectors and collections all over North America. I would love to be able to include a poison bottle collection in the show.

Here’s some info about the show:

We are based in Toronto and the show will initially be shown on the Slice Network across Canada. (“Slice” is like “slice of life”.) Most Canadian series are eventually sold and shown all over the world and we expect that to be the case for “Collectors”.

“Collectors” is hosted by a highly knowledgeable collector-appraiser with over 30 years of experience including multiple years as an expert on “Antiques Roadshow”. Participants who appear on the show are compensated financially for their time ($750 US) and are furnished with a video record of their collection in the form of a DVD of their episode.

We’re seeking people with extensive home-based collections (as opposed to people with private museums or retail outlets). All of the collections we’ve filmed have been very nicely displayed whether the collector lived in a modest apartment or grand home. While its not the focus on the show, the collector should be comfortable with having our host estimate its total value. Given that the collections we showcase are highly valuable (so far they range from $20K to 10 million) collectors’ privacy is maintained by referring to them on the program by first name only, and providing viewers with only the most general information about where in the country they live.

The cities we will be travelling to first are Dallas, Miami and Las Vegas but I would happy to hear from any collector in the US or Canada who thinks they might be a good fit for the series.

Thanks very much and best regards,

I am curious if anyone else has been contacted? I know Bob Ferraro was. Would you be interested in being included? Is this good for the hobby?

This is the second studio that has contacted us this past year. After thinking it would be pretty cool, I mentioned it to my wife Elizabeth. She kind of freaked out. We have had some limited experience with television and commercials and understand a typical, 60 second commercial taking all day to film with dozens of people being involved including actors, technicians, catering, wardrobe etc.

“While its not the focus on the show, the collector should be comfortable with having our host estimate its total value.”

The part where they ask you the value of your collection and have an ‘expert’ give you an appraisal is also kind of humorous. So many pros and cons here. Chris did ask for other names of collectors and I did draw the line there and withheld my comments.

Ferdinand Meyer V is a native of Baltimore, Maryland and has a BFA in Fine Art and Graphic Design from the Kansas City Art Institute and School of Design. Ferdinand is the founding Principal of FMG Design, a nationally recognized design consultation firm. Ferdinand is a passionate collector of American historical glass specializing in bitters bottles, color runs and related classic figural bottles. He is married to Elizabeth Jane Meyer and lives in Houston, Texas with their daughter and three wonderful grandchildren. The Meyers are also very involved in Quarter Horses, antiques and early United States postage stamps. Ferdinand is the past 6-year President of the Federation of Historical Bottle Collectors and is one of the founding members of the FOHBC Virtual Museum.
View all posts by Ferdinand Meyer V →
This entry was posted in Art & Architecture, Bitters, Club News, Collectors & Collections, Humor - Lighter Side, News, Peachridge Glass, Poison Bottles, Questions and tagged Architect, canada, Films, television, Toronto. Bookmark the permalink.

10 Responses to “Collectors” Series – What do you think?