“Salvadora” in the bottle – Tom Quinn 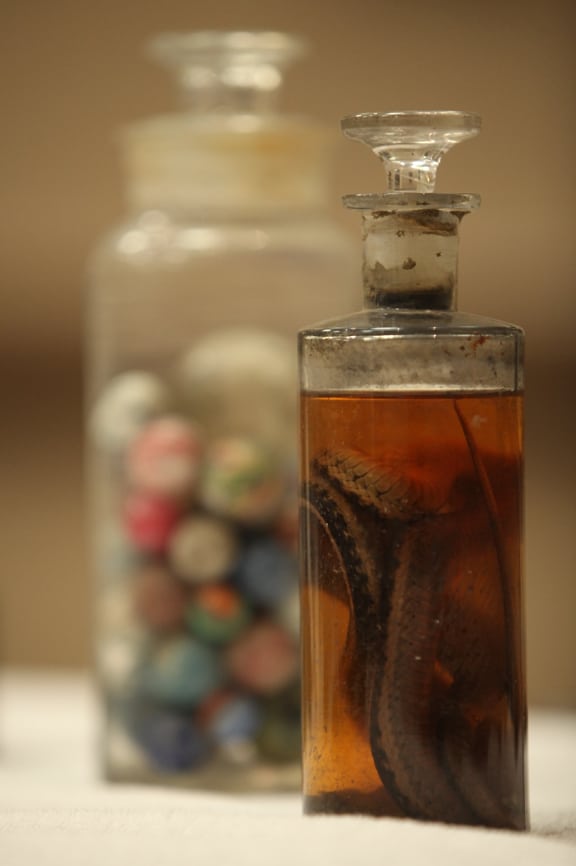 From Tom Quinn (Benicia, California) who gave a ‘standing room only’ seminar to 80+ attendees at his “Bottle Digging in the West 2012” seminar at the FOHBC Reno Expo. 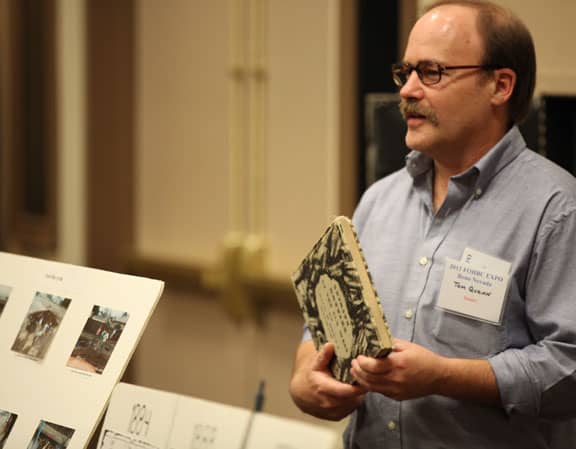 A picture of my snake “Salvadora” in the bottle. I had that on display during the seminar. I don’t know if you heard the story or not on the circumstances surrounding the excavation of the bottle with the snake inside or not. It came out of the bottom of a circa 1880’s-90’s privy, stopper stuck in the neck preventing the formaldehyde from leaking out. The yard was where a very uncooperative tenant woman from El Salvador rented the house. It’s fun to see that a picture of it wound up with the Expo pictures!

Gross, but interesting. I’d probably be so startled I’d drop the bottle!

Cool! We found a bottle one time in a deep privy in Cincinnati that had a 10 foot tape worm in formaldehyde! 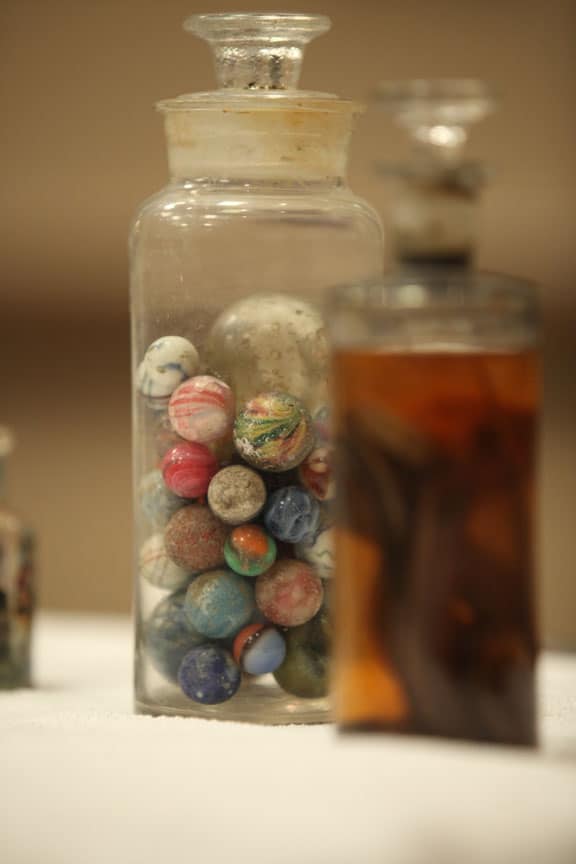 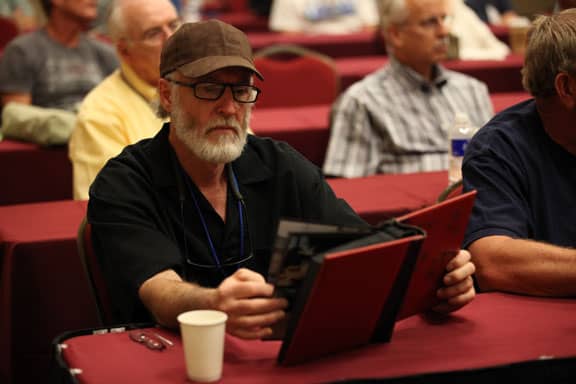 Ferdinand Meyer V is a native of Baltimore, Maryland and has a BFA in Fine Art and Graphic Design from the Kansas City Art Institute and School of Design. Ferdinand is the founding Principal of FMG Design, a nationally recognized design consultation firm. Ferdinand is a passionate collector of American historical glass specializing in bitters bottles, color runs and related classic figural bottles. He is married to Elizabeth Jane Meyer and lives in Houston, Texas with their daughter and three wonderful grandchildren. The Meyers are also very involved in Quarter Horses, antiques and early United States postage stamps. Ferdinand is the past 6-year President of the Federation of Historical Bottle Collectors and is one of the founding members of the FOHBC Virtual Museum.
View all posts by Ferdinand Meyer V →
This entry was posted in Apothecary, Bottle Shows, Digging and Finding, Facebook, FOHBC News, Humor - Lighter Side, Marbles, Photography, Utility Bottles and tagged Digging, E. George Brater III, El Salvador, Expo, fohbc, Lauren Battone, Lou Lambert, privy, Reno, Salvadora, Scott Selenak, seminar, Tom Quinn. Bookmark the permalink.