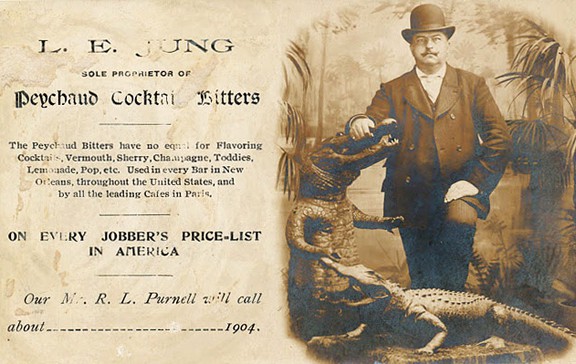 This is an advertising card, announcing the visit of a salesman, R.L. Purnell, who is going to stop by sometime in 1904. L.E. Jung, the sole proprietor of Peychaud Bitters, was also a big New Orleans absinthe distiller. Photo, presumably of Mr. Jung, posed with pair of taxidermy alligators.

“Created in the 1830s in New Orleans, Peychaud Bitters is a gentian-based bitters still used today for mixed drinks, in particular the Sazerac cocktail. People were sipping Sazeracs in New Orleans before the Civil War.”

Peychaud’s Bitters was born in 1803, into a wealthy family of coffee planters. Originally from Bordeaux, the Peychaud’s owned large and lucrative plantations on what was then the French colony of Saint-Domingue, now Haiti. Their estate was destroyed during the Haitian Revolution of 1804, but they and the infant Antoine fled to New Orleans, and made a new life for themselves in the French Quarter of the city. After training as an apothecary, Peychaud opened a Creole pharmacy at 123 Royal Street, where he began to make and sell his own proprietary brand of bitters, flavored with gentian, comparable to Angostura bitters, but with a lighter body, sweeter taste and more floral aroma. By the 1840s, Peychaud was marketing his bitters both as a digestive and as a general tonic, and by the time of his death in 1883, they had supplemented Stoughton’s as the American bitters of choice. The Peychaud family continues to be well established in New Orleans.

“On Every Jobber’s Price-List in America”

The Carlyn Ring and W.C Ham listings are as follows:

Further Reading: In collecting Bitters, do you need the ‘S’? 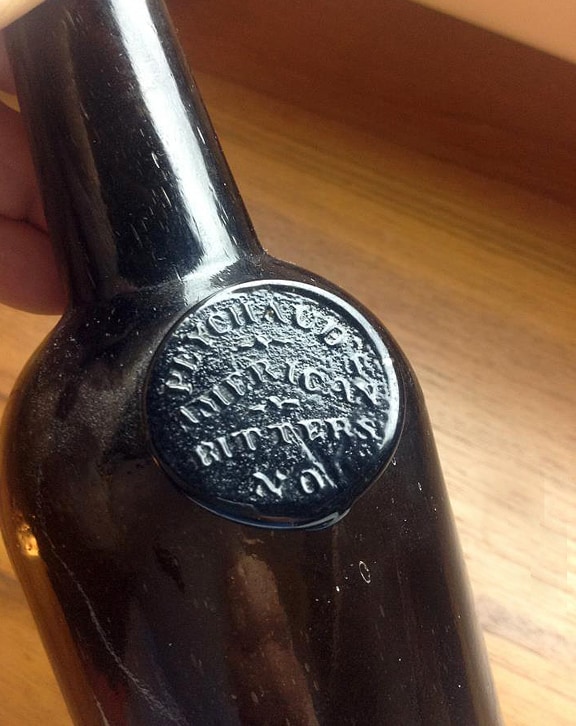 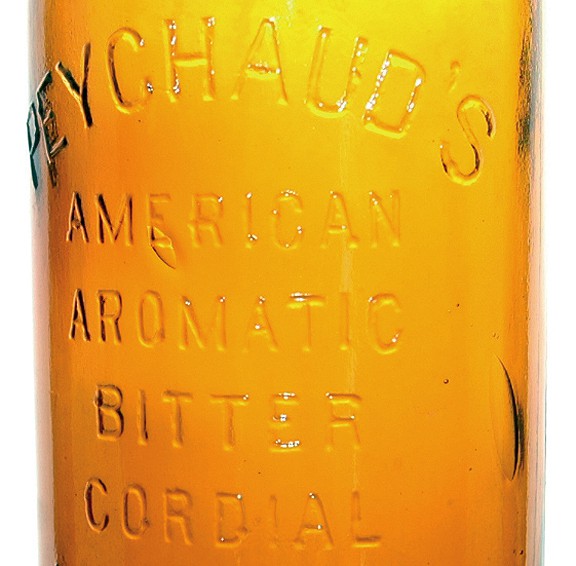 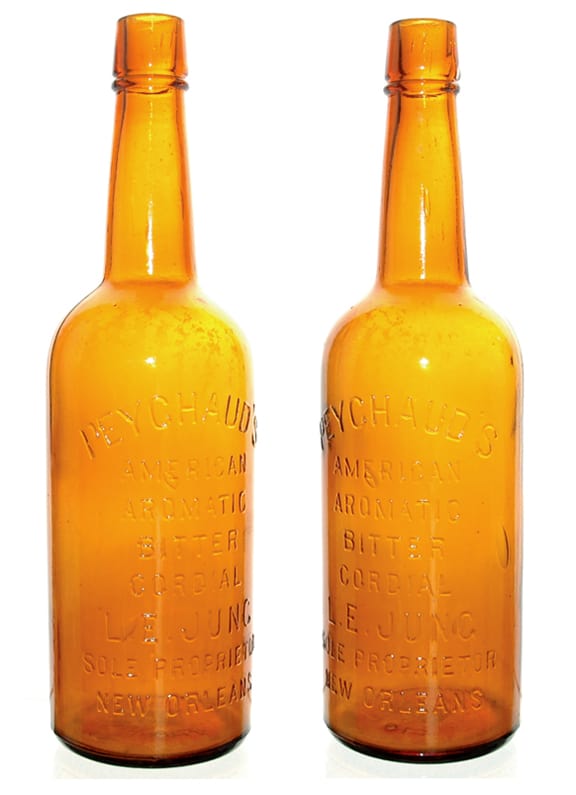 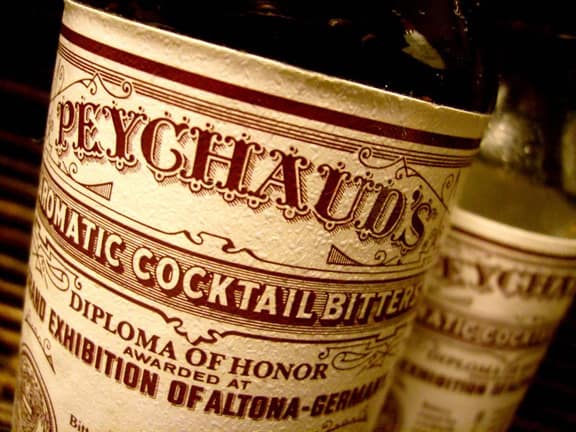 Peychaud’s Bitters 5 oz Since 1793. For any bar to be complete there must be a bottle of Peychaud’s Bitters. Necessary in all of the most sophisticated cocktails, Peychaud’s enhances the taste of whatever you’re sipping. Try them in Manhattans, Old Fashioneds, Whisky Sours or in our signature Sazerac Cocktail. The Original Sazerac Cocktail. Take two heavy-bottomed 3 1/2-oz. Bar glasses; fill one with cracked ice and allow it to chill while placing a lump of sugar with just enough water to moisten it. Crush the saturated lump of sugar with a bar spoon. Add a few drops of Peychaud’s Bitters, a jigger of rye whisky and several lumps of ice and stir briskly. Empty the first glass of ice, dash in several drops of Herbsaint, twirl the glass rapidly and shake out the absinthe. Enough of it will cling to the glass to impart the desired flavor. Strain into this glass the rye whisky mixture prepared in the other glass. Twist a lemon peel over the glass, but do not put it in the drink. – DrinkX-Culture 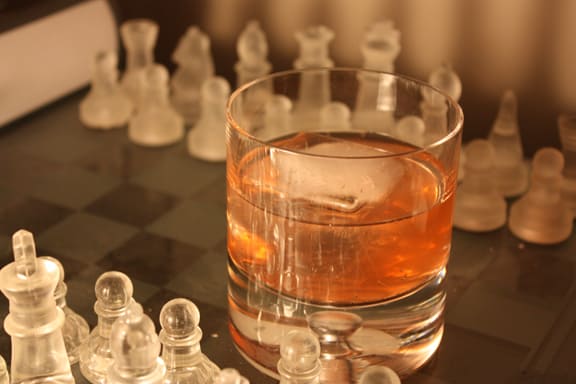 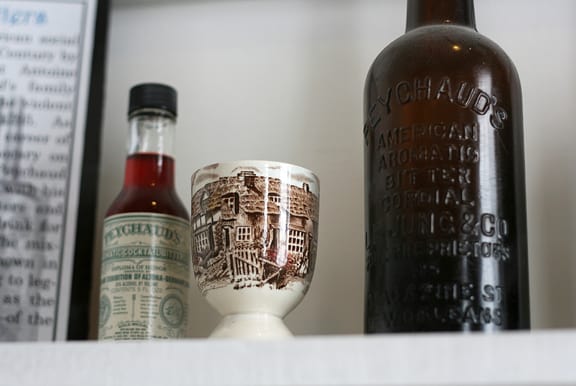 Peychaud’s Bitters bottles, and a “coquetier”, a double-ended egg cup that Antoine Peychaud supposedly served his bitters-brandy-and-sugar concoction in. “Coquetier”, according to some, is the origin of the word “cocktail.” At the New Orleans Pharmacy Museum. 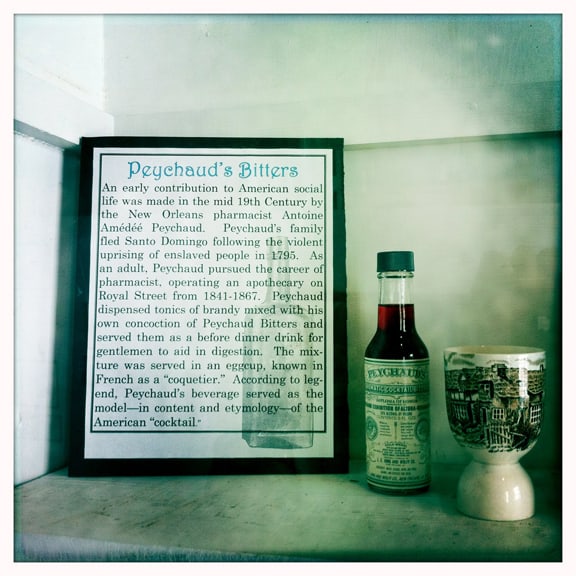 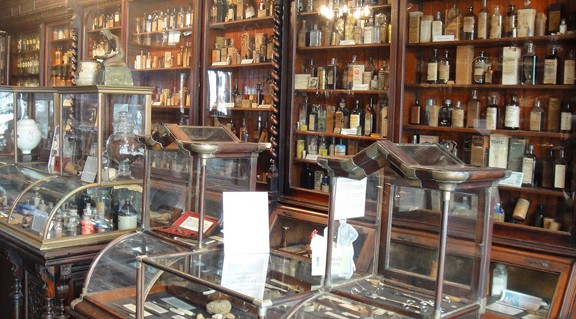 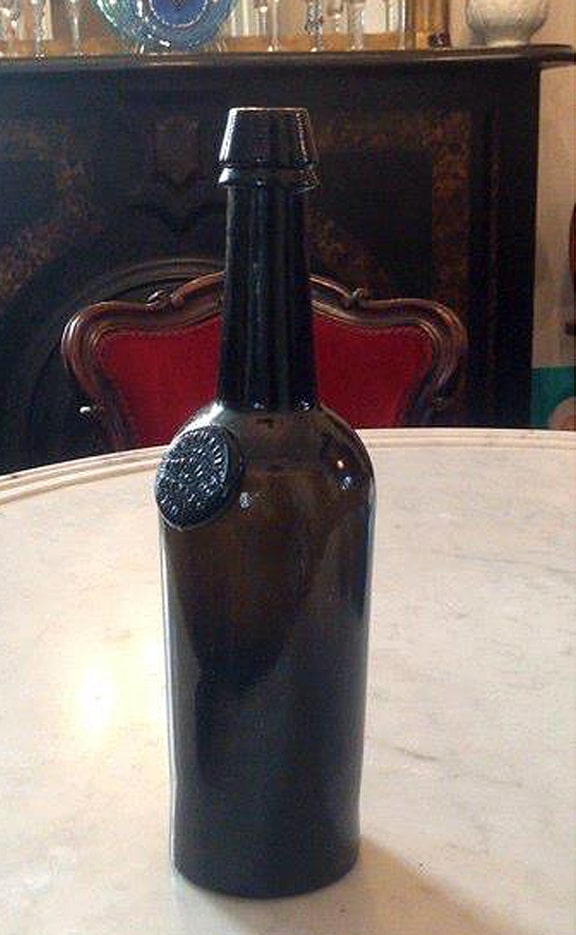 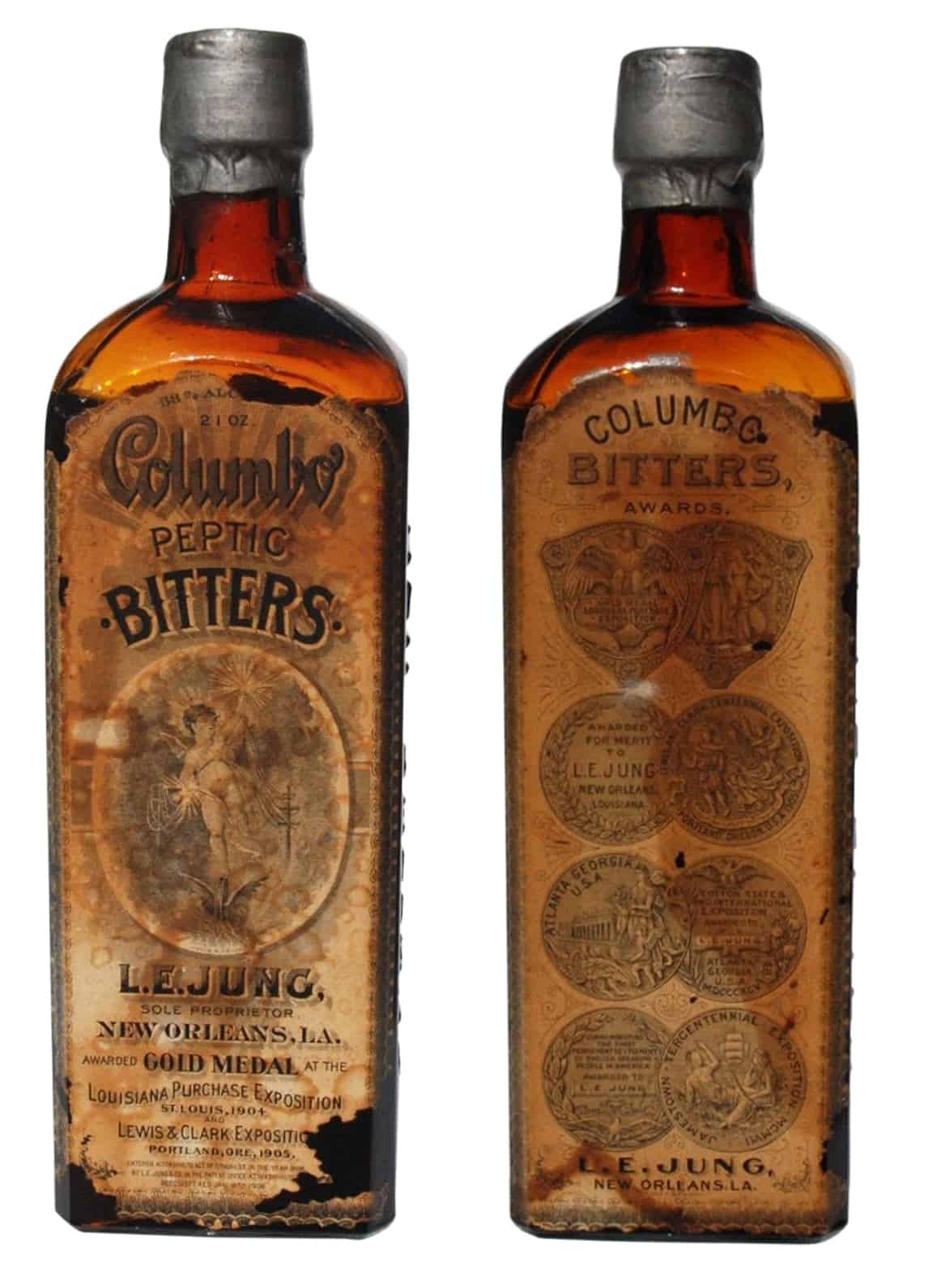