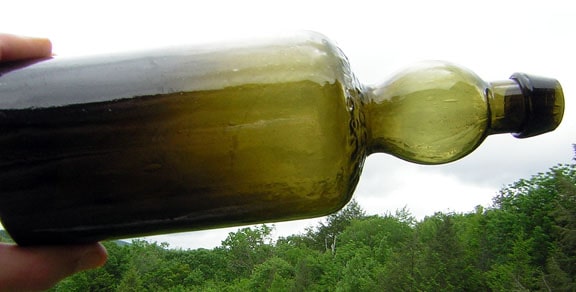 Posted on eBay now you will see a wonderful example of a Crookes’s Stomach Bitters from New Orleans. The seller, who has provided some nice pictures, is turnitup38 with a 100% rating. This a a favorite bottle of mine because of the large bulbous form in the neck. It is almost like the bottle is posturing or in mating season. I also really like the Crookes’s name. 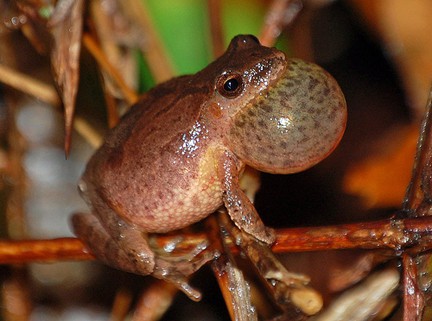 CROOKES S STOMACH BITTERS Ring and Ham C-252. 10 1/4 inches tall, olive-green with a hint of amber. This bottle is listed as extremely rare, and that crooke was a distiller in New Orleans from 1856-65. I found listings from Harmer Rooke in 1991 for $2,750, and Charles G. Moore in 1996 for $1,980 in my Browns auction price guide. Pretty desirable. the condition is great, no damage, chips, or cracks. there is the slightest fine wear here and there on the bottle but I cannot find an actual scratch. mint condition. eye-catching cream top style neck. Other bottles shown for color comparison only and not included in auction. 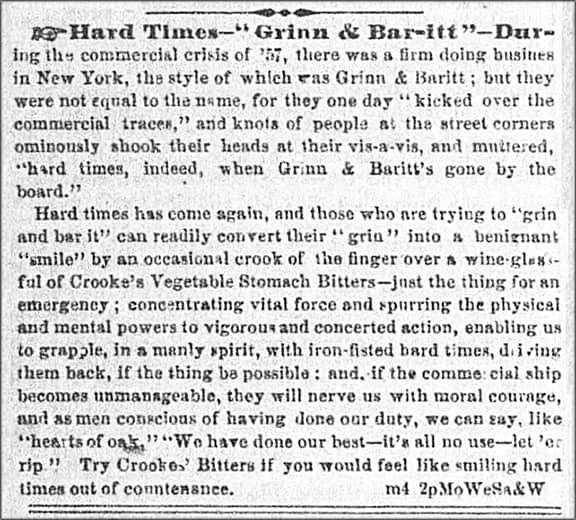 Crookes’s Invigorating Aromatic Vegetable Stomach Bitters was advertised in New Orleans and Shreveport, Louisiana between 1860 and 1862 as “The Great Medical Drink of the Ages.” It was said to be prepared from Aromatic Herb Bitters under the “Auspices of an Eminent Physician”. There is a reference in advertisements that indicates that a H.M. (Hugh M. ) Crookes had a Chemical Laboratory on West Broadway in New York City in February 1860. Later that year, the bitters was being advertised by presumably, James Crookes who was a merchant in New Orleans. Could be father and son. The company name was Crookes & Company and they were Sole Proprietors of the product addressing at a warehouse at 110 Tchoupitoulas street. I see some other evidence that James Crookes was a Private in Company G in the 20th Louisiana Infantry. He enlisted on December 21st, 1861 at Camp Lewis. He made Roll for January and February 1862 and was transferred from Company E on February 18th, 1862. He made Roll for March and April of 1862 and then was killed in action at Shiloh. He father also enlisted in New Orleans but survives the war and resided in New Orleans.

There is a Branch, Crookes & Company who made saws in the 1860s and 1870s in New Orleans. Working on that relationship. 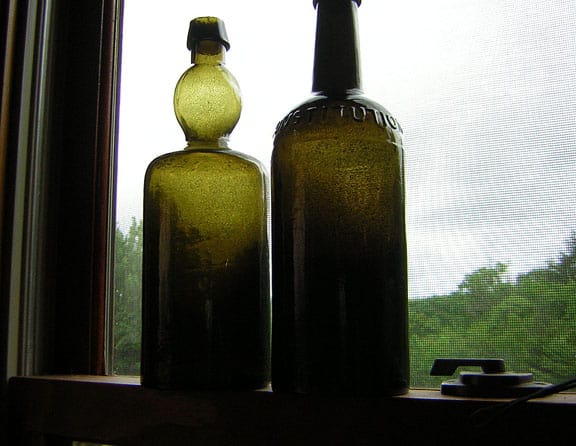 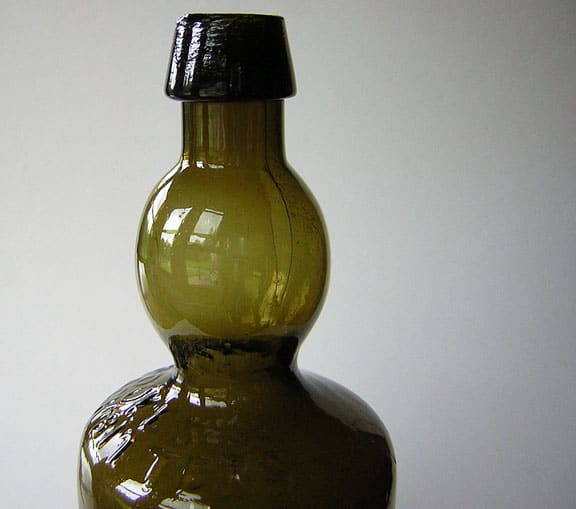 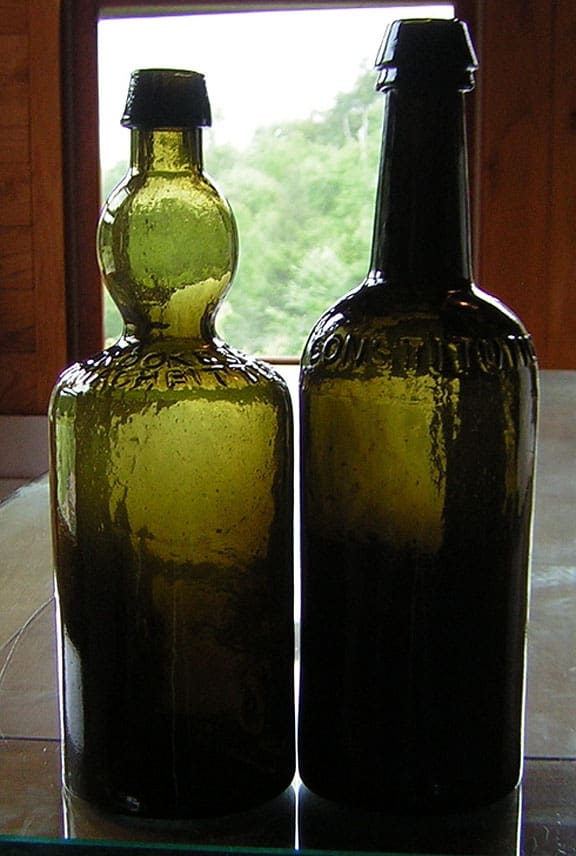 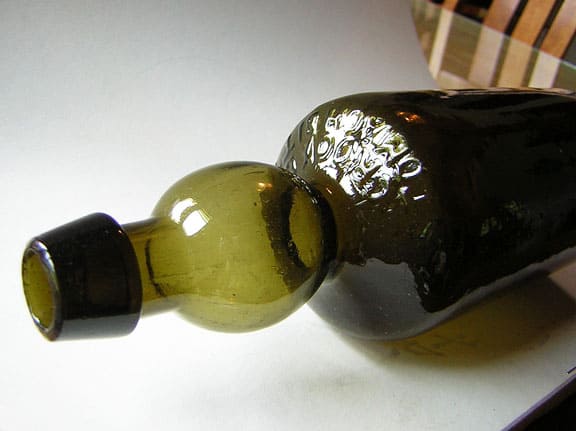 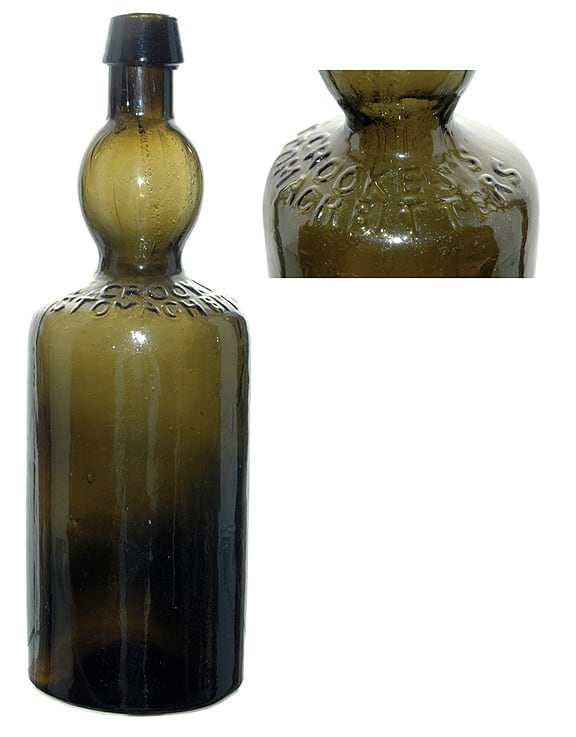 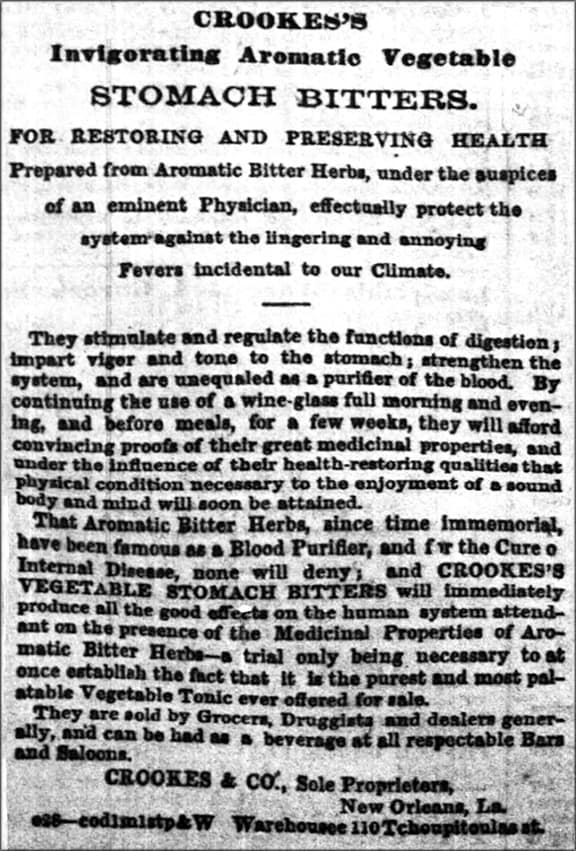 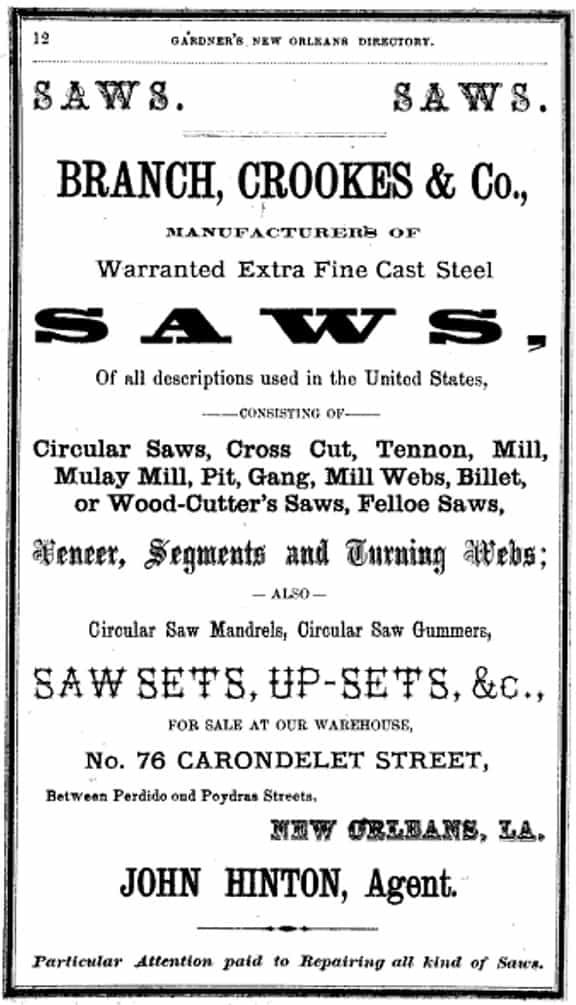 Ferdinand Meyer V is a native of Baltimore, Maryland and has a BFA in Fine Art and Graphic Design from the Kansas City Art Institute and School of Design. Ferdinand is the founding Principal of FMG Design, a nationally recognized design consultation firm. Ferdinand is a passionate collector of American historical glass specializing in bitters bottles, color runs and related classic figural bottles. He is married to Elizabeth Jane Meyer and lives in Houston, Texas with their daughter and three wonderful grandchildren. The Meyers are also very involved in Quarter Horses, antiques and early United States postage stamps. Ferdinand is the past 6-year President of the Federation of Historical Bottle Collectors and is one of the founding members of the FOHBC Virtual Museum.
View all posts by Ferdinand Meyer V →
This entry was posted in Advertising, Bitters, Civil War, eBay, History, Medicines & Cures and tagged bitters, Crooke's, Crookes's, eBay, New Orleans, Stomach. Bookmark the permalink.