Some nice Fruit Jars in the North American Glass Auction

Greg Spurgeon with North American Glass has some really cool fruit jars in his current auction. Many are recent finds. These are five of my favorites. Especially like the Louisville Glass Works jar. Check it out! Visit Auction 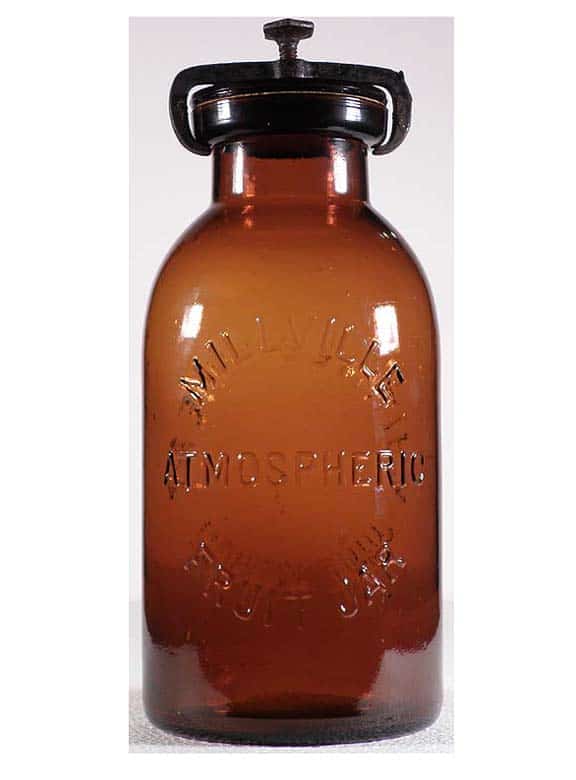 MILLVILLE ATMOSPHERIC FRUIT JAR in amber. Rare. This particular example is a fresh find, recently discovered during the clean-out of a residence outside of Milwaukee, Wisconsin. All previous known examples of this jar (around 12 jars) came from a single find, discovered during the clean out of another residence in the town of Milwaukee, back in the late 1960's. The former occupant had been a homeopathic physician, who had presumably special-ordered these amber jars from Whitall-Tatum for use in his medicinal business in the late 1800's. This one is in virtually attic-mint condition, even including the original sealing gasket - North American Glass 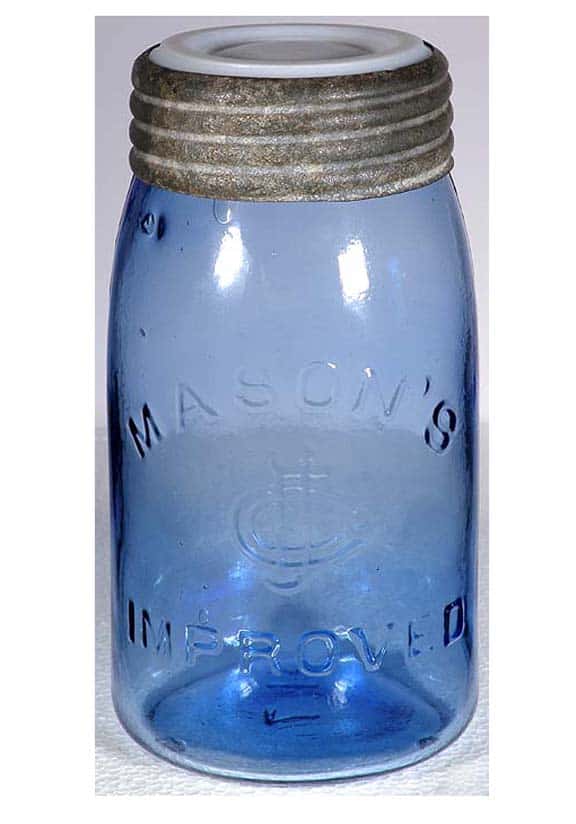 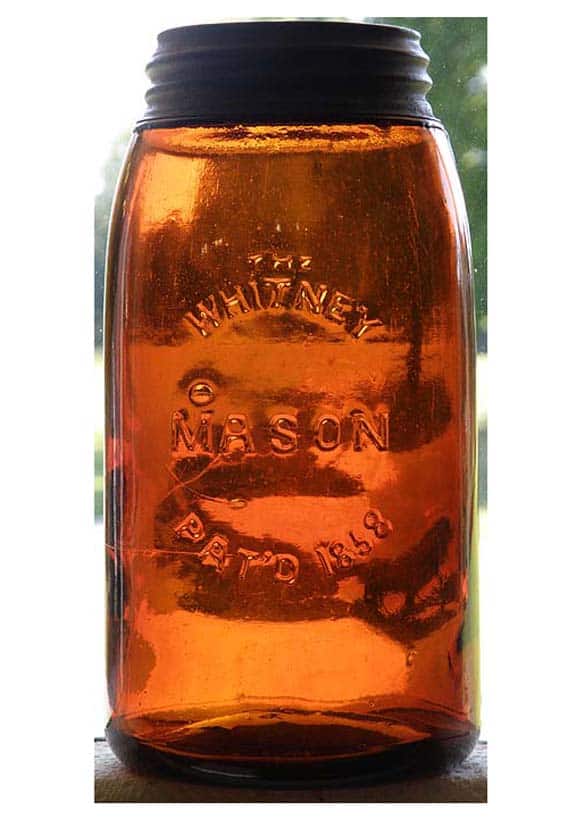 THE WHITNEY MASON PAT'D 1858 quart in amber. Rare jar and a great looking example. In the standard aquamarine color this is a common jar, but only a handful of examples in amber are known to exist. It remains a mystery as to why a small number of these jars would have been manufactured in this unusual color - North American Glass 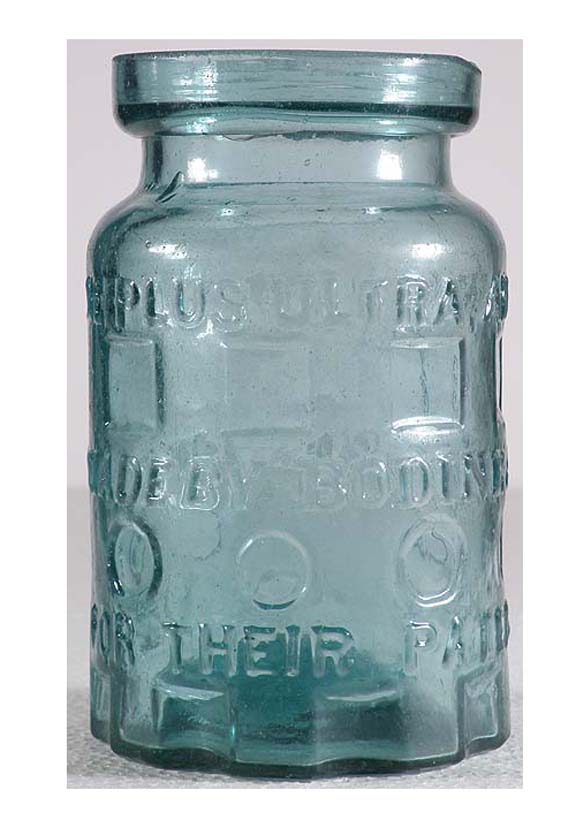 NE PLUS ULTRA BODINE BROS Circle & Square pint with pontil. Extremely rare in pint size. This example is fresh to the market and is being offered in the exact condition as it was recovered from a river in New Jersey 2 years ago. Could be professionally tumbled to near perfection by the new owner if desired, or left just as it is. In my opinion the jar displays perfectly fine just as found, and thereby can tell its own story. The color is a richer shade of aqua or blue-green - North American Glass 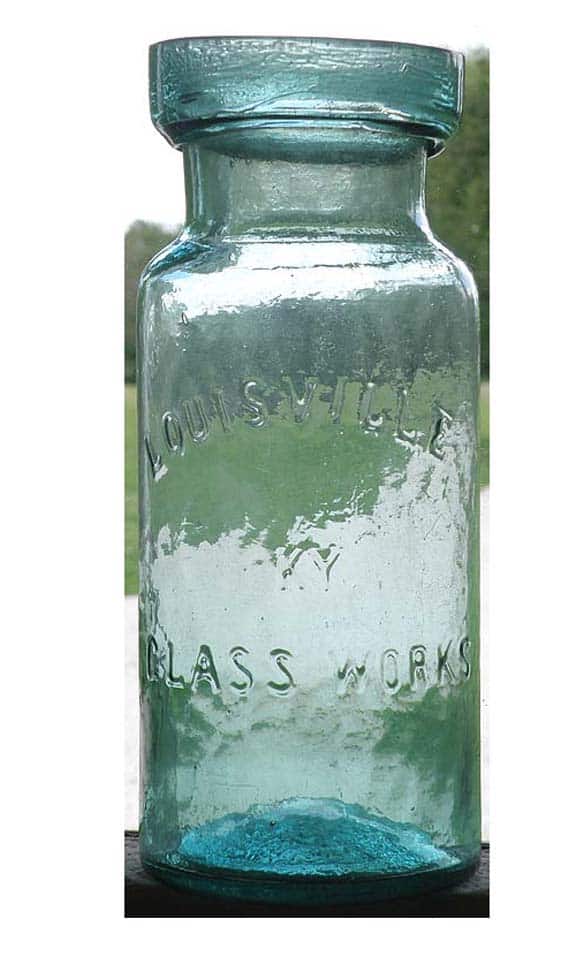 Ferdinand Meyer V is a native of Baltimore, Maryland and has a BFA in Fine Art and Graphic Design from the Kansas City Art Institute and School of Design. Ferdinand is the founding Principal of FMG Design, a nationally recognized design consultation firm. Ferdinand is a passionate collector of American historical glass specializing in bitters bottles, color runs and related classic figural bottles. He is married to Elizabeth Jane Meyer and lives in Houston, Texas with their daughter and three wonderful grandchildren. The Meyers are also very involved in Quarter Horses, antiques and early United States postage stamps. Ferdinand is the past 6-year President of the Federation of Historical Bottle Collectors and is one of the founding members of the FOHBC Virtual Museum.
View all posts by Ferdinand Meyer V →
This entry was posted in Advice, Auction News, Fruit Jars, Glass Companies & Works and tagged Atmospheric, auction, Bodine Bros, Fruit Jar, greg spurgeon, Improved, Kentucky, Louisvilly, Masons, Millville, North American Glass, Whitney Mason. Bookmark the permalink.