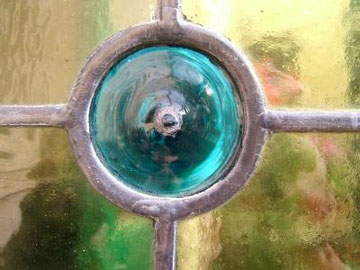 My association with bullseye window panes is limited, but on two occasions I almost crossed the line and obtained examples for the house here at Peach Ridge. The first encounter was at a country antique store west of Houston. This lady had just opened her antique shop and Elizabeth and I were attracted to a stack of bullseye panes. When I asked her for the price, she hesitated and said she was thinking about using them for her house and they were not for sale. A few more inquiries about other items produced similar responses. She is no longer in business. It kind of reminds me of myself attempting to be a bottle dealer a few times a year at shows. You see, I hate selling my bottles and regret most sales. I am a collector first.

My second encounter was at the Yankee Bottle Show in Keene, New Hampshire this past year. A dealer had some gorgeous yellow panes for sale. I almost purchased them. Getting them back to Houston was the challenge. Oh well…I am on the lookout.

The nickname bull’s eye has come to be associated with this piece of glass. 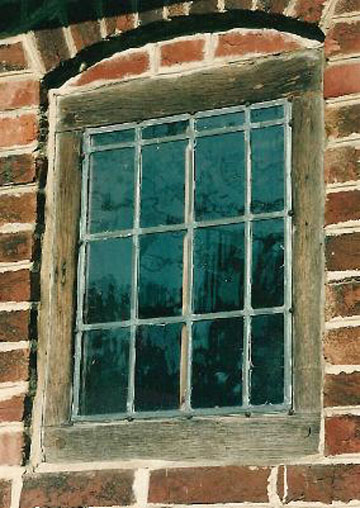 Throughout Georgian Britain, the predominant type of glass used to glaze domestic windows was Crown glass. This was manufactured by blowing, from a set-quantity of molten glass, a small globe of material and then spinning this, using a pontil or punty stick, into a large, thin, spherical disk, usually just over five feet in diameter. Once manufactured, the thickness of the disk was greatest at the centre where the pontil stick was attached. The quantity of glass at this point and the imperfection caused as the pontil stick was broken off made the central section unsuitable for general use and it was usually either re-smelted or used in low-end applications such as the glazing of stable and works areas. The nickname bull’s eye has come to be associated with this piece of glass.

The glassblower, viewed more as an artist in recent times, was an essential craftsman who produced fundamental products. The process of blowing molten glass into a balloon-like shape was the first step in creating window glass. 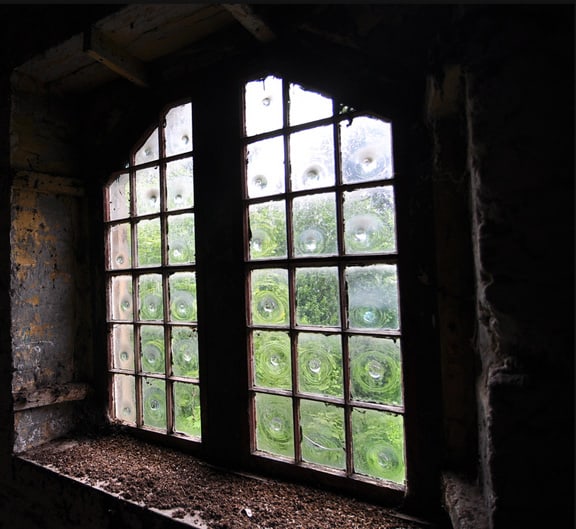 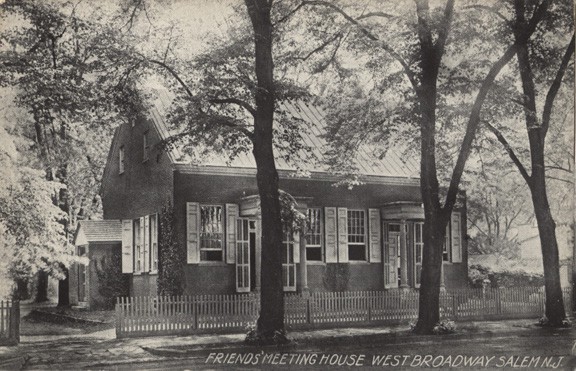 The first meeting-house of Friends in West Jersey was at Salem. In 1681, Samuel Nicholson and Ann his wife, conveyed to the Trustees of Salem Meeting his sixteen acre lot, whereon stood his dwelling-house, for the purpose of a meeting place for Friends; an addition was built to this house, making it when completed, 40 feet in length by 16 feet in depth, partly of brick, and partly frame, it was provided with a large open fire-place at each end, windows with 4 panes of thick “bulls eye” glass, 7 by 9 inches in size, benches or forms without backs, and “a good clay floor.” It was thus used until about the year 1700.

Crown Glass – The crown glass method involved the glass blower creating a sphere. This sphere was then attached to a solid rod and the blowpipe removed. The opening left by the blowpipe was then enlarged as the sphere was continually spun, eventually forming a small disk. This disk was then spun again inside a large opening in the furnace until it became very thin and with a rather large circumference. The thin disk was cut into several individual square or rectangular panes that fit into a window sash. The individual panes in a sash were called lights. Many eighteenth and early nineteenth century windows have six or nine lights in each sash. The middle of the disk, which was attached to the spinning rod, could not be used for an unobstructed window pane. Rather than returning this wasted piece to its molten form, it was occasionally used for windows that didn’t offer a view. This “bull’s eye” glass was often found in transom windows over solid doors to allow daylight into entrance halls. 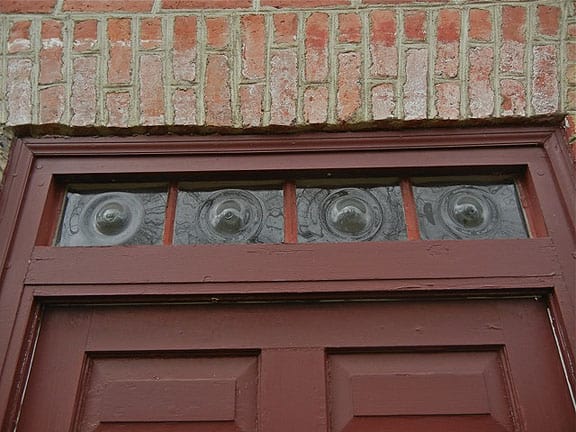 Cylinder Glass – Cylinder glass, also created by the skilled glassblower, began in the shape of large jar. The ends were removed and the remaining cylinder was then cut down the side. The split cylinder would be heated and unrolled into a flat sheet.

Both crown glass and cylinder glass were manufactured throughout the first three centuries of house building in this country. Until the mid nineteenth century, it seems that crown glass was preferred. By the latter part of the 1800s, improvements in the cylinder method of production made it the most common form of window glass. One improvement resulted in the ability to create much larger individual panes. Two-over-two windows become the dominant style by the late-Victorian era.

Crown glass, having been spun while molten, often has a repeating pattern of curved imperfections in the panes of glass. Cylinder glass usually has distortion without a pattern, but both are found to have occasional small bubbles trapped in the glass, a natural byproduct of the glassblowing process.

I have assembled a group of pictures from online searches and from bottle collectors below. 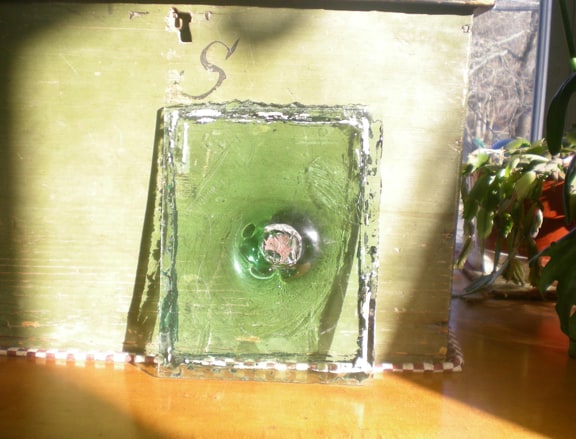 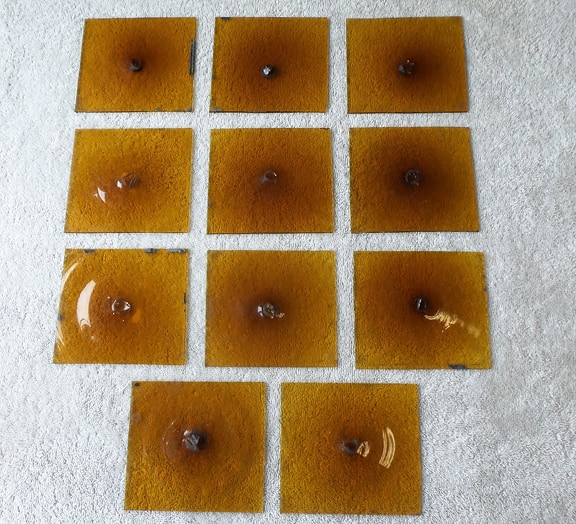 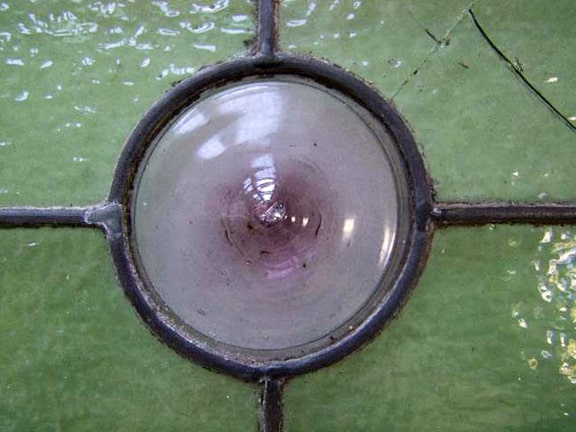 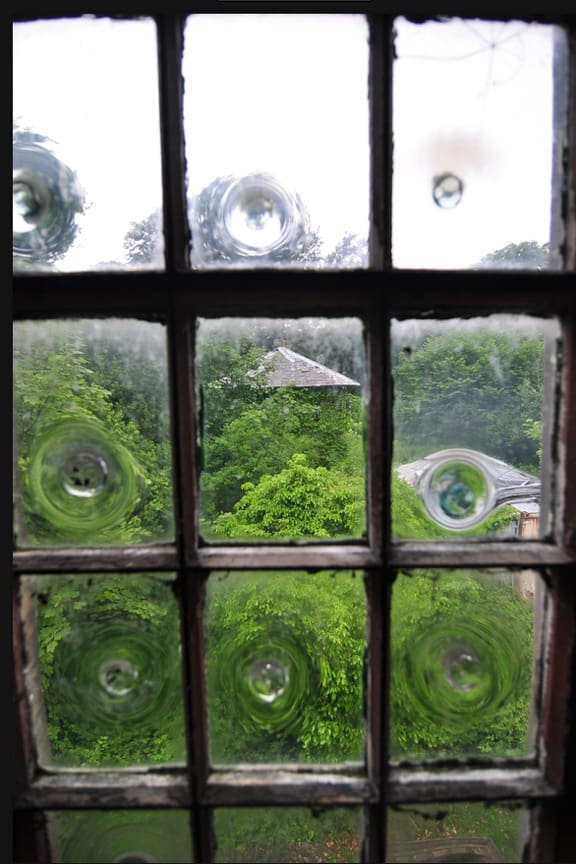 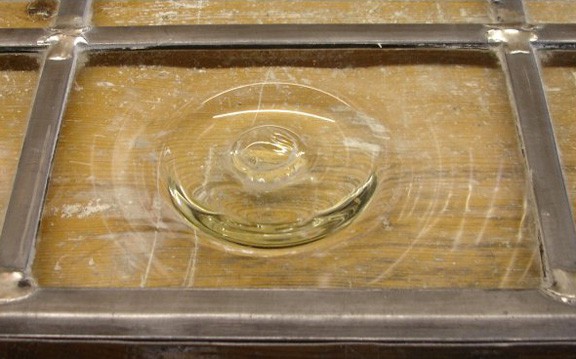 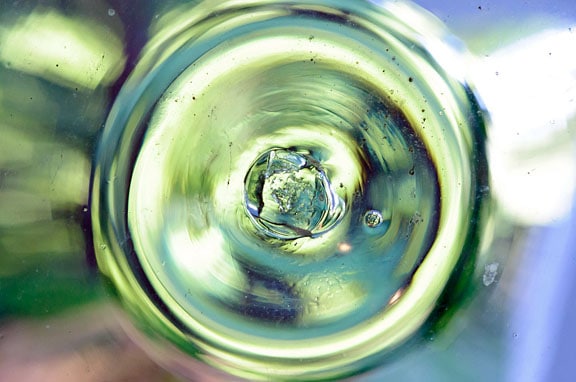 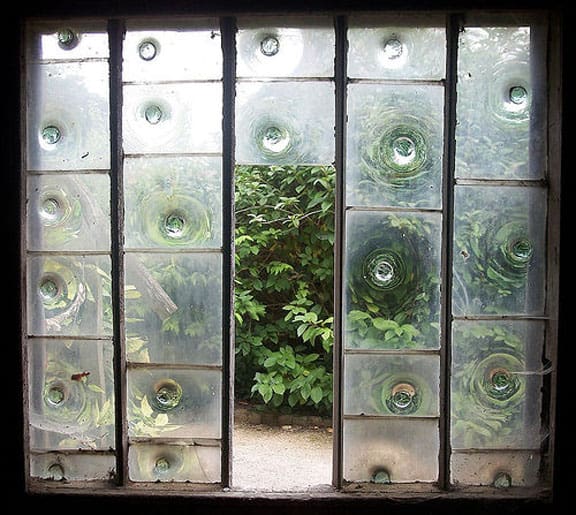 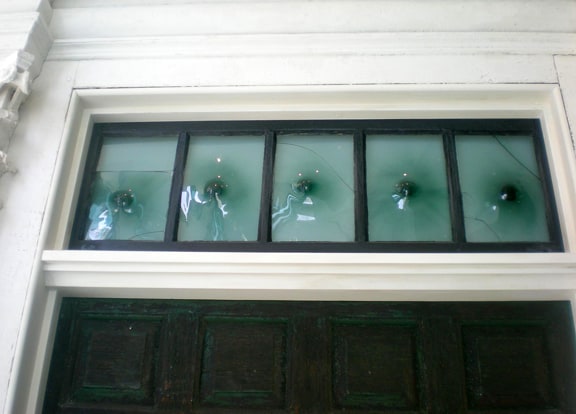 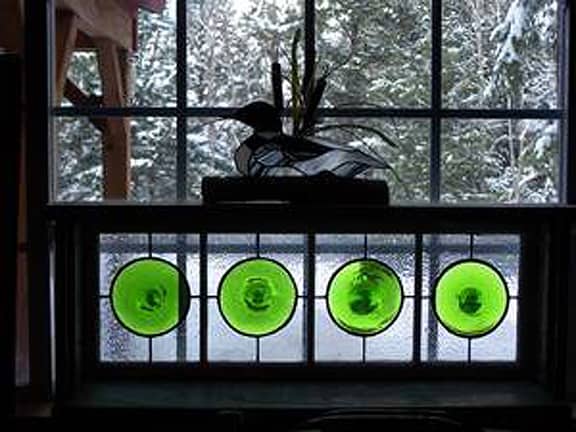 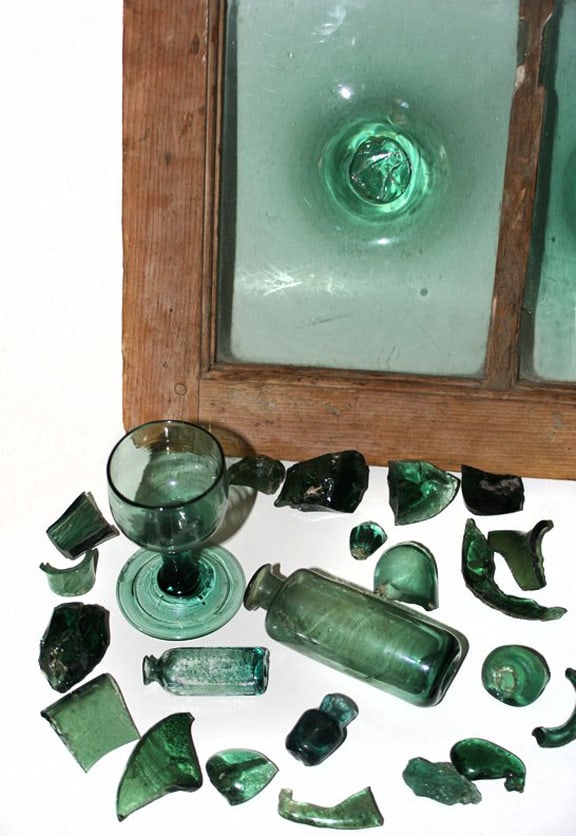 Possible Temple glass including a bullseye window pane that was removed from a 1780’s house 2 miles from Temple, New Hampshire – Michael George 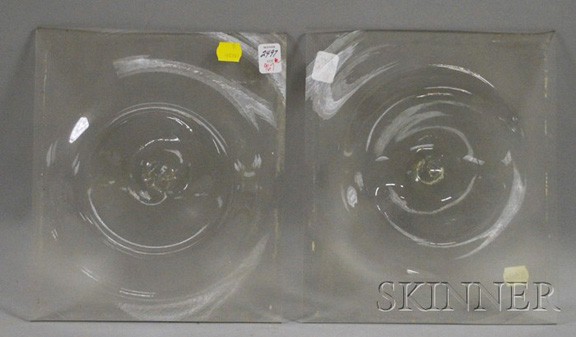 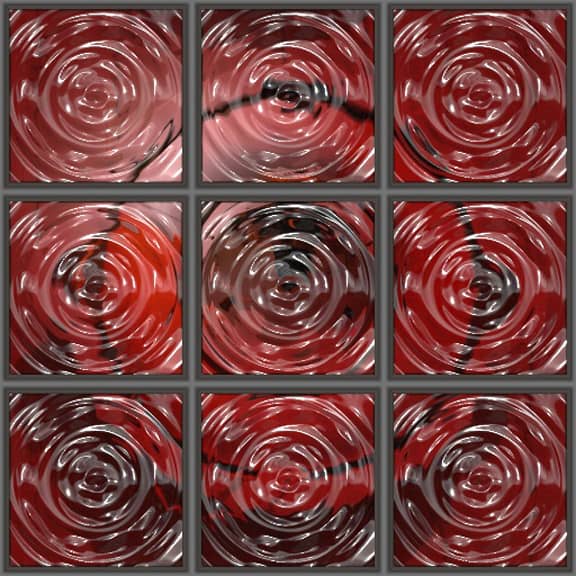 Ferdinand Meyer V is a native of Baltimore, Maryland and has a BFA in Fine Art and Graphic Design from the Kansas City Art Institute and School of Design. Ferdinand is the founding Principal of FMG Design, a nationally recognized design consultation firm. Ferdinand is a passionate collector of American historical glass specializing in bitters bottles, color runs and related classic figural bottles. He is married to Elizabeth Jane Meyer and lives in Houston, Texas with their daughter and three wonderful grandchildren. The Meyers are also very involved in Quarter Horses, antiques and early United States postage stamps. Ferdinand is the past 6-year President of the Federation of Historical Bottle Collectors and is one of the founding members of the FOHBC Virtual Museum.
View all posts by Ferdinand Meyer V →
This entry was posted in Art & Architecture, Blown Glass, Early American Glass, Freeblown Glass, Glass Makers, History, Technology, Windows and tagged crown glass, cylinder glass, glassblower, pane, windows. Bookmark the permalink.