Island Alex – A Man With A Passion

[In from West Coast collectors Pam and Randy Selenak (Orange, California) who are having this ‘to dream for’ bottle vacation in Key West, Florida. Pam is also the FOHBC PR Director. Coincidentally, I am in LA now near where Pam and Randy live and they are in Florida. I have been to their house before and it is really cool and filled with bottles] 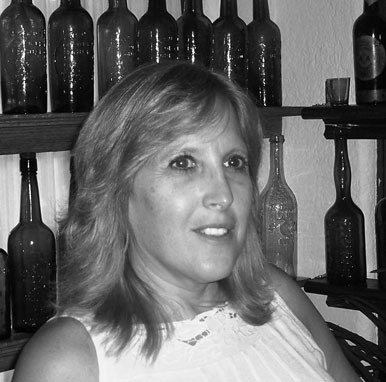 [email in yesterday from Pam]

We met Island Alex through a friend, Bob, last year in Key West. When we told Bob we were coming out again this year he told us he wanted us to meet his friend Alex. They were both interviewed by Channel 10 (Florida) sometime around the first of the year.

Alex intrigued me with his collecting of bottles by diving in the Key West waters. When we arrived at his house yesterday, I had no idea that his collecting went way past bottles. Alex and his wife, Mary, through salvaging ship wrecks and old dumps have built his house using things such as old bricks from the 17th, 18th, 19th centuries. They incorporated old coral found in some of the dumps into the stucco on the exterior of their home. I saw old bottles sticking out of the stucco on the exterior of their home also. Mary, who is a local artist, creates art with “stuff” they find. She is also an incredible painter.  Throughout the interior of their home I found artifacts from pirate days. Along with the huge anchor outside the house there was also an anchor inside their house.

There was bottles of all kinds everywhere. Alex and Mary are avid ecologists and through a google search I found an article on the impact of the oil spill in the gulf. Alex is a musician, writer of music and currently is in a local play here in Key West. He plays in his band at local bars here in town. With all this he still has time finding artifacts while staying within the law of 50’s here in Florida. As many of you well know how hard it is now days trying to dig or dive without getting the government involved. I will be writing more about Alex and Bob in a future Bottles and Extras. I don’t think I will make the deadline for this one so for sure the July and August issue. 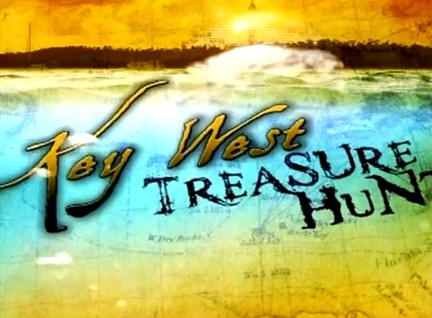 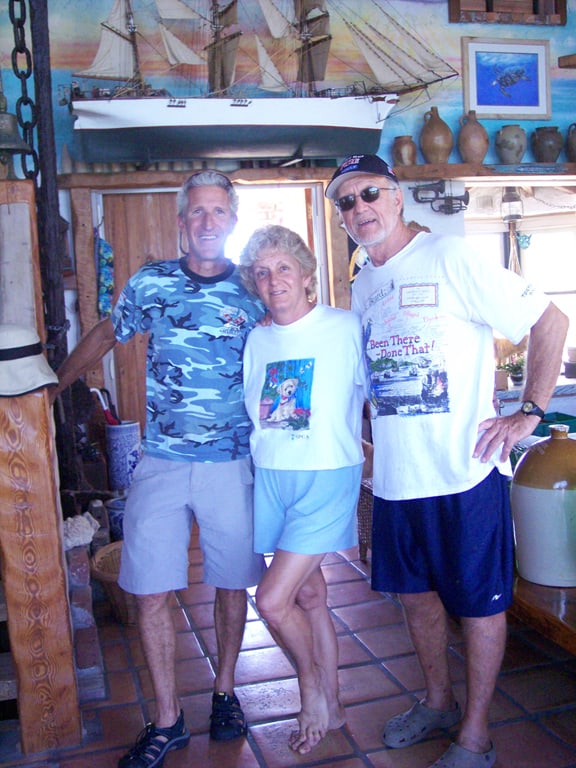 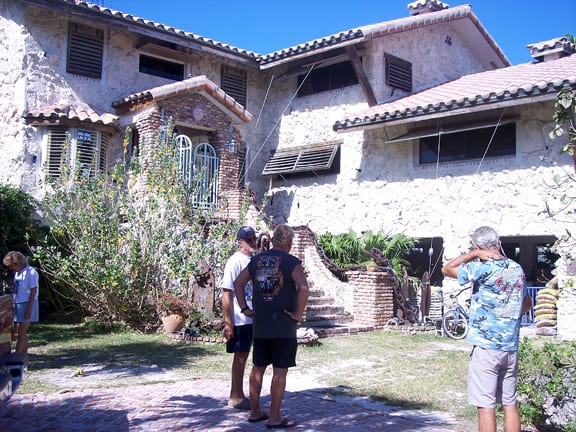 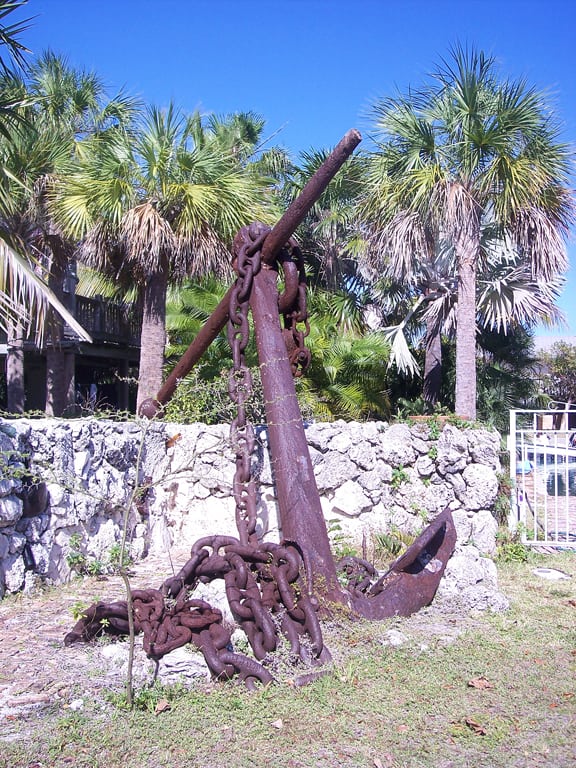 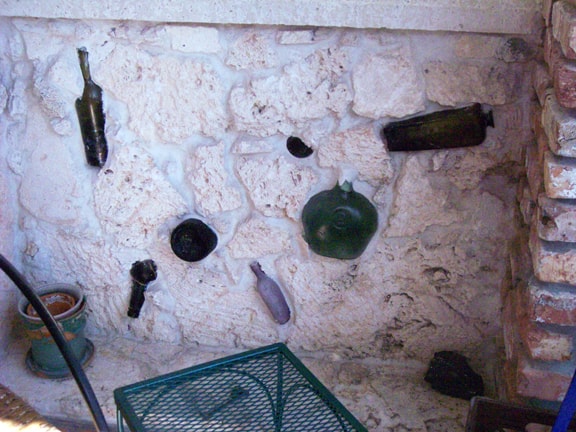 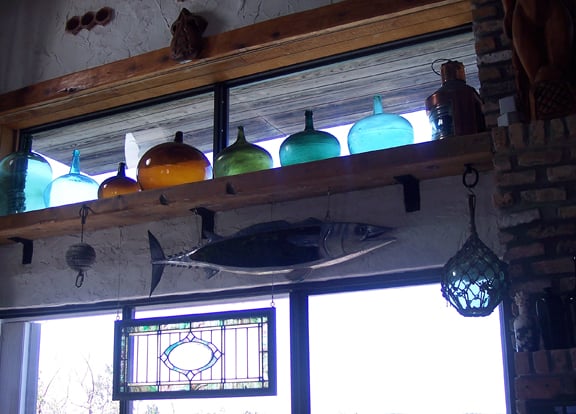 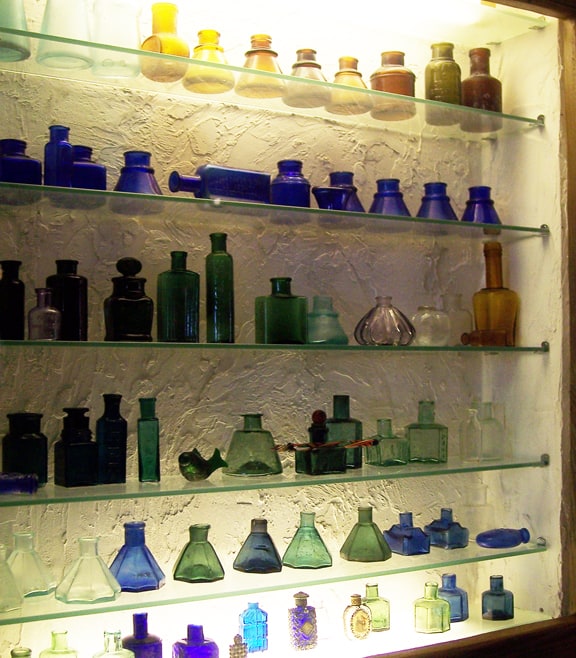 Ferdinand Meyer V is a native of Baltimore, Maryland and has a BFA in Fine Art and Graphic Design from the Kansas City Art Institute and School of Design. Ferdinand is the founding Principal of FMG Design, a nationally recognized design consultation firm. Ferdinand is a passionate collector of American historical glass specializing in bitters bottles, color runs and related classic figural bottles. He is married to Elizabeth Jane Meyer and lives in Houston, Texas with their daughter and three wonderful grandchildren. The Meyers are also very involved in Quarter Horses, antiques and early United States postage stamps. Ferdinand is the past 6-year President of the Federation of Historical Bottle Collectors and is one of the founding members of the FOHBC Virtual Museum.
View all posts by Ferdinand Meyer V →
This entry was posted in Bottles and Extras, Collectors & Collections, Digging and Finding, Diving, Gin, Historical Flasks, Inks, News and tagged Bottles and Extras, dumps, florida, fohbc, Hunt, Island Alex, Key West, Pam Selenak, pirate, Randy Selenak, Ship Wrecks, Treasure. Bookmark the permalink.