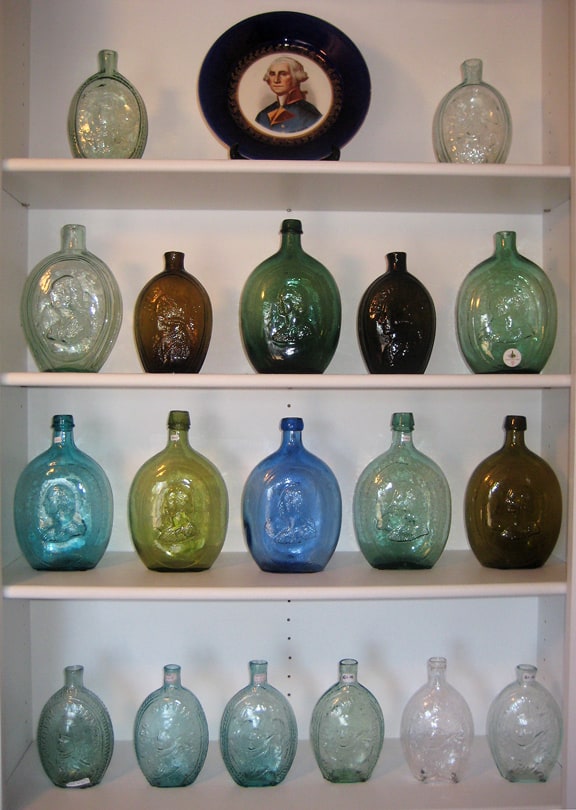 Historical Flask display - Necklas Collection (the G1-15 is on the bottom row, 2nd from right)

[In from collector Socrates Necklas, based on a story I heard about at the Baltimore Antique Bottle Show this past weekend]

Here are some pictures of the G1-15 in clear flint glass. There is info in the book Bottles, Flasks and Dr. Dyott by Helen McKearin.

I purchased this flask off of eBay on December 6, 2011. The seller said it was either a GI-14 or GI-15 in an unlisted clear color. When I saw the flask for sale, I figured I couldn’t lose whether it was a 14 or if I lucked out and it was a 15, it was still a rare flask. After I won the flask, I had contacted Mark Vuono, and he was very interested to see it. Then, in February, the same person on eBay put up a GI-15 in aqua. Mark and I were both bidding on it and did not know that we were bidding against each other. The price was low, and in the last few seconds I hit it, but I was outbid by Mark who had a larger bid. Mark then called me and told me he had won the bottle and that’s when I told him I was bidding on it too! Supposedly, this flask came out of a storage unit with a few other flasks. That is basically the story and the information below is about the GI-15 flask.

In the American Bottles and Flask and Their Ancestors book written by Helen McKearin, they stated “We have included this flask in as much as it is listed by Van Rensselaer. We do not have a specimen in our collection nor have we been able to locate one in any other of several large collections. It is possible this variation does exist and if so is an extremely rare flask.” The GI-15 is the same as the number 14, except the inscription is omitted on the edges of the bottle. The only color listed for the 15 is aquamarine. In the pictures I sent you, there is one with a 14 in aqua and the clear 15 together. You can clearly see the 14’s are never weakly embossed on the edge. According to the book, Bottles, Flasks and Dr. Dyott by Helen McKearin, the 14 mold was altered to make the 15 and I surmise that they used clay to fill in the inscriptions on the sides of the edge. As the mold was heated with the hot glass, the clay would shrink and sometimes leave ghost lettering behind from the original mold. This is only my opinion. Also stated in the book: “Dr. Robert Brill and Kenneth M. Wilson in the Corning Museum of Glass’s Washington-Eagles, 399-GI-16a (Frontispiece), seems to establish that this colorless and as yet unique specimen was blown after introduction of Dyott’s patent flint glass in 1831. One wonders if the flask, a variant GI-16, was brought out in flint glass in celebration of the centennial of George Washington’s birth in February 1831.” The difference between the 16 and the 15 is that on the 16 above the eagle, the latin words “E Pluribus Unum” is omitted. So maybe this flask that I have is a lot more valuable than we think, especially if it was done to commemorate Washington’s birthday.

I hope I didn’t get too carried away with all this history. Let me know what you think, Soc. 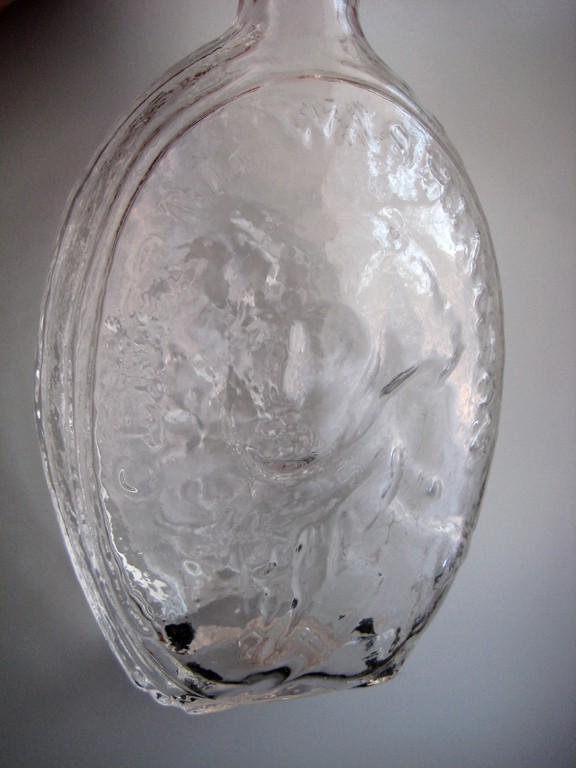 American Bottles and Flask and Their Ancestors 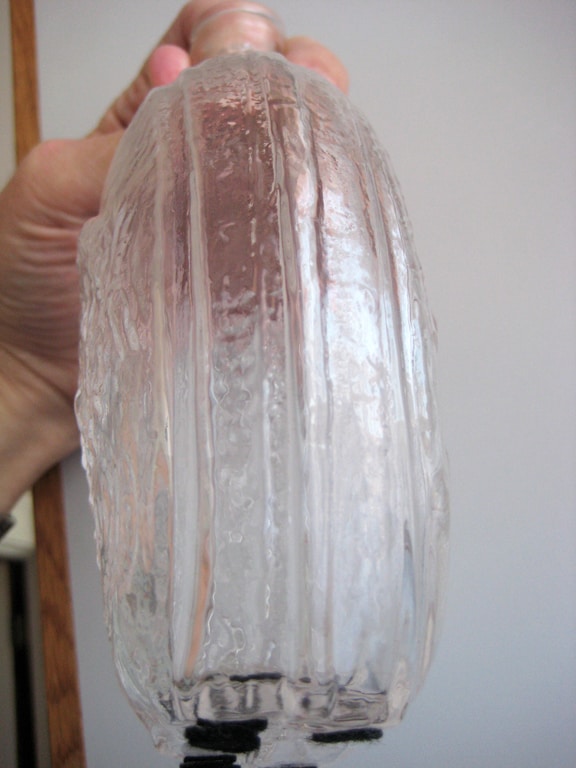 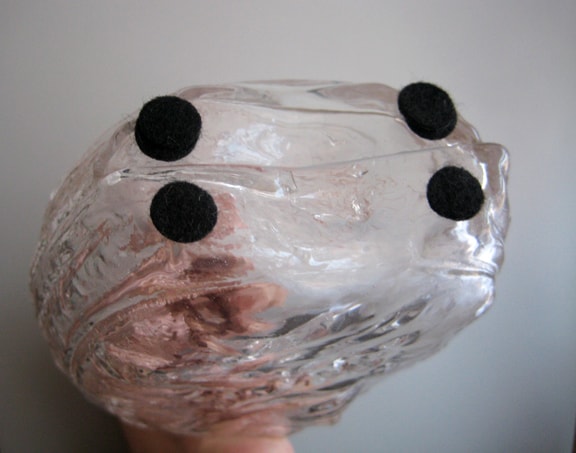 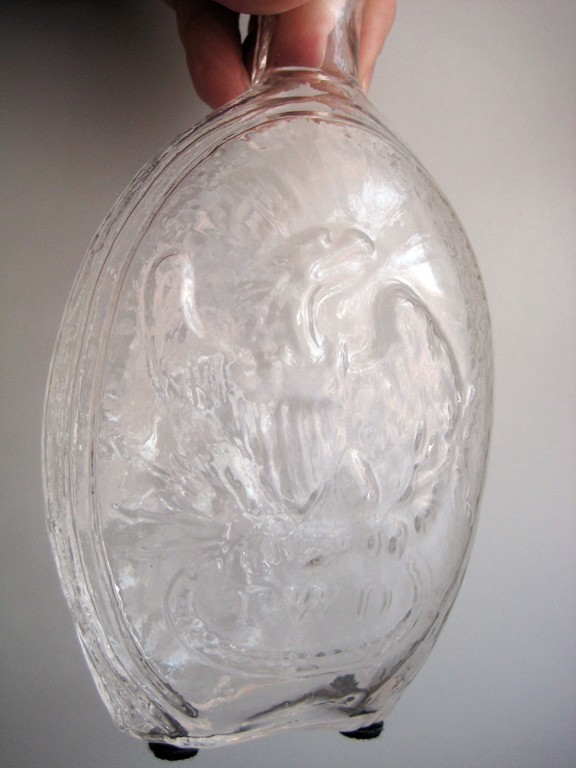 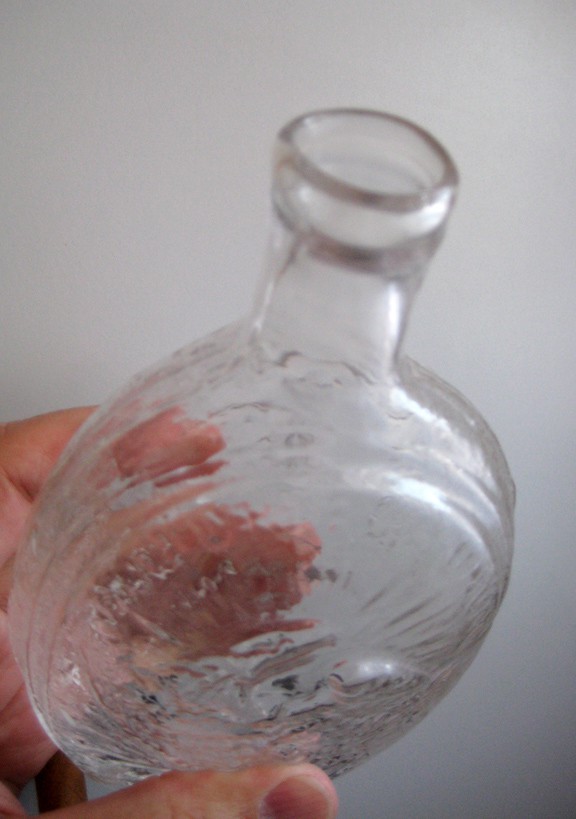 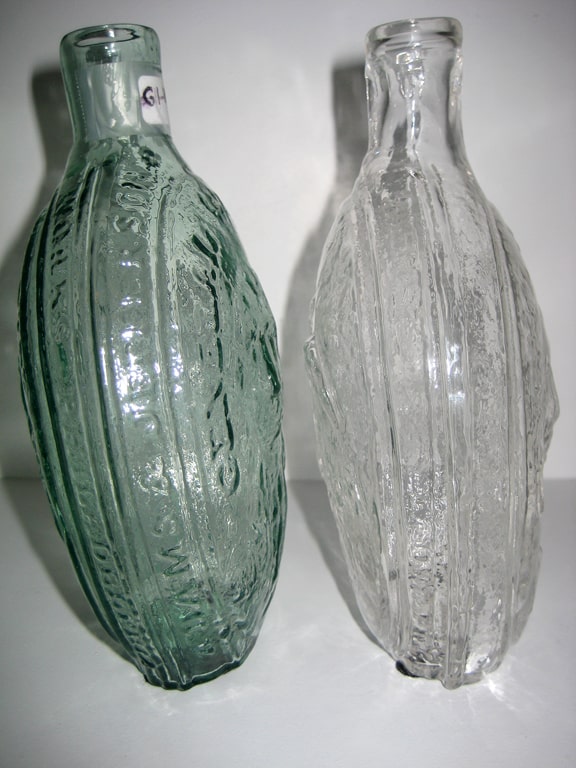 Ferdinand Meyer V is a native of Baltimore, Maryland and has a BFA in Fine Art and Graphic Design from the Kansas City Art Institute and School of Design. Ferdinand is the founding Principal of FMG Design, a nationally recognized design consultation firm. Ferdinand is a passionate collector of American historical glass specializing in bitters bottles, color runs and related classic figural bottles. He is married to Elizabeth Jane Meyer and lives in Houston, Texas with their daughter and three wonderful grandchildren. The Meyers are also very involved in Quarter Horses, antiques and early United States postage stamps. Ferdinand is the past 6-year President of the Federation of Historical Bottle Collectors and is one of the founding members of the FOHBC Virtual Museum.
View all posts by Ferdinand Meyer V →
This entry was posted in Collectors & Collections, Digging and Finding, eBay, Flasks, Historical Flasks and tagged bottles, Corning Museum of Glass, Dr. Robert Brill, eBay, Flasks and Dr. Dyott, flint glass, George Washington, GI-14, GI-15, Helen McKearin, Historical Flask, Kenneth M. Wilson, Mark Vuono, Socrates Necklas, Van Rennsselaer. Bookmark the permalink.