Look at this CAMPBELL & SEAMAN NEW YORK on eBay – WOW 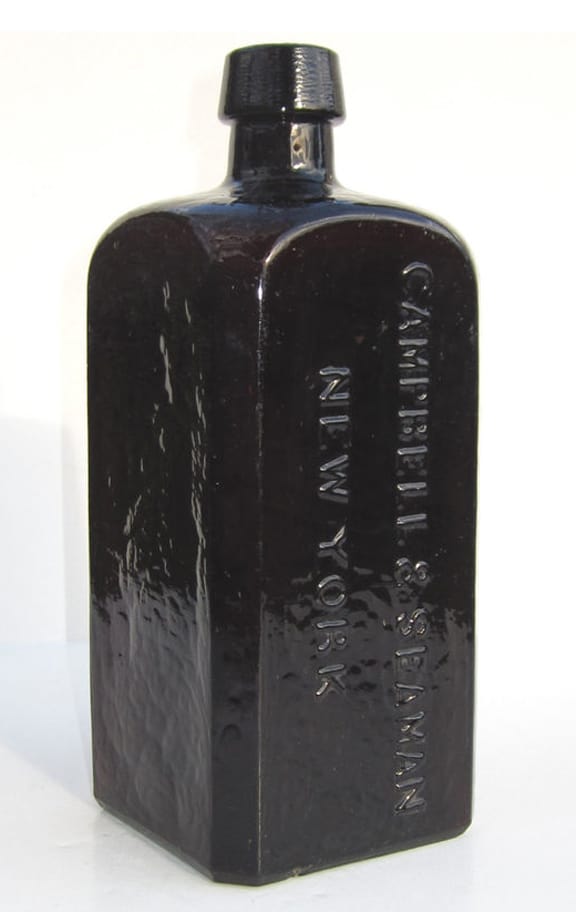 Look at this CAMPBELL & SEAMAN NEW YORK on eBay – WOW

27 January 2012 * This post has been updated twice with new information provided by Eric McGuire, Tim Adams and Michael George.

Jerseynotsobad on eBay is selling this incredibly crude New York bottle on eBay that I have not seen before. This is a killer! see listing It is described as follows:

Wow! Here we have one that I have not seen before. This is one of the crudest early squat square bitters or medicine bottle I have ever seen! Deep reddish puce amber, 6 1/4″ tall and the base measure 3 1/4″ x 3 1/4″. Blown in a mold with what may or may not be a sand chip pontiled base and applied top. Embossed CAMPBELL & SEAMAN NEW YORK. The bottle is so full of whittle it looks like it was carved from wood. Not any real stain with light wear/scratching. Quite a bit of base wear. I do not think it is a dug bottle. There is a large 3/16″ diameter potstone on the base edge that caused a cooling crack that measures 1″ across the base and 3/4″ up one side and 1/2″ up the other side of the base. I tried to show it in the last 2 images. You can see it when held up to a very bright light. The bottle may have been blown in a New England or New York glass house about 1850’s or earlier. The bottle is held up to the sun in Image #4, otherwise the glass is very dark. Also in Image #4, I see a dead moth (not a crack or potstone) inside the bottle next to the embossed &. Probably a very rare bottle. 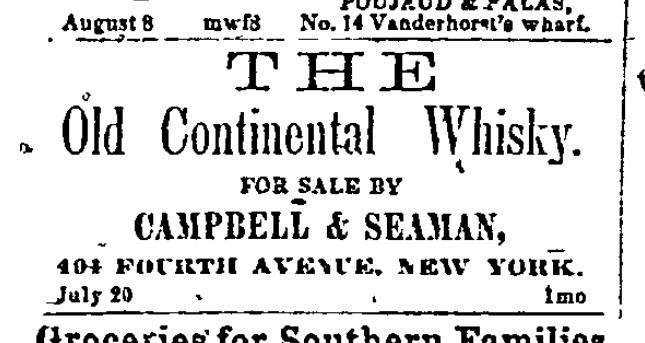 Holy Cr_p!  Excuse the expletive, but that is a stunning bottle. It looks like something that was made yesterday for Pottery Barn as a decorative item, however, it is truly old. Campbell and Seaman were grocers in NYC and in 1859/60 they were advertising their OLD CONTINENTAL WHISKEY. I am betting this bottle is an example of that product. See the attached ad from the Charleston Mercury for 15 August 1859.

It’s just a lowly “square”, but what an example!

I have one in a beautiful green. This is just the second one I’ve seen… 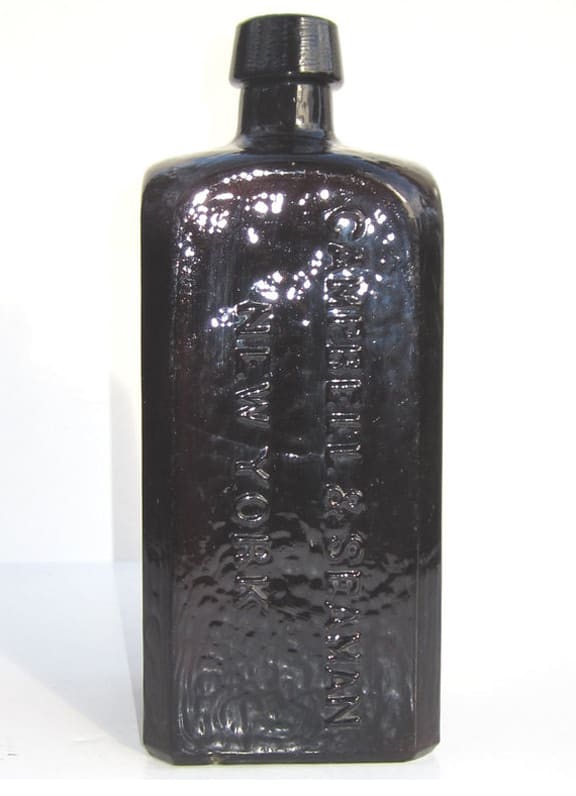 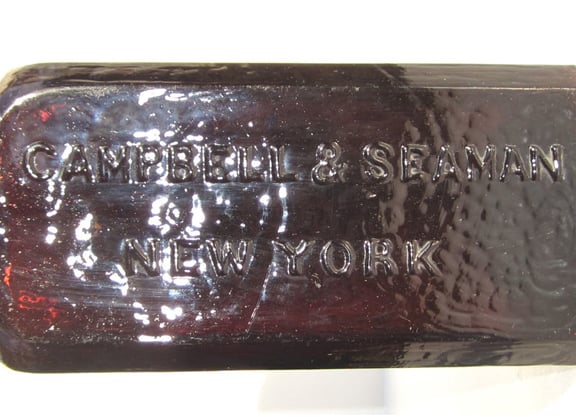 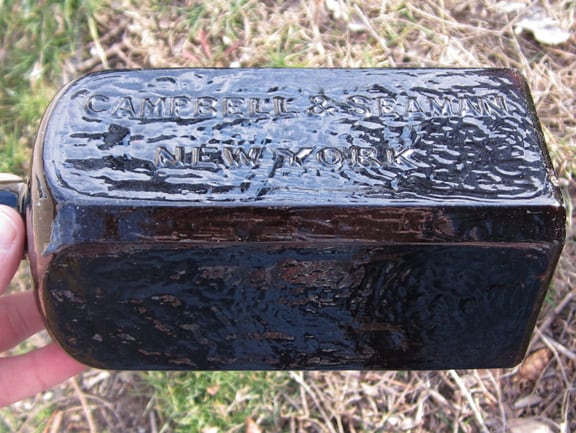 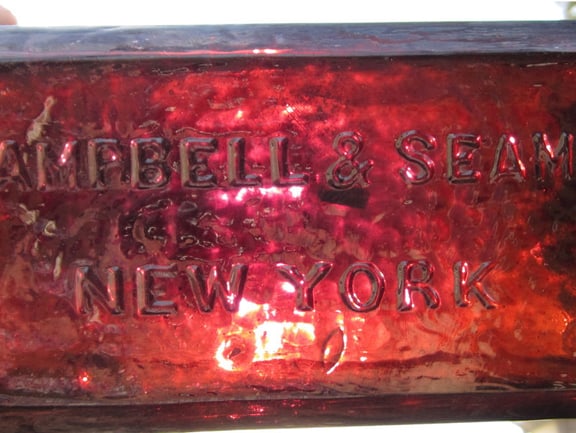 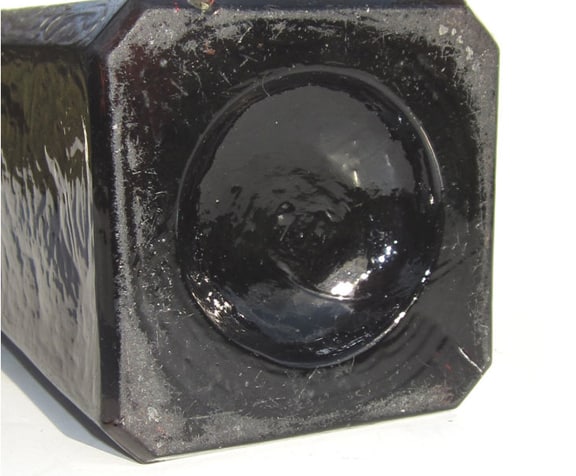 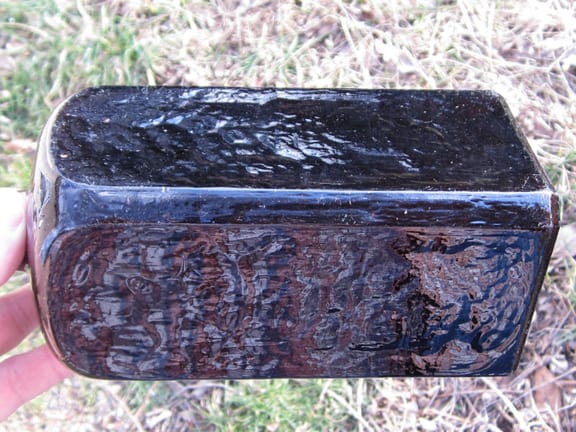 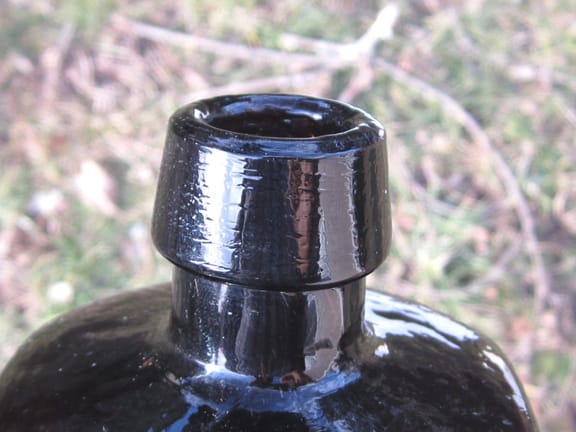 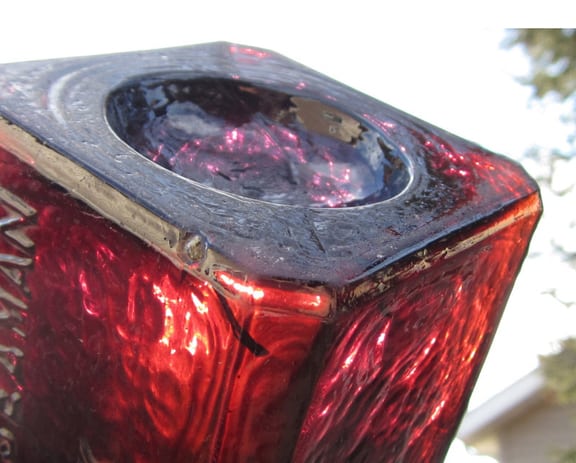 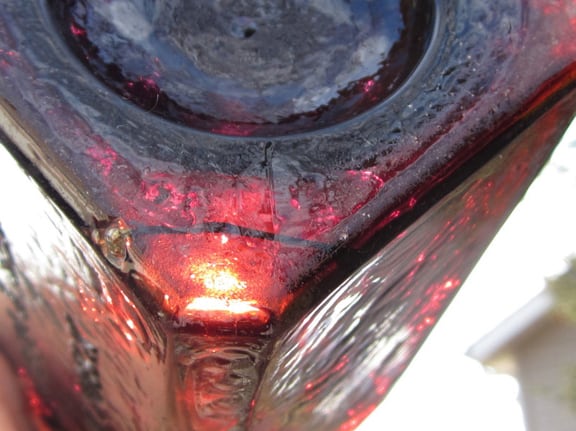 Ferdinand Meyer V is a native of Baltimore, Maryland and has a BFA in Fine Art and Graphic Design from the Kansas City Art Institute and School of Design. Ferdinand is the founding Principal of FMG Design, a nationally recognized design consultation firm. Ferdinand is a passionate collector of American historical glass specializing in bitters bottles, color runs and related classic figural bottles. He is married to Elizabeth Jane Meyer and lives in Houston, Texas with their daughter and three wonderful grandchildren. The Meyers are also very involved in Quarter Horses, antiques and early United States postage stamps. Ferdinand is the past 6-year President of the Federation of Historical Bottle Collectors and is one of the founding members of the FOHBC Virtual Museum.
View all posts by Ferdinand Meyer V →
This entry was posted in eBay, Medicines & Cures, Spirits, Whiskey and tagged Campbell & Seaman, Continental, eBay, Eric McGuire, Medicine, Michael George, New York, Tim Adams, Whiskey, whisky. Bookmark the permalink.