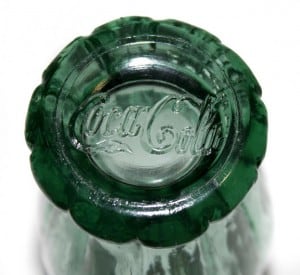 Thanks again for talking to me last week regarding our auction and your interest in posting it on your website. It’s now official. Below is our announcement:

We are pleased to announce to you the auction of our original 1915 Coca-Cola Prototype Contour Bottle and Concept Sketch. These items will be auctioned off individually during Julien’s Auctions “Icons & Idols Rock “N” Roll & Sports” event. Pre-auction bidding has already begun online. The live auction will be Saturday, December 3, 10:00 a.m. PST at Julien’s Auctions in Los Angeles. Interested parties can learn more by following the links below:

A contour Coca-Cola prototype bottle designed by Earl R. Dean. In 1915, when most beverages were packaged in generic, straight-sided bottles, bottlers worried that Coca-Cola was easily confused with imitators. Benjamin Thomas, co-founder of the Coca-Cola Bottling Company, came up with a solution. He stated, “We need a bottle which a person can recognize as a Coca-Cola bottle when he feels it in the dark.” In response, Coca-Cola launched a competition among bottle suppliers to come up with a distinctive design. During the 1916 Bottlers Convention, and among several other design entries, Dean’s contour design would be voted the winner. The prototype never made it to production since its middle diameter was larger than its base, making it unstable on conveyor belts. Dean resolved this issue by making the necessary alterations needed for the design to go into production. The contour bottle was so successful that it became the standard for the Coca-Cola brand. It was also the first bottle design to be granted trademark status by the United States Patent Office. The only other known example of this bottle is owned by the Coca-Cola Company. Bottle reads “Coca-Cola/ Trademark Registered.” Additional embossing of Coca-Cola can be found on the bottom of the bottle. 7 1/2 inches PROVENANCE From the Estate of Earl R. Dean.

A pencil on paper concept sketch of the 1915 contour Coca-Cola prototype bottle by Earl R. Dean. Due to a looming deadline, this is the only concept sketch of the “contour” Coca-Cola bottle ever made; it was sketched just hours before Dean produced the first prototype bottles. Looking for design inspiration, Dean went to the local library to search for images of the coca plant and kola nut, the two key ingredients believed to be in Coca-Cola. While looking up these ingredients in the encyclopedia and finding very little to inspire a design, Dean instead stumbled upon an image of a cacao pod. Intrigued by its vertical grooves, it would become the inspiration for his design. The sketch originally consisted of both a front and back-side view of the bottle. The patent attorney, who needed only one side of the bottle to send to Washington, cut the paper in half, taking with him only the back-side view. It is believed that this other half of the drawing no longer exists. 13 1/2 by 16 inches, framed PROVENANCE From the Estate of Earl R. Dean 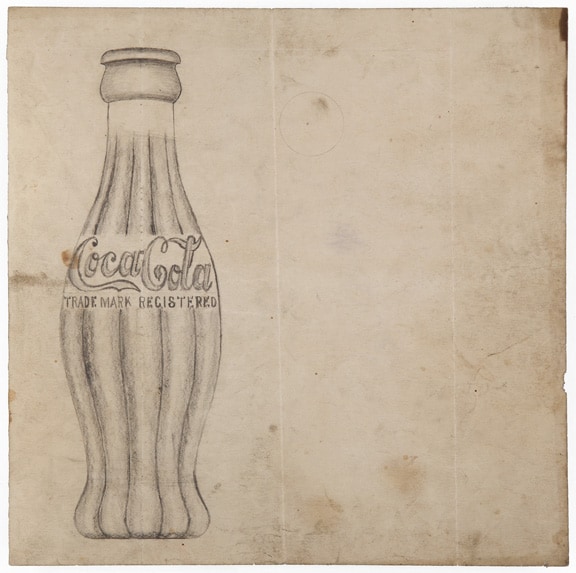 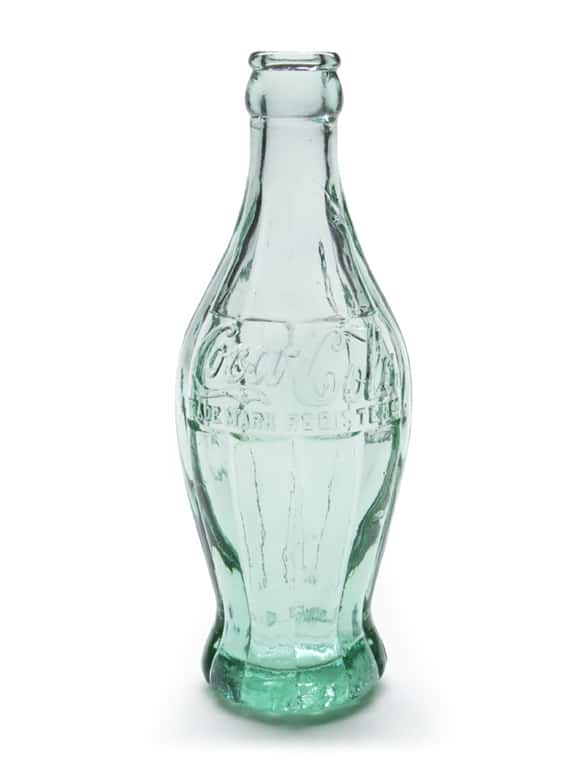 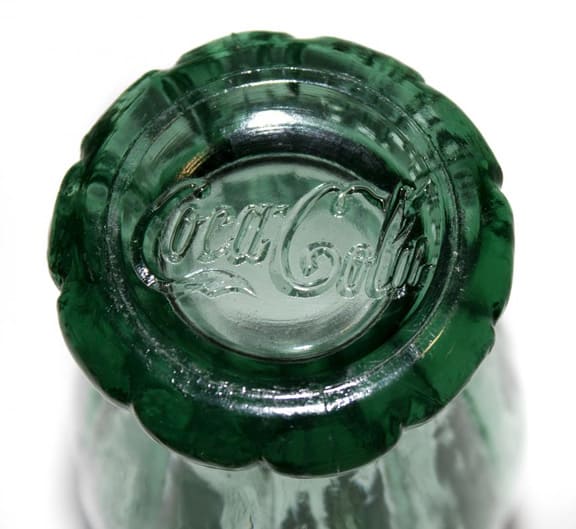 Ferdinand Meyer V is a native of Baltimore, Maryland and has a BFA in Fine Art and Graphic Design from the Kansas City Art Institute and School of Design. Ferdinand is the founding Principal of FMG Design, a nationally recognized design consultation firm. Ferdinand is a passionate collector of American historical glass specializing in bitters bottles, color runs and related classic figural bottles. He is married to Elizabeth Jane Meyer and lives in Houston, Texas with their daughter and three wonderful grandchildren. The Meyers are also very involved in Quarter Horses, antiques and early United States postage stamps. Ferdinand is the past 6-year President of the Federation of Historical Bottle Collectors and is one of the founding members of the FOHBC Virtual Museum.
View all posts by Ferdinand Meyer V →
This entry was posted in Auction News, Ephemera, News, Soda Bottles and tagged auction, Brad Dean, Coca-Cola, Coke, concept sketch, contour bottle, Julien's Auctions, Los Angeles. Bookmark the permalink.