The Beer Can House – A Houston Landmark

The Beer Can House – A Houston Landmark

I did a post earlier today on the Oro Grande California Bottle Tree Farm and earlier in the year on Thailand’s Million Beer Bottle Temple. Now I’ve got to sneak in the great Beer Can House in Houston. This Folk Art is just wonderful!!! 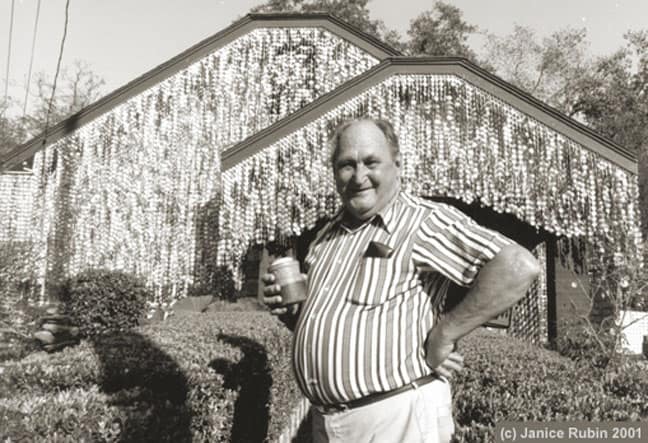 “Some people say this is sculpture but I didn’t go to no expensive school to get these crazy notions.”

ABOUT THE BEER CAN HOUSE

John Milkovisch, a retired upholsterer for the Southern Pacific Railroad, started his project now known as the Beer Can House in 1968 when he began inlaying thousands of marbles, rocks, and metal pieces into concrete and redwood to form unique landscaping features. When the entire front and back yard were completely covered because he “got sick of mowing the grass”, he turned to the house itself and began adding aluminum siding – aluminum beer can siding, that is. Over the next 18 years the house disappeared under a cover of flattened beer cans for both practical and decorative reasons. Garlands made of cut beer cans hanging from the roof edges not only made the house sing in the wind, but also lowered the family’s energy bills. Ripley’s Believe It or Not estimated that over 50,000 cans adorn this monument to recycling.

John considered his work an enjoyable pastime rather than a work of art, but he did enjoy people’s reaction to his creations. He once said, “It tickles me to watch people screech to a halt. They get embarrassed. Sometimes they drive around the block a couple of times. Later they come back with a car-load of friends…”

The house and landscape are adorned with many different types of beer that John, himself, drank (though his neighbors and his wife, Mary, were always glad to lend a hand!). Did he prefer one brand to the next? His favorite beer was always “Whatever’s on special”. 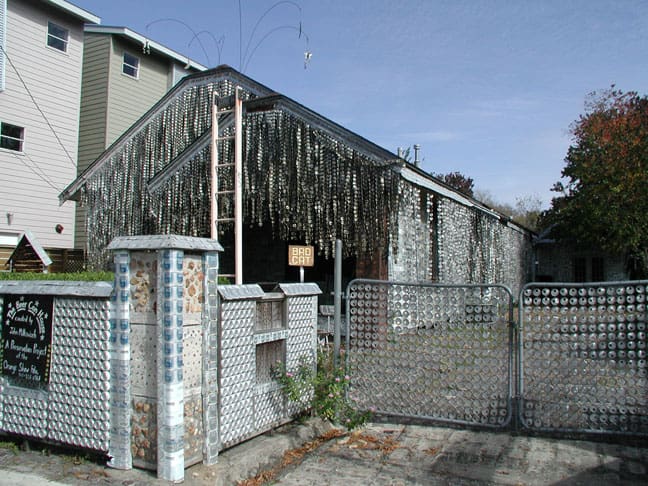 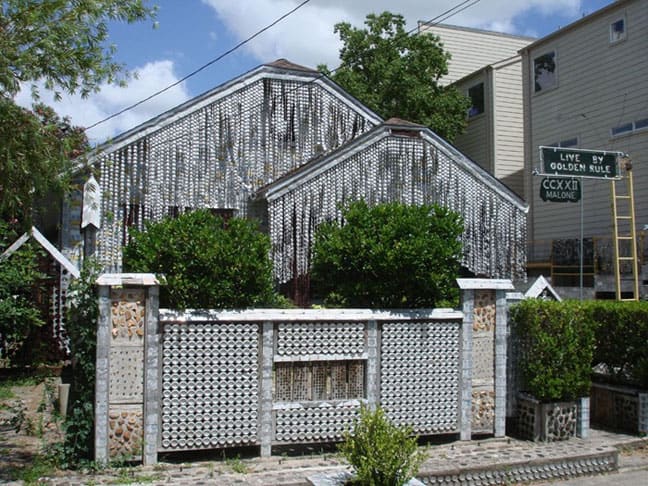 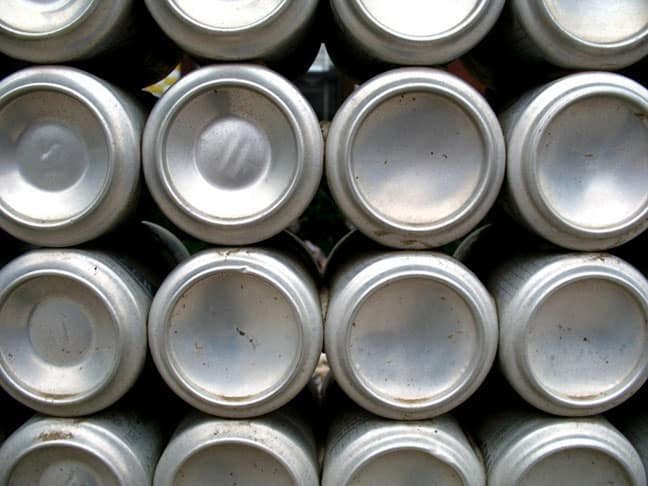 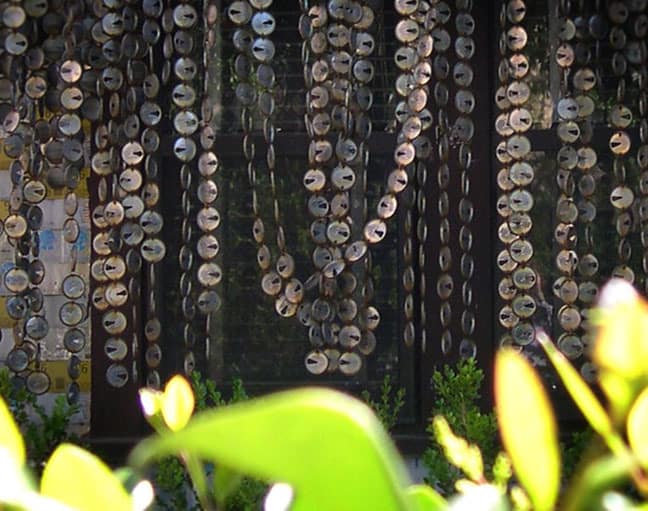 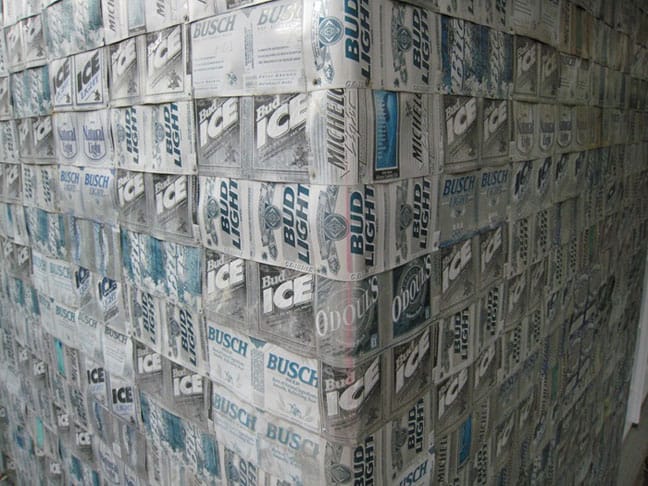 Ferdinand Meyer V is a native of Baltimore, Maryland and has a BFA in Fine Art and Graphic Design from the Kansas City Art Institute and School of Design. Ferdinand is the founding Principal of FMG Design, a nationally recognized design consultation firm. Ferdinand is a passionate collector of American historical glass specializing in bitters bottles, color runs and related classic figural bottles. He is married to Elizabeth Jane Meyer and lives in Houston, Texas with their daughter and three wonderful grandchildren. The Meyers are also very involved in Quarter Horses, antiques and early United States postage stamps. Ferdinand is the past 6-year President of the Federation of Historical Bottle Collectors and is one of the founding members of the FOHBC Virtual Museum.
View all posts by Ferdinand Meyer V →
This entry was posted in Art & Architecture, Breweriana, Folk Art, History, Humor - Lighter Side and tagged Beer Can House, Houston, John Milkovisch, Orange Show. Bookmark the permalink.