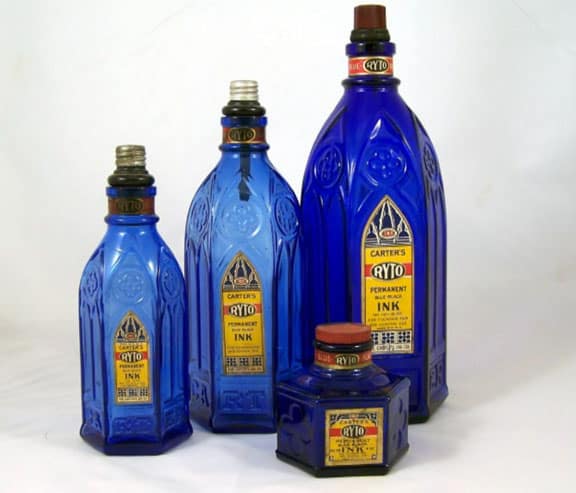 As part of my postings of John hINKels wonderful body of information on his labeled Ink Collection I am led to do a little research on the Carter’s Ink Company, at one time, the largest ink company in the world. Post 4 will include some of John’s labeled Carter’s Inks.

From Wikipedia, the free encyclopedia

Carter’s Ink Company was a manufacturer of ink and related products, in Boston and later Cambridge, Massachusetts. It was once the largest ink manufacturer in the world.

The William Carter Company, the forerunner of Carter’s Ink, was founded in 1858 by Boston stationer, William Carter who, in order to supplement his paper sales, had started repackaging other companies’ inks and selling them under his own name. In 1860, William Carter’s brother, Edward Carter, joined the company and the firm became known as “William Carter and Bro.”

The Civil War disrupted Carter’s primary ink supplier, so William Carter obtained the use of its formulas on a royalty basis and started making his own inks and mucilage, which necessitated the move to a larger building. Another brother, John H. Carter, joined the company, which became “William Carter & Bros.”

In 1865 William’s cousin, John W. Carter, joined the enterprise and the name became “Carter Bros. & Company.” John W. Carter focused his efforts on the ink part of the business which, along with the sales efforts of James P. Dinsmore, resulted in such growth that the ink business was separated from the paper business and moved into its own quarters in 1868.”

The entire firm and both of its divisions and their separate buildings were destroyed the night of November 9, 1872, in what has been called the Great Boston Fire of 1872. All that was left was the company’s good will and its formulas. 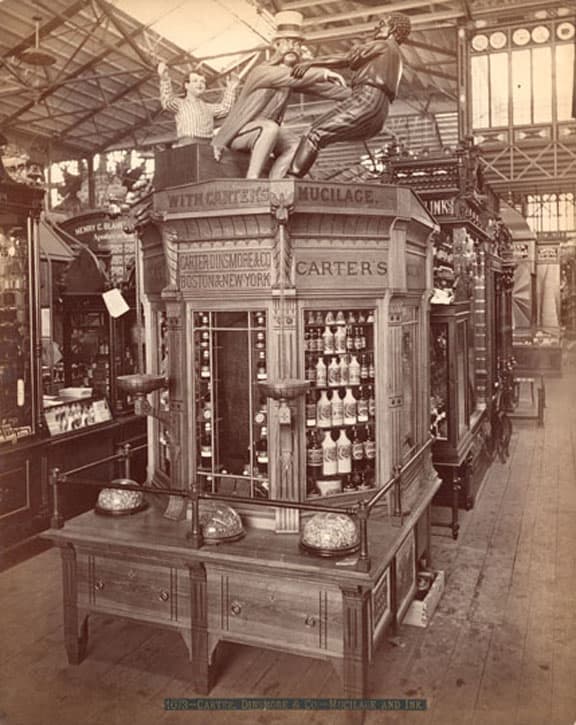 After the fire in 1872, John W. Carter teamed up with James P. Dinsmore to buy the ink division and start a new firm known as “Carter, Dinsmore and Company.” The new company thrived and by 1884 had become the largest ink producer in the world. Contributing to this growth was John W. Carter’s belief in and commitment to research to develop new and better inks.

James P. Dinsmore retired in 1888, and John W. Carter drowned in 1895, which created an organizational crisis in the unincorporated enterprise, which led to its incorporation later that year as “The Carter’s Ink Company

At the time of John W. Carter’s death, his son, Richard B. Carter was still studying at Harvard, but after his graduation in 1898, he joined the company and after a period of learning the business became its head in 1903.
Under Richard Carter’s leadership the company outgrew its Boston location and in 1909 a new factory was built in Cambridge and occupied in 1910. The building’s huge “Carter’s Inks” electric sign faced the Charles River and was an area landmark for many years. Richard Carter continued his father’s commitment to research and development of inks, glues and related products.

In the 1920s, when upmarket writing pens were a popular luxury item, Carter began its range of pens. The line was discontinued in the early 1930s, but they are still fondly remembered and sought after by collectors. 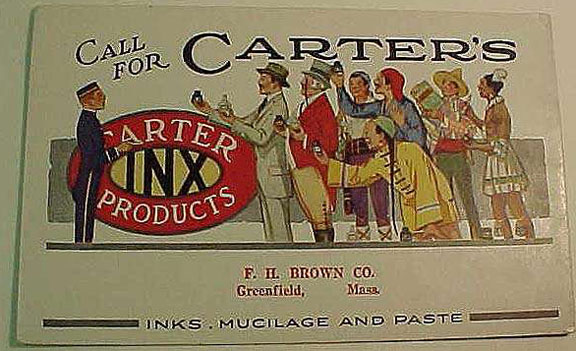 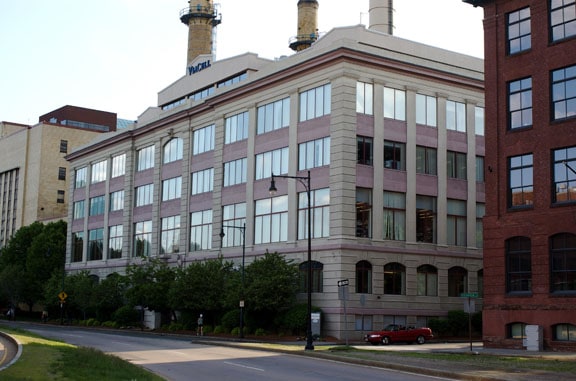 After acquiring Carter’s Ink Company in 1975, Dennison made the business decision to trash all of Carter’s records from the 1860s on. Among the things destroyed unfortunately were all of Carter’s meticulous ink research records. The Carter name is still used by Avery-Dennison on some ink-related products such as stamp pads. The Carter’s Ink building in Cambridge still stands but has been adapted to other uses.

Ferdinand Meyer V is a native of Baltimore, Maryland and has a BFA in Fine Art and Graphic Design from the Kansas City Art Institute and School of Design. Ferdinand is the founding Principal of FMG Design, a nationally recognized design consultation firm. Ferdinand is a passionate collector of American historical glass specializing in bitters bottles, color runs and related classic figural bottles. He is married to Elizabeth Jane Meyer and lives in Houston, Texas with their daughter and three wonderful grandchildren. The Meyers are also very involved in Quarter Horses, antiques and early United States postage stamps. Ferdinand is the past 6-year President of the Federation of Historical Bottle Collectors and is one of the founding members of the FOHBC Virtual Museum.
View all posts by Ferdinand Meyer V →
This entry was posted in Article Publications, Collectors & Collections, History, Inks and tagged Carter's Ink, Ink, John Hinkel. Bookmark the permalink.