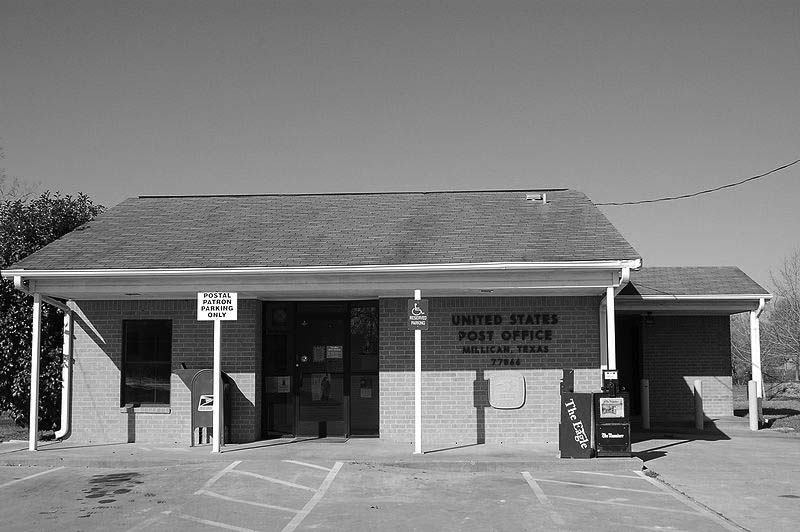 Received an email from Tom OShea that I thought was interesting. Jim Schmidt, read on, you have any info on Millican?

Hello, My name is Tom OShea. I met you at the Houston bottle show. I joined FOHBC per your recommendation, thanks. I am the guy from college station that collects pontilled medicines. Was wondering if you do any digging in Texas. I live near Millican and know someone that owns land where a hotel used to be in the mid 19th century. The town was nearly vacant once Bryan Texas came along in the later part of 1800. I’m not sure if anyone has ever explored the area but I was interested in getting my metal detector out this fall. Was wondering if you knew anything about Millican. There was a confederate army post there by the railroad during the civil war. I couldn’t find much written about the town. Thanks Tom

Yes I remember meeting. This is pretty exciting. I Googled Millican. Not much left. Looks like a great opportunity to explore. I am not a digger but could certainly connect you with some. Would you let me put a post on my web site or do you want to keep this quiet? Ferdinand

Thanks for looking into it. I might have to go to the state capital library or something to get info. Maybe you could post something on your website just to find out if anyone has researched the area or has any interest. I know some people there so I might be able to get permission if we find a spot to explore. I probably won’t do anything until November but that gives us some time to research the area. I know that they had a small pox outbreak in the late 1800’s which led to a mass exodus, most people going to Bryan. There was a confederate camp on Peach creek not far from the railroad in Millican. Of course the railroad is still there and there is a small cemetery but not much else. Take care Tom 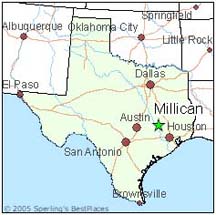 Below is some material I found researching on the web.

Millican is a town in Brazos County, Texas, United States. The population was 108 at the 2000 census. It is part of the Bryan–College Station metropolitan area. Millican is named after Robert Millican, the first white settler of the region that would come to be known as Brazos County. 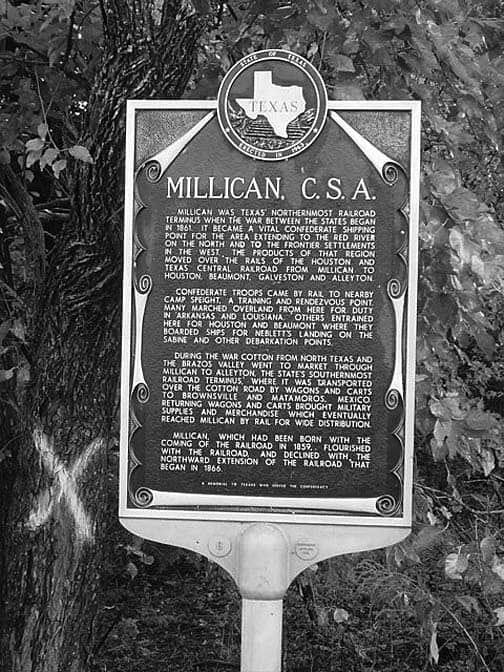 (2009) During the war years Millican was the largest city in Texas north of Houston and Galveston with a population of over 3000, as of the year 2000 there are now only 180 people there. This marker is located in Millican, Brazos County, TX on FM road 2154.

In July, Gill is in Millican, Texas “it is a miserable cutthroat hole.” 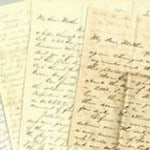 Houston, Texas; Millican, Texas; Cleveland, Ohio: June 21, 1865; July 7, 1865; Summer 1865; June 12, 1885 In May of 1865, Gill had been in Selma, Alabama. Sometime before June 21, 1865, Gill had moved to Galveston and eventually to Houston. Houston is an occupied city not particularly cordial to Union soldiers and vice versa. Gill writes: “Before we arrived, gold and silver was the only money used. There is any amount of ? Here. They do not care about taking our ‘green backs’ but our soldiers in purchasing offer them and if they are not taken (greenbacks) they, the soldiers, take the goods and walk off. Generally, though, the citizens are courteous but occasionally we meet some rabid rebels. Every one carries a larger bowie knife and revolver. One of the servants belonging to the 34th Iowa regt. Was killed yesterday by a citizen before we had been in the city fifteen minutes.” In July, Gill is in Millican, Texas (“it is a miserable cutthroat hole.”) Apparently, Confederate supporters are not accepting defeat graciously. Gill records an incident of defiance. “Yesterday, two men came to Head Quarters and were paroled. About an hour after one of them on horseback attempted to pull down the flag in front of Head Quarters. He succeeded in getting one half of it and rode off before the sentinel had time to cap his gun. His accomplice at Head Quarters at the time – he took hold of the sentinel’s gun and prevented him from shooting after the man on horseback.” “He was arrested and is now under guard. Had I my way he would be strung up to the first tree. There is an organized gang of these fellows. They were overheard by one of our soldiers making the plot. They intended killing the Colonel and stealing my pony and the adjutant’s and the flag. Before this soldier could get to camp to warn us, these two men had rode in town and partly accomplished their object. They have threatened to raise a force and make a dash into town and release the man we have under guard. Also threaten to kill every officer if they have to pick them off one by one. We have strong guards stationed about town and pickets out. I hardly think they will do us any harm. This seems very little like times of peace. Texas is an outlawed state. I wish our army had gone through the entire state and laid it in waste.” In the Summer of 1865, Dr. Gill received a letter from B.Stanton, one of his comrades and an assistant surgeon, who had also been taken prisoner in Texas by the Confederates. Stanton writes this letter on the year anniversary of their release. Stanton has been to visit Gill’s mother in Cleveland. Draft letter of recommendation for a family friend applying for the position of Acting Assistant Surgeon of the Marine Hospital (Washington, D.C.?), dated June 12, 1885, from Dr. John C. Gill. 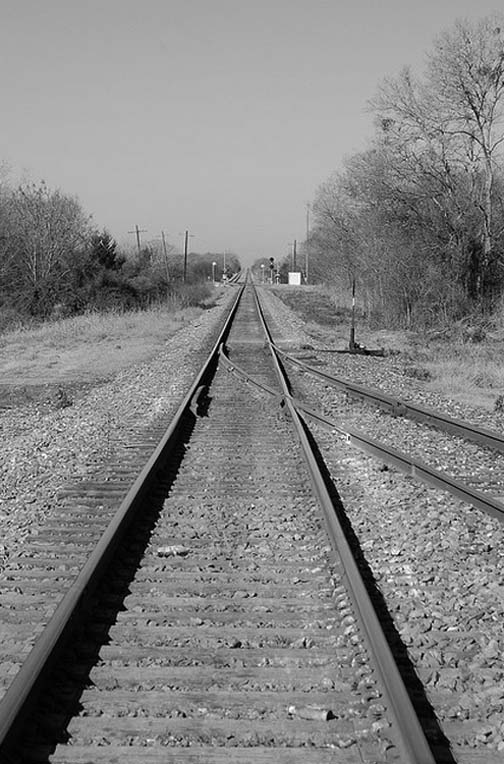 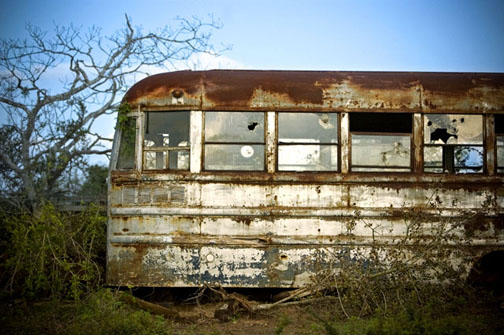 Ferdinand Meyer V is a native of Baltimore, Maryland and has a BFA in Fine Art and Graphic Design from the Kansas City Art Institute and School of Design. Ferdinand is the founding Principal of FMG Design, a nationally recognized design consultation firm. Ferdinand is a passionate collector of American historical glass specializing in bitters bottles, color runs and related classic figural bottles. He is married to Elizabeth Jane Meyer and lives in Houston, Texas with their daughter and three wonderful grandchildren. The Meyers are also very involved in Quarter Horses, antiques and early United States postage stamps. Ferdinand is the past 6-year President of the Federation of Historical Bottle Collectors and is one of the founding members of the FOHBC Virtual Museum.
View all posts by Ferdinand Meyer V →
This entry was posted in Civil War, Digging and Finding, History and tagged Millican, texas, Tom OShea. Bookmark the permalink.