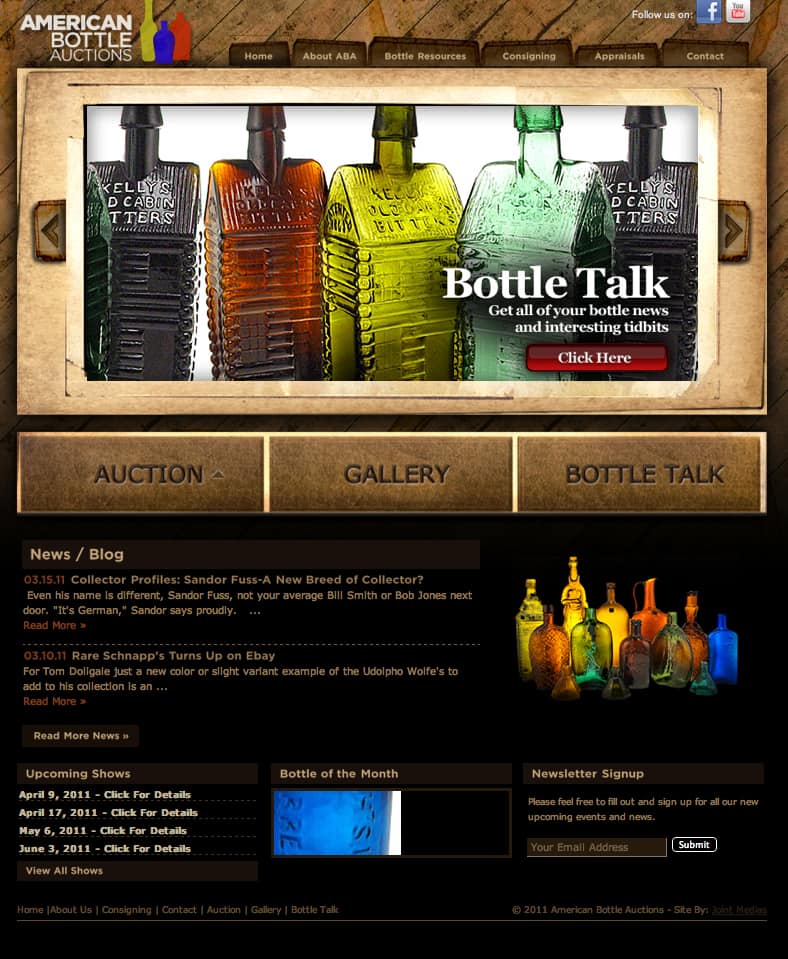 Jeff Wichmann, the amazing bottle auctioneer stationed in Sacramento, California changed his American Bottle Auctions web site and image in 2010. Jeff was instramental in getting me started. An all-around great guy, I consider him my good friend.

Ferdinand Meyer V is a native of Baltimore, Maryland and has a BFA in Fine Art and Graphic Design from the Kansas City Art Institute and School of Design. Ferdinand is the founding Principal of FMG Design, a nationally recognized design consultation firm. Ferdinand is a passionate collector of American historical glass specializing in bitters bottles, color runs and related classic figural bottles. He is married to Elizabeth Jane Meyer and lives in Houston, Texas with their daughter and three wonderful grandchildren. The Meyers are also very involved in Quarter Horses, antiques and early United States postage stamps. Ferdinand is the past 6-year President of the Federation of Historical Bottle Collectors and is one of the founding members of the FOHBC Virtual Museum.
View all posts by Ferdinand Meyer V →
This entry was posted in Advice, Auction News and tagged American Bottle Auctions, california, Jeff Wichmann, sacramento. Bookmark the permalink.